Trending
You are at:Home»Windows»5 great apps every Windows 7 Phone smartphone should have
By Gadgetman on Sep 22, 2011 · Windows 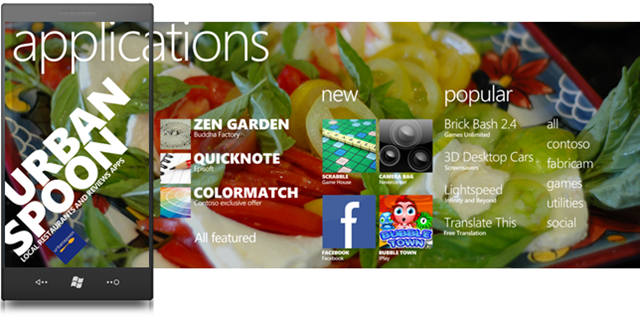 Windows Phone 7 is now a full-fledged, time tested OS that has received its first service pack (through the Mango update), which is practically Microsoft’s way of saying it’s out of beta and ready for prime time. Indeed, there are a lot of fixes in the new OS that make it more stable, faster and better in every way compared to the old version, and it can now actually compete with Android and iOS on a level playing field: it even has an advantage in games, which look better on this platform, and app development, which is easier with Microsoft’s tools and API than even on iOS – you don’t have to believe me, that’s what developers say.

The apps marketplace was pretty empty… for the first week or so, since Microsoft got some of the biggest players to port apps to the new platform, with thousands of smaller developers following soon after, so now there are over 50,000 apps in any category, and most of them are good quality and useful – just like apps should be. If you got a new Windows 7 Phone smartphone, here are the apps you should check out and install right away:

Youtube. The client for the most popular video site is surely a must have for every smartphone. Being that not even a day can go by without us trying to find out something new or view a show, music video or other thing, you simply must get this app on your new phone, if it isn’t already there.

Adobe Reader. All of us encounter PDF files every single day, and it’s pretty bad when you can’t open it immediately. With the Adobe Reader app for Windows Phone 7, you can open and view any DPF files on the Internet with a single tap. The resizing works perfectly well and the app itself is very fast, unlike its iPhone version.

Twitter. Twitter is the most popular (and well, pretty much the only) micro blogging platform online, and if you have an account there or like to follow other people’s updates, then an app for your smartphone is a must. Seeing as Twitter was designed for constant updates every hour or so, it’s much better and more efficient to just get your phone and read the latest tweets than power up your laptop, start the browser and go to Twitter’s web site.

Facebook. Facebook is the most popular social network online, and it actually gets more monthly views than Google in the US. It’s a wonder if you’re still not one of the ~500 million registered users, but if you are (which is more likely), you’ll surely want an app for your smartphone, which would help you keep in touch with your friends and relatives and make new contacts wherever you are and whenever you want. The app looks very clean, is fast and has all the features you might need.

IMDB. As you may know, IMDB is the biggest online database of movies and TV shows, and if you’re at least remotely interested in any current movies, shows, celebrity news and other things from the entertainment industry, you’ll surely like their own official app for Windows 7 Phone.

Of course, there are quite a lot of other apps that you could consider must have, so if that’s the case, you just need to visit the marketplace on your phone or install and launch the Zune app on your Windows computer and start browsing.