Trending
You are at:Home»Apple»6 great apps that will work only work on jaibroken iPads and iPhones
By Gadgetman on Jan 9, 2011 · Apple 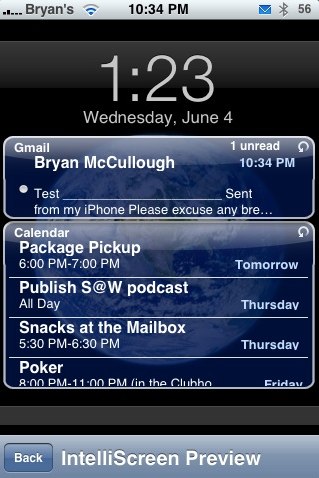 The iPad and iPhone 4 are the current kings of the market when it comes to mobile devices, and each of them has carved a specific niche, which other manufacturer followed through as competitors. Both of them are revolutionary products, having changed the way people think about smartphones, tablet PCs and mobile computing in general.

Both of these devices can do the same things, as they run on the same OS and have the same hardware (the iPhone 4 actually has more RAM than the iPad), with the only difference being in their screen size, which is actually noticeable when you need to have as much screen space as possible.

But despite being so great, they do have their drawbacks. While they’re perfect for what they do, there are some limitations that have been imposed upon them by Apple for various reasons, the official one being that it stops users from breaking the system accidentally, and the unofficial, rumored reason being that network operators make more money selling their 3G contracts and tethering plans.

But these limitations can easily be lifted by a process called “jailbreaking”, which gives you full access to the file system, so you can change whatever you want however you want. Here are just a few apps (which are only available online and on the unofficial marketplace, Cydia) that you can run on a jailbroken iDevice, and which show just how much more it can do.

Intelliscreen. This app gives you a lot of great features that you would expect to have on a standard iPhone or iPad. It brings any kind of notification you need right on to your lock screen, so you don’t have to slide and unlock your phone to get access to vital information like new emails, To Do tasks, latest Twitter replies, news, weather and much more.

OpenSSH. By default, the iOS (the operating system that powers the iPhone 4, iPad and iPod Touch) doesn’t come with the ability to use secure networking because it requires deeper access into the system. With a jailbroken iPhone and iPad, that is not a problem since you get full access to it. With OpenSSH, you can connect to any SSH server you need without much hassle and control it remotely from anywhere.

iPhoneModem. Tethering is disabled by default on the iPad and iPhone because the networks would of course want you to pay a fee to use such a feature. With a jailbreak, you can finally get access to the Internet on your laptop using your phone as a wireless router.

Winterboard. The home screen of the iOS is a bit boring at times and lacks any customization features whatsoever. With Winterboard, you can change the wallpaper, background, icons, and menus however you wish. This makes your phone much more personalized and fun to use.

AppBackup. Backing up your information is pretty important, but you simply can’t make a full backup of your iPhone or iPad because you don’t get full access to the OS system files. With a jailbroken device, making a full backup that you can just simply restore later on any device is simple than ever. You can practically make an image of your phone with all the apps and flash it on a new phone, which can be really useful when you lost your iPhone or iPad, or simply bought a new one.

Fring. Fring is the ultimate all-in-one communication tool for your iPhone 4 or iPad. It lets you make cheap calls to other Fring users, Skype users, landlines and cell phones, as well as send messages to almost every IM service out there, including AIM, Yahoo, MSN, ICQ and many more. It is truly a must have if you need to stay in touch with a lot of people at once.

There are actually a lot of other great apps that you can run on a jailbroken iPhone or iPad, and the latest iOS 4 gives you a whole lot more useful features when unlocked than in its stock form, that’s why you should at least consider jailbreaking your iDevice. The risk is minimal if you do your homework (you can always restore your device to its original state, and not even the Apple technicians will know), and the potential gains are pretty good, so why not try?