Trending
You are at:Home»gadgets»A quick overview of the upcoming Sony Ericsson Playstation Phone
By Gadgetman on Jan 23, 2011 · gadgets 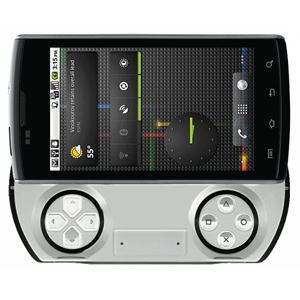 Sony’s PlayStation Phone has generated quite a lot of discussion over the past few months, with everyone expecting it to be a revolutionary smartphone with an integrated gaming console that would easily rival the new iPhone 4, Android and Window Phone 7 devices in terms of gaming capabilities.

A lot of mockups of the phone have been created by enthusiastic users, but the end product looks quite disappointing compared to them. It’s not the revolution everyone was waiting for, but it’s definitely not as bad as some people say.

The new Sony PlayStation Phone (also known as Zeus) is basically an Android smartphone with a twist: it has a slide out game controller very much like the one you’ll find on the PSP Go. The buttons are arranged a bit differently though, but the prototype may not be the final version, so that is subject to change. I really hope that Sony integrates more buttons to allow users to play game emulators comfortably, but that’s highly unlikely as they will want to sell their own games, too.

There is no special operating system for the games, and it appears that Sony has succumbed to the Android behemoth and will release games for this OS, although it’s unclear if they would be playable on other phones (it should be possible on models with QWERTY keyboards, with a few hacks maybe).

The phone itself looks a lot like the Xperia X10, another Android phone from this company. The difference, aside from the sliding controller, is mainly in the internal hardware, which has been upgraded to the new Qualcomm Scorpion platform, at least according to rumors. This is the same chip that powers the T-Mobile G1/HTC Desire Z, and at the same 1 GHz, it’s both faster and less power hungry than the Snapdragon, as you would expect of a next generation processor.

To complement the powerful CPU, Sony has integrated 512 MB of RAM, which should be enough for most games (the graphics adapter will most likely be the bottleneck, anyway). The smartphone will also have a micro SD card slot, and that’s probably the best choice for a gaming device, as you’ll be able to swap cards with games and maybe keep a card with work apps if you use it as your all-in-one device.

While there is no confirmation of the screen size, it is safe to assume that it will be either 3.7 or 4.1 inches, based on the company’s other smartphones. That should be more than enough for any applications.

While the game controller looks more like a gimmick, as a QWERTY keyboard would be better suited for everyday work and gaming (like some Walkman and Cybershot phones, which integrate the navigation joystick and numbers pad with audio and camera controls pretty well), it could prove better for intensive gaming and people who use only the touch screen, yet want the ability to play games comfortably.

The Playstation Phone will be officially announced and demonstrated at 2011’s Mobile World Congress, so we’ll see all the details then. The release date for the phone is set for April-May in the UK and US, which isn’t a very long time to wait.