Trending
You are at:Home»Windows»Can Windows 7 compete with Android and iOS on tablet PCs?
By Gadgetman on Jan 30, 2011 · Windows 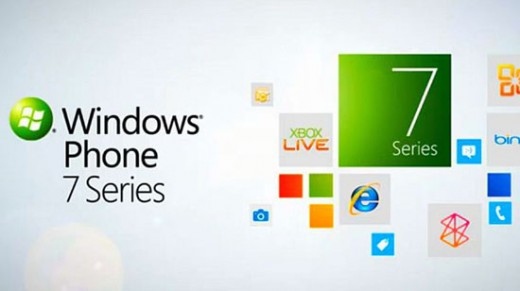 With all the hype around the iPad and various Android tablets, everyone seems to have forgotten about the OS that basically fathered all of the slate movement: Windows. There were Windows based slates and convertible tablets a decade before the iPad was released, and they were used by professionals in huge corporations – the iPad just took that and made it popular for the usual consumers, who needed something simple for their everyday uses.

But there are still significant advantages to having a tablet running on the desktop Windows, such as having access to the thousands of complex apps and features that let you do everything without having to switch between software and operating systems. If a business user had the choice between the full Outlook and the Gmail app on their tablet, which one do you think he would choose? Of course Outlook, because not only are business people already used to it, but they also benefit from the multiple features that Gmail doesn’t have.

The x86 platform has been outdone by ARM on mobile devices simply because the latter are much more power efficient, but if we had a choice, we’d be running Windows 7 and Mac OS X on our smartphones right now, no doubt about it, because nothing beats convenience.

Microsoft has actually implemented a lot of features into Windows 7 that make it work perfectly on a tablet PC without any drivers or software. It has support for touch screens, mobile video graphics adapters and a pretty advanced voice control integrated right into the core. It is also fast enough to run on today’s 1.6 GHz Atom processors without a hitch, unlike Windows Vista, which was pretty much a resources hog.

And there are a few manufacturers that didn’t forget about it and are still building Windows based tablets, which is a Godsend for all the professionals who need this OS everywhere they go in their daily line of work. You can easily find them by Googling “Windows 7 tablets” and you’ll definitely be surprised by how well they look and work, though the price might set you off, as Intel Atom (and recently Core i5 ULV) based devices are quite a lot more expensive than your usual Snapdragon and Hummingbird Android tablets.

If you are using Windows applications in your daily work, there is nothing better than having an ultra-portable tablet running the same OS, which can easily connect to and sync with your desktop when you come home or to your office. Running the full Outlook 2010 along with Skype, Word, Excel and Adobe Reader wherever you are is very convenient, not to mention it’s actually easier to use them with a touch screen.

So don’t disregard Windows-based tablets as a thing of the past – they can definitely come in handy if you’re using the OS every day and need access to professional tools that have been around for a while, not just half baked apps for a mobile platform that is only in its infancy. If you’re in the market for a new tablet, be sure to check out all the new Windows 7 devices you can find – you’ll definitely change your mind and possibly want to buy one of them instead of an iPad or Android-based tablet.