Trending
You are at:Home»gadgets»Jays t-Jays Three review
By Gadgetman on Feb 20, 2011 · gadgets 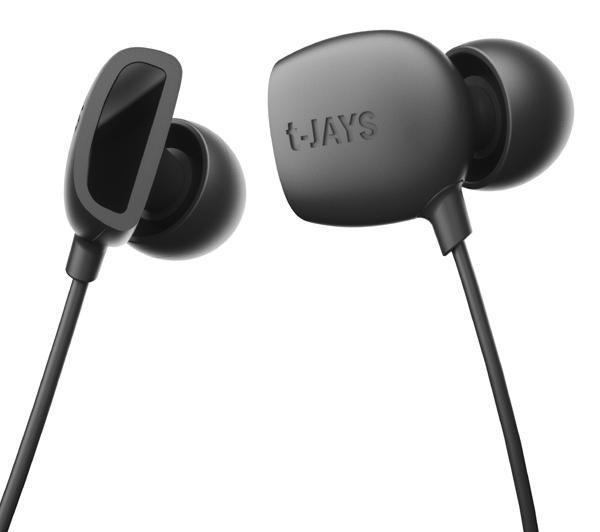 Sweden is famous for a number of things, some of which are: the Vikings, Volvo, Swedish meatballs, IKEA, and ABBA. Amongst audiophiles however, the Swedes are also known for Jays, a relatively new brand in the world of audio that has been winning rave reviews throughout.

Established only four years ago in 2006, Jays have become a force to be reckoned with as far as in ear headphones are concerned. And in April, they launched their new t Jays series of headphones and are aimed at the mainstream crowd. The t Jay series is offered in three variants, One, Two and Three, and the one we have with us is the top of the line t Jays Three. Physically, the three headphones are identical, but their drivers are tuned somewhat differently and t Jays Three gets the most accessories, but more on this later.

The first thing that strikes you about the t Jays headphones is its small size. It’s less than 2cm long from any point you measure and weighs a mere 8 grams, making muddy, although it can be a bit it one of the tiniest and lightest headphones on the market today.

Its ultra lightweight coupled with Jays’ wonderful assortment of silicone ear sleeves (five pairs in total), makes the t Jays an absolute joy to wear you’d be hard pressed to find an ear sleeve that doesn’t fit you.

Speaking of accessories, the t Jays Three has no shortage of them. Apart from the five pairs of silicone ear sleeves, the headphones also come with a swanky carrying case, stereo splitter and even an airline adapter.

Jays make no bones about their t Jays series, saying that it was engineered for deep bass, warm midrange and a wide soundstage. The three t Jays models share the same size speakers, and the only difference between them is that the t Jays Three possesses the widest frequency response.

Not surprisingly then, the t Jays Three is very bass happy. Fortunately, bass notes are well controlled and not too muddy, although it can be a bit overwhelming at times. Mids are smooth sounding and fairly warm, but the highs could use a bit more sparkle and clarity. But really, we are nitpicking, because at S$168, you’ll be hard pressed to find another pair of headphones that sounds this good and comes with so many accessories. In all, for bass heads who want bang for buck, the t Jays Three is a worthy consideration.