Trending
You are at:Home»Apple»Comparing the iPad and iPad 2 review
By Gadgetman on Mar 12, 2011 · Apple 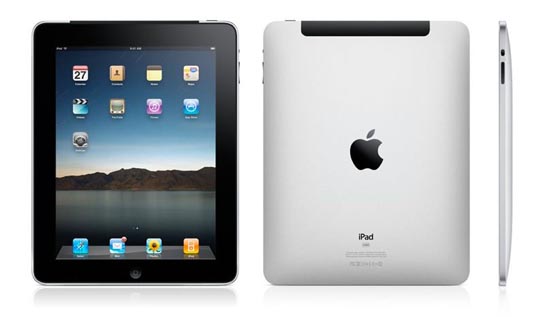 The iPad 2 will officially launch on March 11, 2011 and promises to bring many enhancements and improvements to the phenomenally successful first generation iPad. Apple CEO Steve Jobs held an hour long press conference, even though he is officially on medical leave, to provide an overview of the new iPad 2 and to give some comparisons with the original iPad.

The iPad 2 has some noticeable new features such as two cameras, one on the front and a rear facing camera and stated that like the original iPad; the iPad 2 will continue to get 10 hours on its battery. The feat is quite impressive when you think of the new software and hardware loaded into iPad 2. One of the most impressive facts about the Apple first generation iPad is that it has sold more than every other tablet PC ever sold. Though it’s too early to compare the sales of the iPad 2 with those of the iPad, there is a strong chance that the iPad 2 will outsell the original iPad.

The original generation iPad has a 1 GHz Apple A4 CPU and the iPad 2 has a 1 GHz Apple A5. The A5 chip is twice as fast and on dual core processors giving the iPad 2 twice as much speed as the first generation. In fact, during Apple CEO’s press conference he stated, “It is an all new design. It is not a tweaked design, it doesn’t have marginal improvements, it’s completely a new design.” The first design features that Steve Jobs pointed to that separates the iPad 2 from the first generation iPad is that iPad 2 is “dramatically faster.” This is, due to the new A5 chip.

Not only is the new A5 chip creating more speed with the iPad’s CPU, it provides up to 9x faster graphics. Video games, watching movies and television programs take on a whole new level thanks to Apple’s new A5 chip.

The original iPad weighed 1.5 pounds while the new iPad 2 weighs 1.3 pounds and the iPad 2 has a completely new design in two colors: black and white.

There are models for the iPad 2 that will work with either AT&T or Verizon networks. Though there are many changes between the iPad and iPad 2 there is no difference between the battery life as the iPad 2 gets 10 hours on the battery, which is quite impressive considering the new programs, hardware and smaller, sleeker design.

The iPad 2 also features HDMI video out, unlike the iPad and has up to 1080p and works with all of the apps found in the app store. The other major difference is the smart cover. The smart cover not only protects the iPad 2 but it instantly puts your iPad to sleep and wakes it up instantly, can be transformed into a stand for your iPad.

Magnets will also grasp the smart cover and auto aligns it and Apple made certain that the cover wouldn’t increase the weight of the iPad. The micro fiber lining also cleans the screen. The new iPad has many features not available in the first generation iPad.