Trending
You are at:Home»Apple»Apple found a way to include a camera into iPod nano 7
By Gadgetman on Apr 2, 2011 · Apple

Earlier today we found that new version 7 of iPod nano may have a camera as shown in the photo from Apple.pro

Looks like Apple finally found a way to include a camera into the touchscreen of this new iPod nano, that’s definitely will add a functional value to this product. 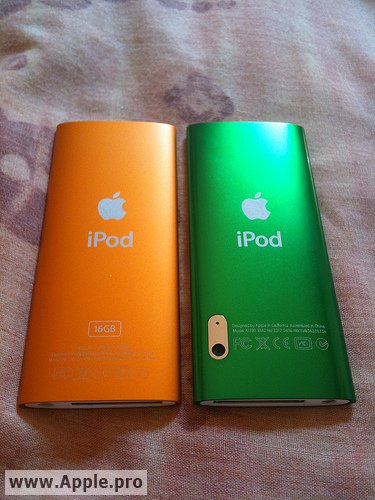 Most likely this new iPod nano 7 launch will be announced during the Apple’s famous Music and Mobile event in September.

And of course, Apple may make more changes or totally modify that prototype or even drop some features as it was before with “video only” camera in one of the previous iPod nano releases.

It’s obvious, camera will be useful on that Apple’s marquee media player (oh and it should be 5mpx at least, please!) and we hope Apple will not skip it in actual production release of this iPod nano 7