Trending
You are at:Home»Apple»Apple May be Coming to T-Mobile
By Gadgetman on Apr 24, 2011 · Apple 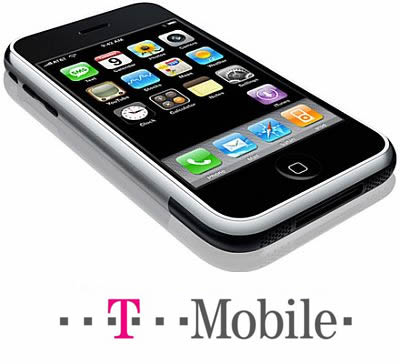 A new rumor recently came alight from BGR, which suggests that Apple may be testing the iPhone on T-Mobile’s network. An image released clearly shows a white iPhone bearing a 3G signal from the wireless carrier.

It is known that the current iPhone 4 does not support T-Mobile’s 3G AWS 1700 MHz band, and this may either be a legitimate rumor or simply a great Photoshop manipulation.

According to the rumor, the prototype model sports an internal model number of N94, which definitely forms part of Apple’s numbering scheme. It also contains Apple’s test apps, which is an indication that this is not a retail handset.

For iPhone fanatics, we want to make it clear that this is under no circumstances an indication that this may be the iPhone 5. This may indeed be a prototype used to test the performance of a 3G radio compatible with T-Mobile’s network.

For the many T-Mobile clients, this rumor may come as great news. We do, however, hope that this rumor may soon become a reality for the thousands of clients who are longing for that iPhone on the network.