Trending
You are at:Home»Apple»White iPhone 4 Causes Problems for Case Makers
By Gadgetman on Apr 29, 2011 · Apple 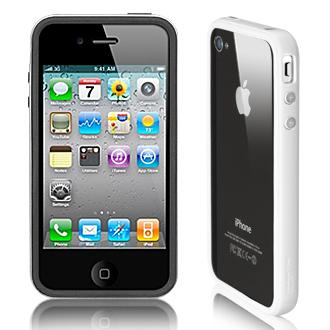 As many iPhone 4 users already know, there appears to be a difference in the thickness between the normal iPhone 4 and the white iPhone 4. Not only did thousands of iPhone fans jump to the opportunity of grabbing a white iPhone 4, but they are all now stuck with the problem of getting a case that would fit the new device!

The size difference created a problem since all the good cases are manufactured against the tight tolerances supplied by Apple. Although current cases can house the new device, they have to be forced into the case.

Unfortunately Apple’s own specifications page does not highlight the change in thickness to the device, instead it is still showing a 9.3mm depth with a small disclaimer stating: actual size and weight vary by configuration and manufacturing process.

A question is now asked by consumers why the new white iPhone is thicker than the normal iPhone. Well, according to Phil Schiller his team needed to add extra UV protection and other tweaks, in an attempt to reduce the ‘unexpected interactions’ between the cover’s whiteness and the internal components of the phone.

The big question we have is: why did Apple never make this public, or at least ensured that cases for the device would be made available by the time of its launch!