Trending
You are at:Home»Apple»5 great apps you simply must have on your new iPad 2
By Gadgetman on May 3, 2011 · Apple 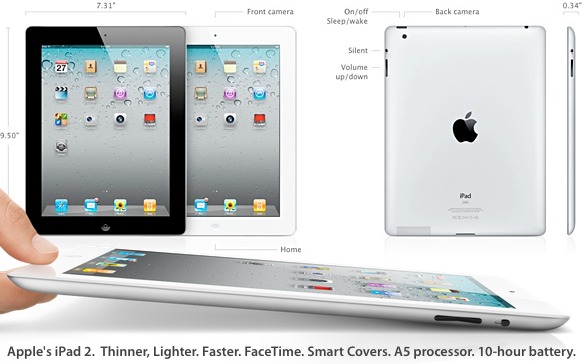 Apple started shipping the new iPad 2 just over a month ago and it has already sold over 1 million units, with more going to end users every single day (Best Buy actually had to limit the number of units sold for a while). The device is undoubtedly a great successor to the first model, with just enough upgrades to make the purchase worth it. It has more power (dual core processor, more RAM and better graphics card) and it’s thinner and lighter, which makes it very good for holding with one or two hands – it’s almost like a paper notebook.

Despite the fact that all of the iPad apps work on the new model, most of them don’t take advantage of the dual core power or the new graphics capabilities (including the hardware HD video decoder/encoder), which is a shame. However, developers are working on making the apps fully compatible with the iPad 2, and there are already a lot of apps that have been updated. Here are just a few of the best:

iMovie. The new iMovie app takes full advantage of the new iPad’s hardware power, and lets you create and edit HD videos on the go, whenever you want, right on the 9.7 inches touch screen. It’s pretty amazing seeing it in work, actually, since you wouldn’t normally think that such a small device is capable of mixing and encoding videos, but it is, and it does it very well. You can add in audio effects, special video effects, cut and paste frames and parts of a video, and much more – the app is definitely enough for Youtube videos, for example.

GarageBand. GarageBand is another wonderful app for the iPad 2 (it also works on the first iPad) that lets you use the tablet as a musical instrument and portable mixing station. With it you can do simple audio mixes anywhere you are, and even replace some instruments if you’re in dire need. There are dozens of musical instruments with high quality samples, and you can also create your own samples by recording a real instrument (useful for creating loops, for example). The mixer is multi-track and looks and works just like the desktop version, which is very nice.

SketchBook Pro. SketchBook was pretty much a must have even for the first iPad, and with the added power of the second version, it’s a shame not to have it. This app is the most powerful drawing board for amateur and professional artists who need an all-in-one instrument for all their needs. There are lots of tools and brushes for painting, and the capacitive touch screen makes it very easy to do it using your fingers (it even has a synthetic pressure sensor that actually works well), and the editing abilities are much better than any paper or canvas can offer, that’s for sure :-).

Flipboard. Flipboard is a very innovative app that lets you read the news and surf the Web the way you want it. It lets you syndicate and arrange the data from various sources (news sites, Google, Facebook, Twitter, Flickr, Youtube and many more) in a nice and beautiful way, without the extra clutter of the separate websites. You basically create your own personalized magazine, which is automatically updated and you can read any time you want – pretty amazing, and definitely a must have on the iPad! 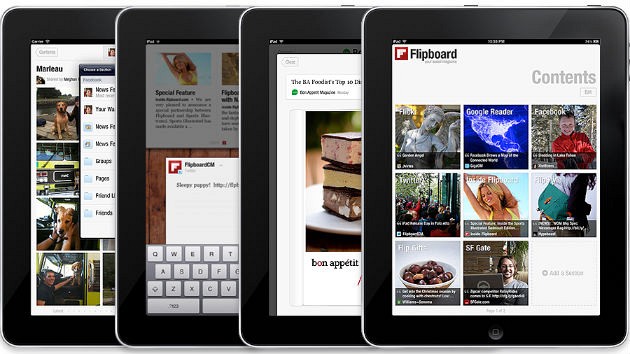 Keynote. Keynote is one of the best presentation apps for desktop computers (not only on Macs!), and the iPad version doesn’t disappoint, either. It has everything you might need to successfully create and conduct a great presentation wherever and whenever you need. The new version that was released with the iPad 2 has a few new features and themes added, otherwise it remains the same.

As time goes on, there will be more and more apps on the market that take full advantage of the new iPad’s capabilities, but until then, you can try the above apps to see the real power of the new dual core processor, graphics adapter and use the integrated cameras.