Trending
You are at:Home»Apple»iPhone 3GS May Not be Upgradable to Upcoming iOS 5
By Gadgetman on May 25, 2011 · Apple 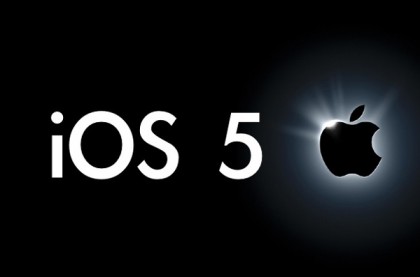 Rumors are rumors, nothing more, but when they come from a reputable source and one that has a history of accurately predicting mobile phone rumors, we tend to pay attention to them. Eldar Murtazin from Mobile-Review recently Tweeted that the iPhone 3GS will not be upgradable to iOS 5 when it is released this fall.

As many Apple fans know, Apple has dropped support for the original iPhone in iOS 4 and limited support to certain features of iOS 4 on the iPhone 3GS, so could this be an obvious move that the company totally drops support for the device in iOS 5?

According to us, by selling a product and not support it on the latest operating system may be unfair to many consumers investing in the product.

But, in all fairness, when looking at other rumors doing the rounds, it would appear that iOS 5 will boast with the biggest changes in the operating system since its launch, so it would make sense that there will be some big hardware requirements. Whether the older devices, including the iPhone 3GS would be in a position to meet these requirements remains to be seen.

And, this may indeed be the reason why the 3GS will not be supported by the upcoming operating system, if the rumor becomes a reality.