Trending
You are at:Home»Camera Reviews»Panasonic Lumix GH2 – the natural evolution of digital video and still cameras
By Gadgetman on Jun 20, 2011 · Camera Reviews 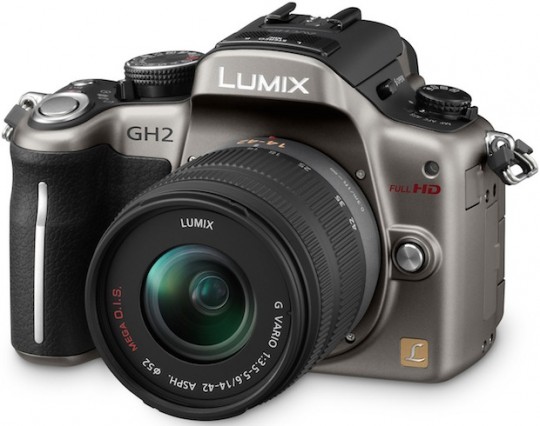 Olympus and Panasonic’s new Micro Four Thirds format for digital cameras is slowly gaining traction, although many don’t understand the benefits of choosing it over the older Four Thirds format, which is considered “true DSLR” because it has actual mirrors instead of everything being digitized.

Frankly, the only thing the new format offers for now is reduced size, but it also brings to the table the possibility of much higher picture quality in the future, when sensor technologies are perfected. Until then, manufacturers who choose it will have to draw in potential buyers with other things. Panasonic seems to be on the right track with their new video/dSLR hybrid cameras that are actually good at both filming videos and shooting stills – perfect for enthusiasts of both or people who don’t want to carry two separate devices for each task.

The first hybrid was the GH1, and it still is an amazing digital camera that can shoot videos just like a good mid-range prosumer camcorder. And now, Panasonic has released its successor, the GH2, a new and improved device that brings the “hybrid” part to a whole new level.

The GH2 looks pretty much the same as its older brother GH1 – there are no major differences, aside from a new rubber grip and body finish, which changed from the soft plastic to a more “rugged” look, but it still is and feels like plastic – pretty durable, though, you won’t have any problems with it cracking or anything like that. Overall, the form factor is the same as that of a dSLR, only with smaller dimensions that make the camera much easier to carry around.

The articulated screen has gotten an upgrade in the form of touch capabilities, although it’s obvious that Panasonic intended it only for those who like to try out new things, as all the controls remain the same and the camera can easily be used without ever touching the screen. That’s unlike the many “touch-experience” cameras in the consumer sector. The EVF remains pretty much the same – it’s not pixelated and the image is clear as day, with the only difference being it’s format, which is now wide screen, 852×600 pixels, as opposed to the 800×600 resolution in the old one.

The picture quality, both when filming and when shooting photos, should be comparable with some of the best dSLR’s out there (in the same megapixels category, of course) – the results will mostly depend on what lens you’re using, and you can use both Micro Four Thirds lens as well as your usual Four Thirds lens through an easy to use adapter (though that will limit the amount of light coming into the sensor a bit).

The sensor in the new GH2 is a big 18 real megapixels unit, which allows you to shoot 16 megapixels photos in any format, whether 16:10, 16:9 or 4:3, and shoot 1080i/p videos. Compared to the GH1’s 14 megapixels sensor, the new unit can read the sensor data at double the speed (120 Hz), and therefore record anything much faster. For example, the GH2 can shoot up to 7 frames per second at the highest resolution or up to 40 FPS at less than 4 megapixels, provided your SD card is up to the task.

In video mode, the camera records 50 or 60 frames per second in any resolution, which leads to a better output picture quality and less tearing. The output is still 1080 interlaced, but it’s pulled down from 50 FPS, as opposed to being doubled up from 25 progressive frames on the GH1, which can dramatically improve the quality.

Overall, for the price, you won’t find a better dSLR that can also do a perfect job as a video camera (or vice versa). A lot of people are using the GH1 and now GH2 for filming on the go, saying that it’s much easier to shoot video with this small camera rather than using a heavy on-shoulder recorder, which also uses more power and needs more space, a bigger tripod, more care, etc. Indeed, the difference on screen is minimal – those who don’t know would never think that the show in front of them was filmed on a practically “pocketable” video camera.

If you’re a photographer that is also into videography or have your own Youtube show (a lot of people are starting up these days), this is the perfect camera to start with if you want everything to look professional from the get go without spending a ton of money.