Trending
You are at:Home»gadgets»Warhead 7.1 Wireless Headset Announced by Mad Catz
By Gadgetman on Jun 5, 2011 · gadgets 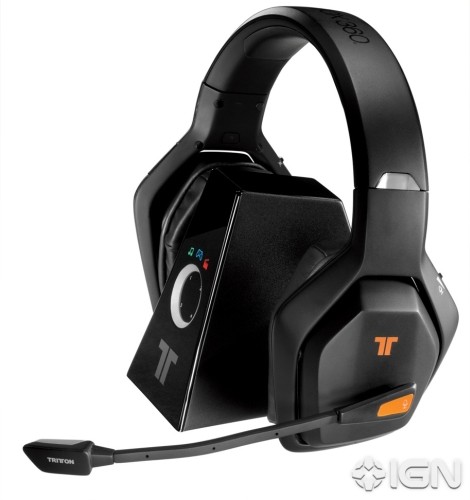 It has been reported some time ago that Mad Catz won the exclusive rights to produce Xbox 360 wireless headphones. Now it appears that the company is ready to unveil its new Mad Catz Warhead 7.1 wireless headset, according to a report by IGN.

With the new device, gamers do not need to be tethered to their controllers for voice chat or plugged into a wall to be charged. The device will get everything it needs from a base station connected to the console.

String USB and optical cables directly from the console to the device, and gamers will get enough 5.8GHz bandwidth, which will deliver virtual Dolby surround sound to four pairs of headphones at once. Users will also get Xbox LIVE audio chat thanks to some native support from Microsoft.

Gamers will also find an on-screen battery readout, and once the device runs out of power, a second swappable battery pack is waiting in the base station’s charger.

According to unofficial information from IGN it is expected that the Warhead 7.1 wireless headset will retail at an amount just under $300, when it is released this holiday in the United States.