Trending
You are at:Home»Tablet Reviews»Blackberry Playbook – a very attractive offer, but can it compete software-wise?
By Gadgetman on Jul 21, 2011 · Tablet Reviews 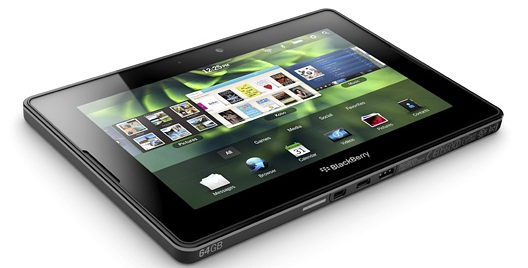 RIM, the company that is best known for making some of the best QWERTY keyboards on smartphones in the world, is now facing an imminent threat in the form of the dozens of new smartphones running Android, which along with the iPhone are overtaking their market share like crazy. Just a couple of years ago they were the undisputed leaders in the business phones industry, and they still provide the best business software in the form of BES, but they’re simply overwhelmed by the new operating systems, which have much more developers working for them by developing third party apps that users can download on the marketplace.

That’s what prompted them to switch into high gear and start improving their offers and releasing better products that can actually compete. The revamped Blackberry OS 6 looks pretty good, and the new Blackberries with touch screens and fast processors are great, but the biggest announcement yet came in the form of a tablet, the Blackberry Playbook, which is a great device, and an amazing offer from RIM, especially considering their previous phones that always had sub-par hardware.

The device doesn’t look that much different on the outside than any other slates on the market: it’s got a 7 inch display on the front with the usual high resolution of 1024×600 pixels and LED backlight for a great color reproduction, brightness and battery lifetime. If you look carefully, you can see the front facing camera, which in this case has a whopping 3 megapixels resolution – that’s in addition to the 5 megapixels shooter on the back that also has LED flash and support for 1080p video recording. It’s obvious that RIM is going all out on this! The build quality is also great, with the tablet being made mostly out of metal and it looks very stylish, as well, with its 10 mm slim chassis – it would look great on any office desk or in the hands of a professional.

The most important change from the usual Blackberry pace is in the internal hardware: the Playbook is packed full of features and can easily rival any other high end slate on the market, including the iPad 2 (which seriously is just a consumer device that looks good). There’s a 1 GHz dual core ARM Cortex A9 processor running things inside, helped by a full 1 GB of RAM and the powerful PowerVR SGX540 (hey, it’s in the name!) graphics adapter. That should be enough for the Playbook to run anything from your usual calendar to a 3D user interface, the latest games, 1080p movies and even a movie editing application.

The Playbook is available in 3 variants: 16, 32 and 64 GB, and sadly it does not have a micro SD card slot, so you’ll have to consider carefully how much memory you need and choose the best model from the start. Other hardware specs worth noting include the micro HDMI out port (a dedicated one, not shared with the micro USB port), the big 5300 mAh battery that can last through a full day of work, Wifi N and Bluetooth adapters and the stereo speakers that provide a very good sound for such a small device.

Of course, after seeing the high end hardware, you might be wondering, “But what OS does it run, and how does it stack up against the competition?”. Well, the Blackberry Playbook runs RIM’s own Blackberry Tablet OS, which is based on Unix and has quite a lot of features to offer. First of all, the interface is very nice, polished and easy to use – it’s easily on par with Honeycomb. Second, there are quite a few apps already available for the platform, and the tablet comes with the most important ones pre-installed, so you’ll be able to do almost anything, from surfing the Web to watching videos and editing documents right away.

The apps marketplace is also growing, although it’s obviously nowhere near Android’s or iOS’ level, and probably never will be, but we hope it’ll make up for that with a higher overall quality. One of the best things about the Blackberry Tablet OS is that it’s fully compatible with RIM’s Blackberry services and it plays nice with other Blackberry phones out of the box, so you can tether and sync them right away.

The Blackberry Playbook is already available for sale in the US, and it’s an excellent choice for current Blackberry owners and fans, but it can also make a great choice as a first tablet if you want something reliable, stable and serious for business or even every day work – the Playbook will certainly not disappoint.