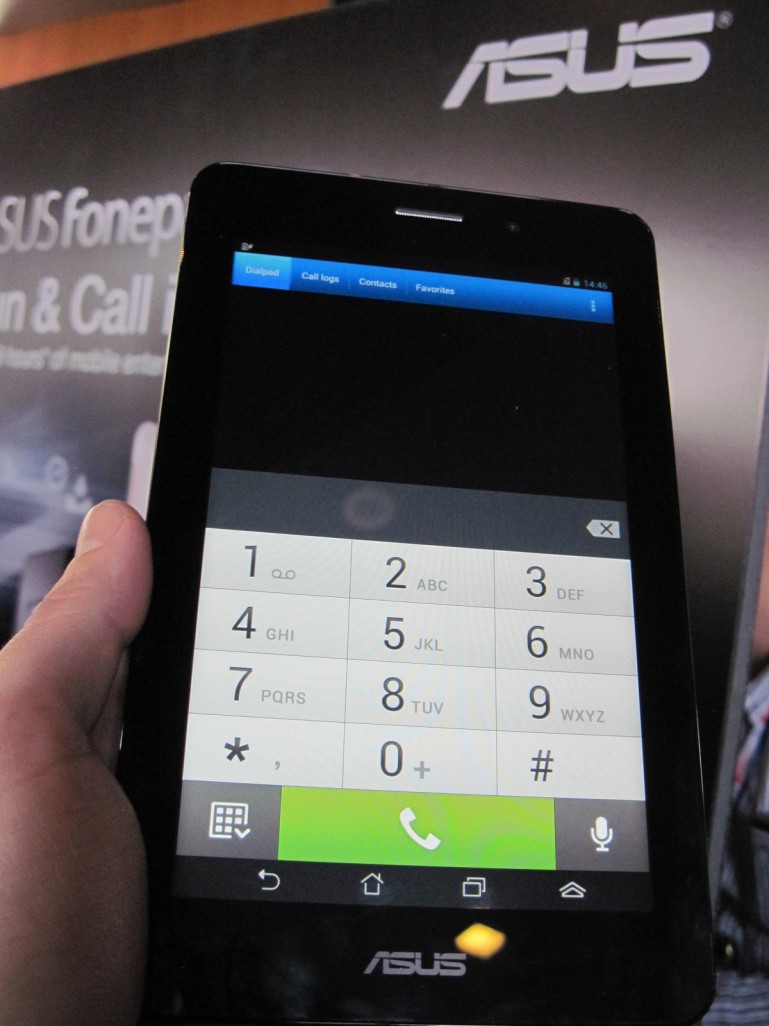 Asus has been churning out tablets like there’s no tomorrow for the past several years (pretty much ever since Android Honeycomb hit the market) and they’ve managed to beat even Samsung in sales numbers, but that’s probably because the latter is more focused on smartphones and phablets.

Speaking of which, Asus does have a very interesting hybrid in their lineup – the FonePad, which is a 7 inch tablet with complete phone functionality (or vice-versa – we’re still not very clear on it). It’s been way more successful than its predecessor, the PadFone, and this year the company has released a refresh model that is powered by Intel’s latest Atom platform and features a few other upgrades that set it apart from its predecessor. Let’s take a closer look at the FonePad 7 and see whether it’s a budget device worth considering.

The design of the Asus FonePad 7 hasn’t changed much from the previous model – the only improvement is the placement of the two speakers, which are now on the top and bottom sides on the front, which is better since you’ll be able to hear anything louder and clearer. The whole device is made of plastic, but it feels pretty good and it definitely won’t break unless you drop it several times – it’s the same approach Samsung takes with their smartphones, so I’m sure the FonePad 7 will prove to be just as durable. 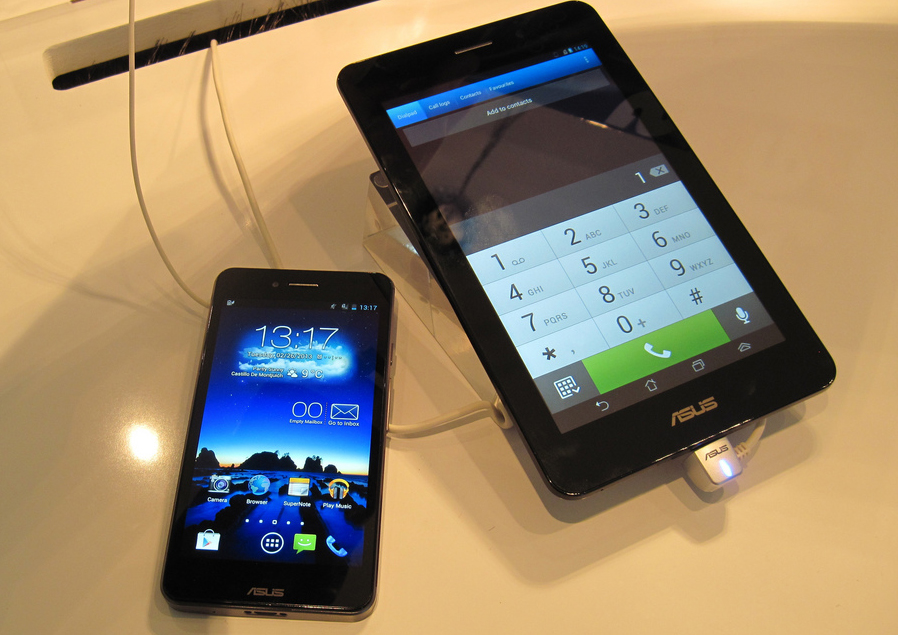 The back of the device is covered by a glossy plastic white cover, while the front is protected by a sheet of Gorilla Glass – neither of them is likely to scratch in normal use. There are no dedicated navigation buttons on the front, and on the back we can see another improvement – a 5.0 Megapixels camera, which sadly has no flash but it’s better than the missing unit on the first FonePad. The dimensions and weight of the FonePad 7 are similar to the competition at 196x120x10.5 mm and 340 grams, although some might say 10.5 mm is a bit on the thick side.

On the hardware side, the FonePad 7 hasn’t received all that many upgrades. The new additions include the camera I mentioned above, the new Atom Z2560 dual core (with 4 threads) processor, Miracast wireless video support and a 3950 mAh battery, which is smaller than the 4200 mAh unit in the previous model but will last longer because of the new CPU.

The display is the same good old 7.0 inch IPS LCD unit with a 1280×800 resolution – it’s still not a bad display for all intents and purposes, but it’s definitely not as sharp as the newer Full HD panels. On the upside, it doesn’t use as much battery and hey, you still get more scroll space in landscape mode than those poor people with 1366×768 displays :-).

Intel’s Atom Z2560 packs a punch with its two 1.6 GHz processor cores (4 total cores with Hyper Threading!) and the PowerVR SGX544 GPU, although the 1024 MB of RAM seems on the low side when you consider that Samsung’s budget tablets now get 1536 MB. The storage space shouldn’t be a problem even if you opt for the cheapest 8 GB model – the micro SD card slot takes care of that.

The main 5.0 Megapixels camera should take decent photos and 1080p video (not in the dark, though), while the front facing 1.2 Megapixels snapper takes care of HD video chat and the occasional selfie. Other than that, the FonePad 7 has the usual Wifi N, Bluetooth, GPS, DLNA, micro USB port and of course, a full-fledged 3G modem with support for voice calls, messaging and HSPA+ 3G for speeds up to 42/5.76 Mbps.

Even though there are newer versions of Android out, the Asus FonePad 7 runs on the tried and true 4.2.2 Jelly Bean, although there’s no doubt that an update will arrive in a couple of months. The interface is complete stock – Asus didn’t put much effort in customizing it, which is a good thing since it makes the device fast and stable, and although the competition has some unique apps under their sleeves, there’s nothing stopping you from getting some amazingly useful apps on the Google Play Store to fill in any missing functionality.

An interesting point for modders and tinkerers is the fact that the Atom Z2560 is an x86 chip and it’s powerful enough to run Windows 8 – it’s possible that the modding community will find a way to install Windows 8 on this little tablet, which is pretty cool but is sure to void the warranty.

There’s no word on pricing yet, but everyone expects the FonePad 7 to go for around $250 for the base model – it was the same with the original FonePad and since there’s even more competition now, it’s hard to see the device priced any higher. This makes it a perfect choice for anyone who wants an affordable tablet or phablet that has all the functionality an Android device needs (including video output and full-fledged cellular/3G capabilities) in a compact and affordable form factor.