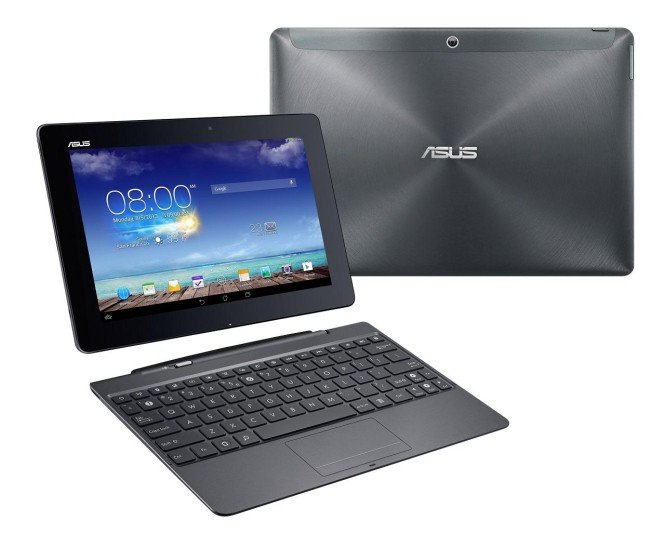 Asus is the de facto leader when it comes to tablets running on Android (they also have the best Ultrabooks, for that matter) – the first device in the Transformer Pad series has seen the light of day in early 2011 and has become a success story right away.

Since then, the company has released more than half a dozen products under that brand name and this year, we’re getting yet another update that is sure to be one of the highlights of 2013: the Transformer Pad TF701T. The new device has everything you’d expect from a flagship and is better than the competition spec-for-spec – let’s take a closer look at what it offers.

As usual, the top of the line Transformer looks and feels very nice. The tablet itself has a metal unibody with a radial finish and plastic inserts for the antennas that feels very sturdy and gives it a very premium look. The front is covered by a strong sheet of Gorilla Glass 2, which is very scratch resistant – judging by how the older Transformer Pads’ screens are holding up, I’d say the TF701T will last a very long time without a single scratch, even if you use it on the go. 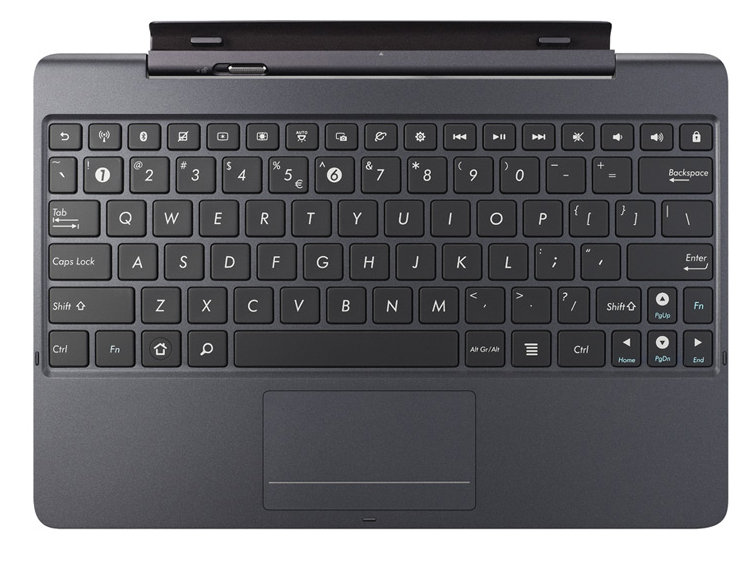 The keyboard dock is just as well built, with a nice sand blasted finish and a strong dock connector and hinge for the tablet. Asus has also made it just heavy enough to be comfortable at any angle – it won’t tip over if you open the docked tablet too far, like some of the previous models and a lot of the competition does.

Hardware wise, the Transformer Pad TF701T is one of the most advanced tablets on the market. First of all, it uses Sharp’s new IGZO IPS LCD panel, which is brighter and less power hungry while still offering a whopping 2560×1600 resolution – at 10.1 inches on the diagonal, that is a very high pixel density (299 PPI!) that leaves the iPad’s Retina Display in the dust. The colors and contrast are on a very high level, as well, while the viewing angles are near perfect as is always the case with IPS displays. 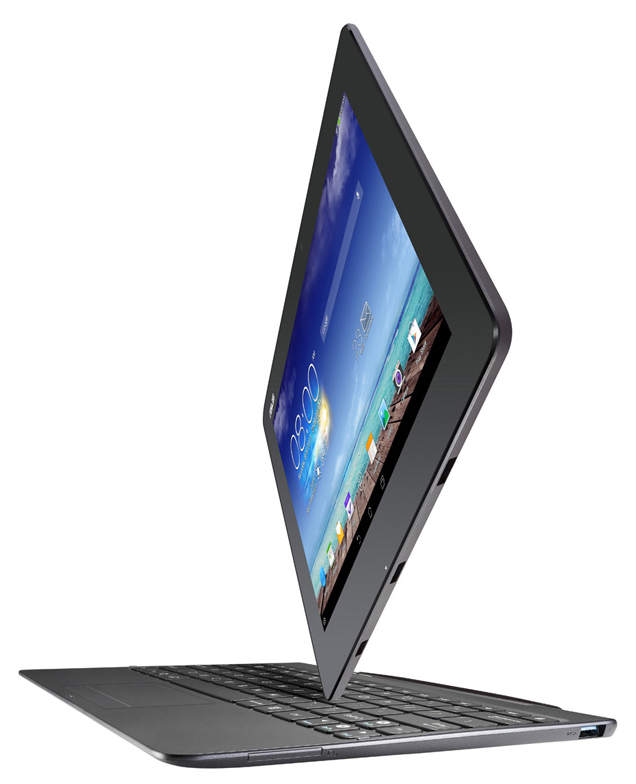 The performance is provided by NVidia’s new Tegra 4 platform, the same one used on the company’s Shield portable gaming console. Needless to say that it’s one of the fastest platforms on the market, and it definitely has the fastest GPU to date. The Tegra 4 inside the Transformer Pad TF701T has 4 processor cores running at 1.9 GHz, 2048 Mb of DDR3L RAM and the newest GeForce ULV graphics adapter with 72 processing cores – the tablet is not only able to run the latest games at maximum quality on its own WQXGA display, but it can also output the same thing in 4K resolution to an external monitor via HDMI!

The Transformer Pad TF701T has a rather disappointing camera array – a simple 5.0 Megapixels camera on the back that lacks an LED flash and a 1.2 Megapixels unit on the front – not exactly up to par with the rest of the device, but I think Asus just figured people don’t usually take good pictures with a huge tablet anyways.

The keyboard dock only has the SD card, USB port and internal battery – that’s still more than what other hybrids have, though. The keyboard and touchpad are pretty usable, but nothing special. The other specs of the tablet include Wifi AC, Bluetooth 4.0, GPS, support for Miracast, DLNA and a HDMI out port.

The tablet itself hides a 31 WHr battery that should last up to 13 hours, with the dock packing a smaller 16 WHr unit that will add up to 4 hours more – for a total of 17 hours of continuous use, which is definitely not bad and I can see the TF701T actually getting to that number.

The Asus Transformer Pad TF701T runs on Android 4.2.2 Jelly bean out of the box – not exactly the latest version, but then again Asus has always been good with software support, so the updates can’t be far behind. The interface is slightly customized, but it doesn’t have the heavy makeup that HTC and Samsung use on their devices – it’s mostly pure Android and you can personalize it to your will using the apps on the Google Play Store.

Asus has also been very open to modding, leaving their devices unlocked, so anyone can modify the software and flash custom ROMs. That will undoubtedly lead to overclocked and undervolted processors, which makes this tablet even more future proof.

The last nail in the coffin for the competition is the price – the new Transformer Pad TF701T will resell for $399 without the dock and $499 with it for the 32 GB version, which is a very attractive price point for such a device. There’s really no reason to get anything else at this price, except maybe if the new Nexus will pack some extra features – but then again, you won’t get Asus’ know how and traditional reliability with that. The TF701T is undoubtedly one of the best tablets on the market this year and if you want something that will last a long time and aren’t bent on buying Apple, this could be a great choice.