Trending
You are at:Home»Featured»Acer Iconia W3 – the smallest Windows 8 tablet yet shows a lot of promise
By Gadgetman on Aug 14, 2013 · Featured, Tablet Reviews

Acer has been making Windows tablets since before the dawn of time – OK, maybe since before Android became a useable tablet OS. The company has pretty much switched to Android, with the number one reason likely being the fact that they were the most popular products – for some reason, few people wanted to use Windows 7 on a small touch screen. 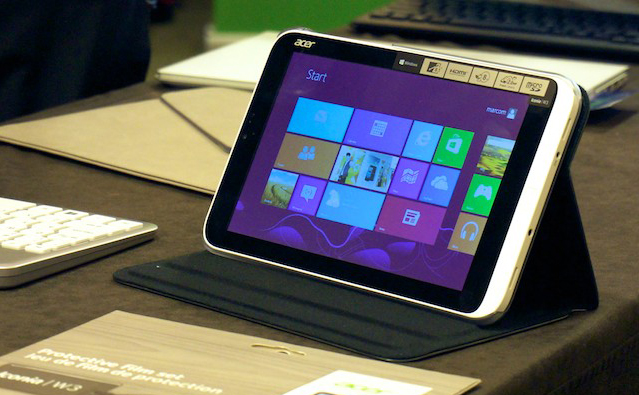 But with Windows 8, things have changed – the new OS is now great for small tablet screens – or at least its Modern UI is. Despite Microsoft having an ARM-based version (i.e. Windows RT), most people choose the full x86 version instead. The main reasons are that Windows RT is a bad OS by itself, it’s got too many shortcomings, and also because Windows isn’t Windows without its extensive support for legacy software.

Up until now we’ve seen 10-13 inch tablets running the full version of Windows 8 and they were pretty good. But what if you need something more portable, something that you can take literally anywhere and not be bothered by the weight and size, while still having access to a full selection of desktop Windows software. Well, in that case you need to look at the new Acer Iconia W3 – the smallest Windows 8 tablet in the world.

The Iconia W3 has a simple, yet practical design – there are no frills here, and the body is made mostly out of plastic, but the device is sturdy and the front is covered by a strong Gorilla glass, so you shouldn’t encounter any problems in everyday use. The tablet doesn’t feel particularly premium, and the white colored plastic around the device just makes it look cheap – I don’t know why Acer didn’t just go with a gray shade, like the one used for the back cover. 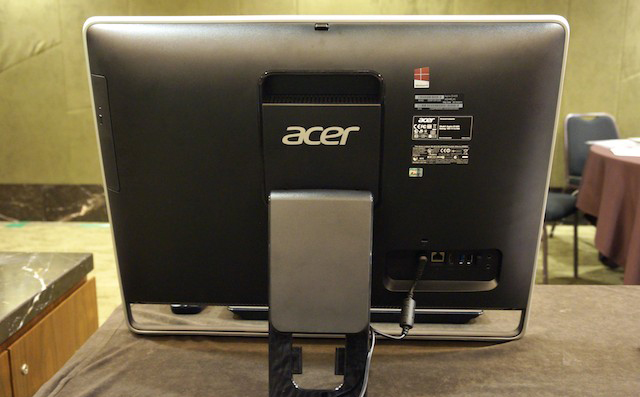 On the front, there’s the display, camera, light sensor and the home button, which again, looks kind of cheap but works well. On the sides, you will find all the buttons and ports (which there’s plenty of) and on the back, there’s the camera and a bunch of stickers – it seems that every Windows/Intel device must have them, since it’s been the case for over a decade on PCs and laptops. Thankfully, you can peel them off, which will make the device look cleaner and much nicer.

The Iconia W3 features a nice set of hardware, although it doesn’t have anything groundbreaking. The first thing you’ll see is the 8.1 inch TFT LCD display, which has a decent 1280×800 pixels resolution, but not so good viewing angles because of the technology used. That’s not really a problem on such a small screen, since you’ll always be looking straight at it more or less, but viewing it outdoors might present a challenge. 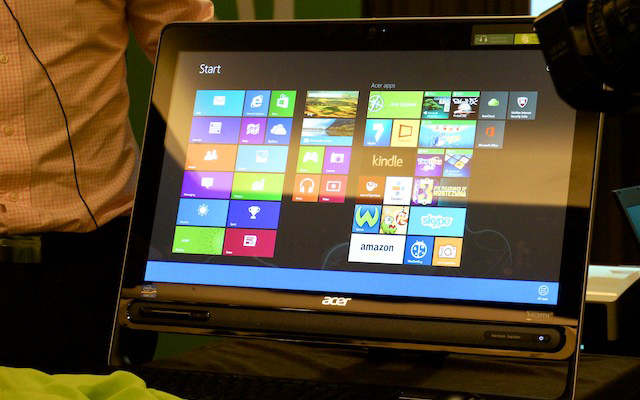 Next up is the performance – thankfully, Acer didn’t really skimp on this part, using Intel’s most powerful Atom processor to date, the Z2760. This chip has two physical and two virtual cores (using Hyper-Threading) running at 1.8 GHz, which allows it to provide a very decent performance in most apps – but don’t expect it to run Photoshop without hiccups. There’s also 2 GB of RAM and the Intel GMA 3650 graphics adapter on board.

Depending on what model you buy, you get 32 or 64 GB of onboard storage space, which is definitely not a lot, so the micro SD card slot is a life saver. It would’ve been nice if the Iconia W3 had a full size SD card slot, but alas you’ll need to make due with the more expensive Class 10 or UHS-1 micro SD cards (and you don’t want to go slower, that’s for sure).

The two cameras on the W3 have the same resolution – 2.0 Megapixels, and the camera on the back does not have an LED flash. This means that both of the cameras are barely good enough for photos, but at least you can film or do video chat in 720p HD at a pretty good quality.

Connectivity wise, the Iconia W3 does with the bare minimum – Wifi N, Bluetooth 4.0, GPS, micro HDMI (which is a welcome surprise) and of course a micro USB port. The selection of sensors includes only a gyroscope, accelerometer and light sensors, but that’s good enough unless you really need a compass here.

Thankfully, the battery has not been skimped on – it’s a rather large 6800 mAh unit that should last up to 7-8 hours of use, which is pretty good for such a small device running on an Intel Atom processor. 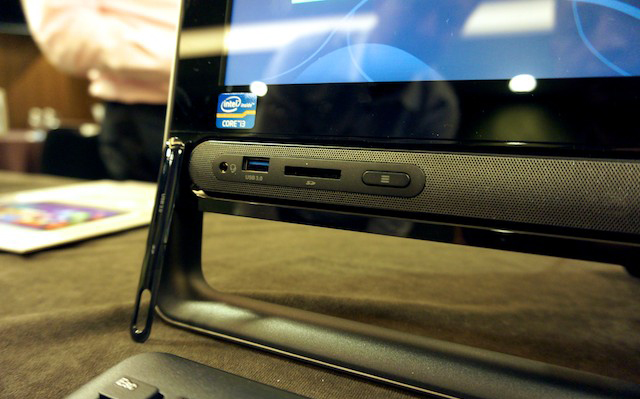 Along with the Iconia W3, Acer also sells an optional keyboard dock, which is much larger and therefore isn’t a good fit if you want to save as much space as possible, but it does have a dock for the tablet to protect the screen and make the whole package as small as possible. Another downside is that it uses Bluetooth and does not have an internal battery, so you may be better off using a third party keyboard like the Rapoo E6300.

Of course, the Iconia W3 comes with Windows 8 pre-installed, and you can upgrade it to Windows 8.1 (for free), which brings quite a few improvements in the way both the Modern and desktop UIs work, as well as bug fixes and other improvements under the hood. The rest is up to you – you can install desktop and Modern apps as you see fit, and the Windows Store now has a respectable 80,000 (and growing) apps on it, so there’s plenty of stuff to choose from.

The Acer Iconia W3 is marketed as an affordable device, and indeed it is – you’ll pay only $380 for the base 32GB model, which makes this tablet the cheapest x86 Windows 8 tablet yet. If you want to go 64 GB (which is really desirable) you’ll have to pay $430, and $70 if you want the Bluetooth keyboard/dock. Considering that this is the smallest tablet in its class, that’s not a bad pricing – if you need the most compact x86 Windows tablet on the market, this is it.