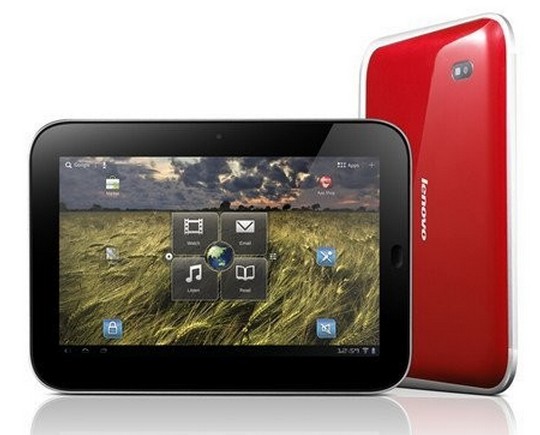 Lenovo is a well-known player on the laptops market, mostly for the reliable and powerful ThinkPad line for business users, but lately they’ve been actively expanding into the consumer laptop niche with great success. But of course, they’re also looking into other computer hardware markets, as well, and the latest tablet craze is definitely an attractive one.

The company has picked everyone’s interest in the US and Europe with the announcement of the business and enterprise oriented ThinkPad Tablet, which should be coming by the end of this year and will be pretty much the only tablet with strong support for various corporate security and integration features, with an optional Wacom digitizer that is sure to also make it popular among artists and graphic designers.

The LePad is coming to Europe and North America

But they’ve actually already released a tablet, and it’s called the LePad, which was limited to China only after the FCC denied application for some technical reasons. Fortunately for Lenovo fans, they have fixed whatever the problem was and now they are ready to bring it to the US and Europe, as well, under the name IdeaPad K1. The tablet hasn’t officially been announced yet, but we already know most of its specs from the LePad and we know it’s definitely going to be released thanks to the various online stores that are already preparing to add it to their stock.

The IdeaPad K1 has a pretty standard 10.1 inch wide screen display, just like on the Xoom and other Android tablets, with the same 1280×800 resolution. It also looks “normal” in that it’s a slate with a screen on the front, a camera on the back and a few ports on the sides – nothing out of the ordinary, but then again what can you expect from the company that makes the ugliest laptops on the market :-)? We sure hope the K1 is as reliable as those laptops, though – that will probably be the number one reason for people (mainly Lenovo fans) to buy it.

The hardware side isn’t bad at all – with a top of the line NVidia Tegra 2 platform, the IdeaPad K1 can power through any tasks you throw at it and still have enough spare performance left for anything running in the background, especially since it’s also equipped with a full Gigabyte of RAM. It will also feature 32 GB of onboard storage space, in addition to a micro SD card slot for up to 32 GB and more cards. The two cameras are pretty standard, but will put the iPad 2 to shame: on the back you’ve got a 5 megapixels camera with LED flash and support for 720p video recording and on the front there’s a 2 megapixels unit meant mainly for for video calls, but which can most likely take some pretty decent shots itself at this resolution.

Obviously, there’s all the hardware features you might expect from a modern tablet, including Wifi N, a 3G modem, microphone, stereo speakers, a HDMI out port, and more.

The device will run Android Honeycomb, of course, and unlike many other tablets, it will come with a wide range of pre-installed apps that actually look useful and are not just some bundle that the company was paid to install (in fact, they paid for them!): there’s Amazon MP3, Netflix, Angry Birds, Need for Speed Shift, Kindle app, Documents to Go, a host of social apps and more. You have to give props to Lenovo for doing this. The user interface is also customized with a few widgets and a different color scheme, but nothing too drastic that can break like MotoBlur, for example.

The IdeaPad K1 should be available by the end of summer for about $400-500 according to rumors, and it will definitely be a welcome addition to the Android tablets stable. Lenovo fans will be the first to get it, but anyone else should take a look at it, as well.