Trending
You are at:Home»Tablet Reviews»Kindle Fire – Amazon’s finally moving into the tablet market
By Gadgetman on Oct 4, 2011 · Tablet Reviews 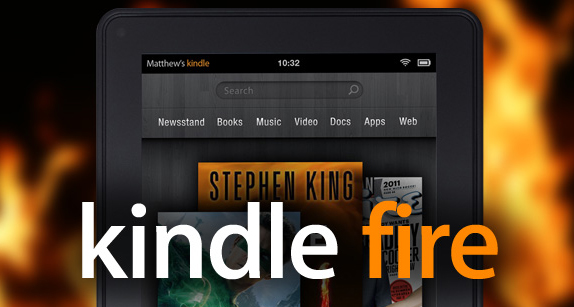 Amazon’s Kindle eBook readers have been very successful, and not only with people who read a lot of actual books, but also with those who enjoy reading articles on the various websites, and the e-ink display is perfect for the task, despite only having shades of gray to show (or maybe it’s thanks to that?).

The first Kindle came long before the iPad, in 2007 and only in the United States, while the second model, which was available worldwide and still holds the record for the most units sold, was released in 2009, more than a year before Apple’s game changer. Despite the time advantage, the iPad quickly overtook Amazon’s slate in sales, and introduced millions of people to Apple’s own books store – it wasn’t long before Amazon themselves released the Kindle app for the iPad. 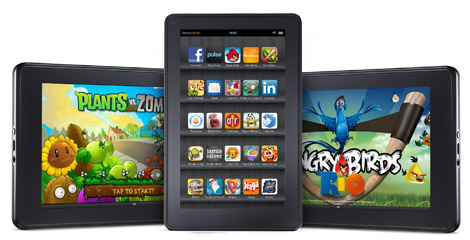 Obviously, Amazon wasn’t going to let the new color tablet take over their niche, and just a week ago, they have announced the Kindle Fire – their first tablet with a color display, which is more than a simple reader, and is supposed to be a cheaper and more specialized alternative to the iPad and the dozens of Android tablets on the market. 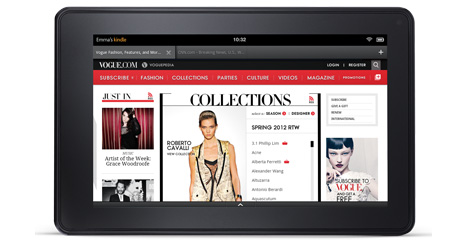 The hardware of the new device is actually not all that impressive, with the exterior being a very straightforward gray color and rounded edges, while the 7 inch IPS display on the front has a resolution of 1024×600 pixels, and it looks and works just like the unit on a competing device that you may already know – the Nook Color, which is pretty much in the same exact category as the Kindle Fire. There are no cameras on the Fire, either, but that should not come as a surprise for anyone.

On the inside, the Fire sports a pretty good dual core TI OMAP 4 processor, with the excellent PowerVR SGX graphics adapter and 512 MB of RAM– this is pretty much the same hardware every other smartphone and tablet uses nowadays, and I hope that Amazon will have the apps to make use of all that power.

There are 8 GB of built in memory, and sadly there’s no way to extend that – a micro SD card slot would’ve been really nice, but it’s just not there. I suppose Amazon thinks that you won’t need that much memory for books, but apparently they’re forgetting that they equipped the Kindle Fire with the ability to play music and videos, as well, which take much more space than eBooks.

Connectivity wise, there is Wifi, USB and a 3.5 mm jack – no GPS, no Bluetooth, no 3G and other options. I guess Wifi is enough to get by, but I’d really wish they enabled Bluetooth (the chipset supports it), as I listen to music through wireless headphones and it would’ve been useful for connecting a microphone or keyboard, as well.

The main selling point of the new Kindle Fire is the software – technically, the device runs on Android 2.3, which makes it a good candidate for the modding community (just like the Nook Color), but a lot of things are changed on a default installation, including the interface, which has been customized A LOT, and even the browser – instead of the usual Chrome, you get the Amazon Silk, which was specifically designed for the Fire and uses a lot of Amazon’s own cloud technologies to deliver a better and faster Web into your hands.

The same goes for other Amazon services, especially the market – the Kindle Fire was designed from the grounds up to deliver the best experience with Amazon’s services, so if you’re using their storage space, payments services, music market, general market or any other service, you’ll like the Kindle Fire.

And for $200 retail price, you really can’t go wrong – this is a very low price for what you’re getting, and even though the Kindle Fire isn’t a “real” tablet, it can do most of the things that other tablets can, so it is a great choice – more so if you use Amazon’s services.