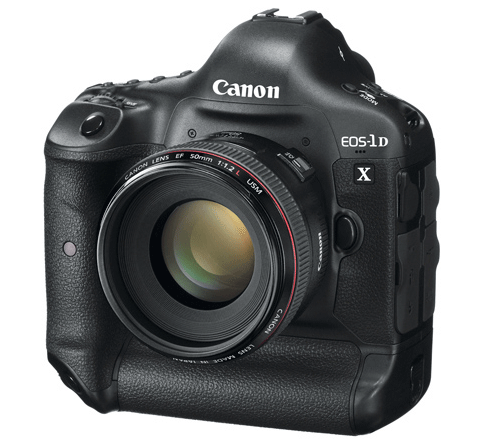 Canon’s EOS 1DS was long considered the best choice for professional shoots and studios, and it was priced accordingly. In fact, few other cameras can beat it in quality even nowadays, and it’s a real keeper if you’ve got it. But times are changing, and Canon can’t make more profit by selling the same camera to the same customers – everything needs an upgrade.

While it’s pretty difficult to imagine a better 1DS, Canon has done it again with the EOS 1DX – the new flagship digital SLR from the photography giant, which is meant to replace not only the studio 1DS, but also the aging 1D series that is aimed at sports and events shooters.

One of the main and most interesting changes is the new sensor – the 1DX has an 18 megapixels full-frame CMOS unit that can shoot at up to 12 frames per second at full resolution. For comparison, the 16 megapixels sensor in the sports oriented 1D Mark 4 can only shoot 10 frames per second – that’s an impressive increase in performance, and it shows that the 1DX can replace the sports shooter.

At the same time, the picture quality is the same or even higher than the 21 megapixels 1DS – hard to believe, but it’s true. The main reason is that the new sensor is actually physically bigger – it’s full frame as opposed to the APS-H format that Canon used in the previous cameras. I guess it will take quite some time to disperse the myth that megapixels are all that matters, even in the professional world. 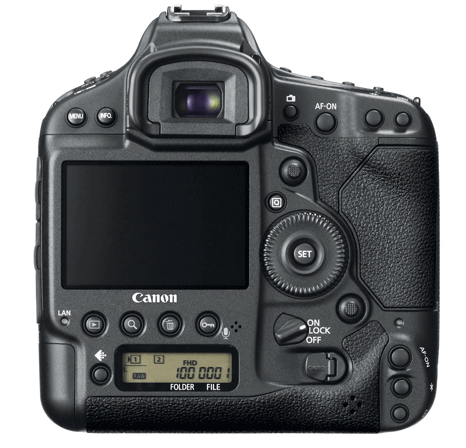 Another change that you’ll notice right away is the new autofocus configuration options, they’re now much simpler and easier to understand for both professionals and complete beginners. Gone are the complicated settings that required manual adjustment to get the camera to set a perfect focus – instead, you get 6 simple presets that can be used for different filming conditions, and are very easy to understand and operate. The autofocus sensor has also been upgraded to 21 cross type points at the center and 61 overall AF points, which can be used with lens apertures as slow as F5.6.

The overall design of the body didn’t change much, and the EOS 1DX looks pretty much the same as the older 1D cameras, however there are a few changes in the controls layout. The rear of the camera has a secondary joystick that can be used to control the functions when using the portrait mode grip. For the same purpose, there are two buttons next to the lens, which can be customized to your liking.

The processor has also been upgraded – the 1DX now uses Canon’s latest dual Digic 5+ processors, which are up to 17x times faster than the older Digic 4S. Moreover, the metering system (which includes the complex AF system) gets its own separated Digic 4 processor. This makes the 1DX one of the most powerful cameras processing power wise. 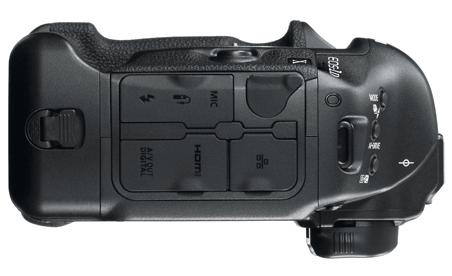 All of that imaging needs a fast storage medium, which in the 1DX’s case is comprised of a dual CF card slots array, which can be used together for hundreds of gigabytes of storage space with high performance CF cards. You can also film or record to an external source using the new Gigabit Ethernet port, which allows transfers of up to 1000 Mbit/s and a cable length of up to 100 meters – enough for both photographers and videographers.

The Canon EOS 1DX is a great successor to both the 1DS Mark 3 and 1D Mark 4, which are already pretty old, and can easily replace them both. The high picture quality from the full frame sensor, coupled with the very fast continuous shooting modes make it a perfect choice for both sports and studio photographers, and Canon has once again shown us that they can easily compete and dominate the professional dSLR market.