Trending
You are at:Home»Tablet Reviews»Samsung Galaxy Tab 7.0 Plus – is the successor to the first Galaxy Tab worthy of the name?
By Gadgetman on Nov 1, 2011 · Tablet Reviews 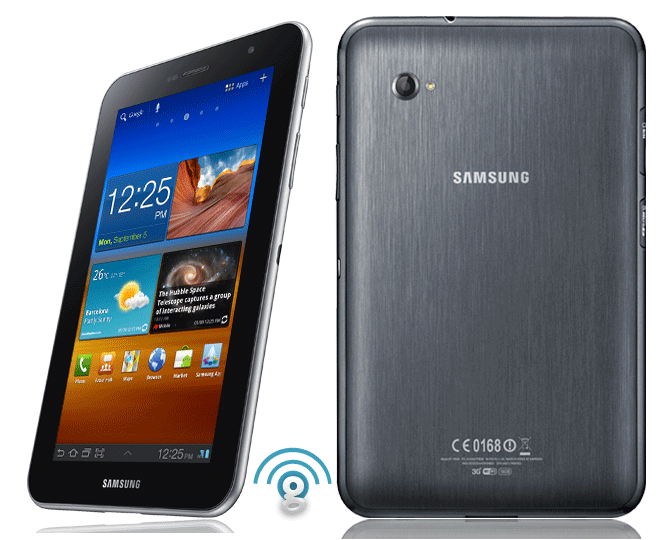 Samsung’s first Android tablet, which was also THE first tablet ever from a big brand, did not succeed as well as Google and Samsung would have wanted, but that is understandable seeing as Apple’s iPad sells only because of the great marketing and amazing fans – it was the first tablet to be released, so everyone is going with it. Of course, it wouldn’t be the most popular device if it didn’t have a good OS and a lot of advantages, and iOS certainly has those factors.

But the Android tablets market is still pretty successful and it’s growing every day. There are now almost a dozen different tablets from reputable companies (and about two dozen models from unknown Chinese factories :-)), and with Android 4.0 Ice Cream Sandwich on the way, things look better than ever for them.

Samsung has released several new tablets already, all of which look like winners, especially the Galaxy Tab 7.7 with it’s gorgeous Super AMOLED Plus display, but there’s only niche that they seemingly forgot about – the compact 7 inch tablets niche. And now, after more than a year after the release of the Galaxy Tab, they finally released its 7 inch successor – the Galaxy Tab 7.0 Plus.

The new tablet looks and feels pretty good, with a nice 7 inch PLS LCD on the front with the usual 1024×600 pixels resolution (too bad it’s not Super AMOLED, but PLS looks a lot better than IPS), and a brushed aluminum back that looks like it can take a beating (the metal frame only reinforces the feeling). There are no hardware navigation buttons on the outside, as the tablet now runs Android 3.0 Honeycomb instead of older versions (the Galaxy Tab never got the upgrade, by the way), and an update to Android 4.0 Ice Cream Sandwich is highly likely, though I don’t know the criteria for the upgrade anymore – the G2X won’t be updated, for example (but XDA developers and modders will take care of that, for sure).

The housing has grown just a bit longer and wider, but only by 2mm, while the thickness went down for the same 2mm – in the end, it makes the tablet feel better in your hand and look better on a desk. On the inside, you’ll find the same 4000 mAh Li-Pol battery that should last even more than on the previous model, thanks to the new power saving features of the processor.

The processor, by the way, is Samsung’s new dual core Exynos, running at 1.2 GHz per core and aided by a full gigabyte of RAM – more than enough to run all your apps with ease, at the same time. There are 32 GB of internal memory AND a micro SD card slot that officially supports 64 GB micro SDXC cards – it seems Samsung got the memo about the ever increasing need for space on mobile devices, and especially tablets.

Android 3.0 Honeycomb will come pre-installed, as always with Samsung’s own Touch Wiz 4.0 interface, which looks pretty nice. There are enough apps for the new tablet API on the Android market to satisfy nearly everyone now, so you won’t be missing your older Android or iPad apps if you’re switching to the new tablet.

The Samsung Galaxy Tab 7.0 Plus is a great successor to the first Galaxy Tab, and it brings just enough new features to the table to be desirable. The price will be lower than the Galaxy Tab 7.7 and 8.9, which is understandable and makes the 7.0 Plus a perfect choice for an inexpensive tablet for any purpose (even for enterprise users when the Ice Cream Sandwich update is released).