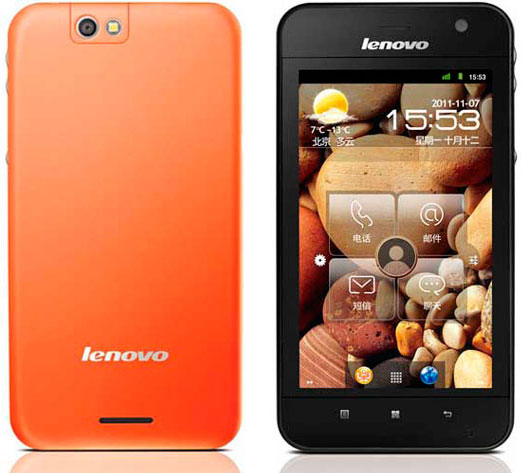 Lenovo has finally dropped into the tablets market after a long line of rumors and waiting from fans, with the LePad A1 consumer slate selling pretty well in China (it’s not available worldwide, sadly, but it’s successor will be) and the ThinkPad Tablet gaining traction in the business sector, thanks to the inclusion of such irreplaceable features as encryption, an advanced digitizer and a great build quality that should last for years to come.

And just this week, they’ve also outed their next line of smartphones and tablets, and while the LePhones are pretty good, the latter niche is getting the arguably more interesting LePad S2005, LePad S2007 and S2010 tablets, which look nice and have some pretty interesting internal hardware, as well.

As you may be able to tell from their name, the S2007 (S200 probably means 2nd generation) has a 7 inch screen, while the S2010 features a bigger 10 inch display, although the resolution on both is the same -1280×800 pixels, which makes the 7 incher look slightly better. Both displays use the IPS technology, so the viewing angles, color reproduction and contrast levels are all on a pretty high level, with the brightness of the LED backlight being more than enough for any tasks. The LePad S2005 has a 5 inch, 800×480 pixels LTPS display, which is pretty good, but it’s more visibly pixelated than the other two models because of the low DPI.

On the inside, the S2007 and S2010 tablets are also pretty much the same – both of them use Qualcomm’s 1.5 GHz dual core processor, with the Adreno 220 graphics adapter and 1 GB of RAM – this practically guarantees that the performance will be high enough for even the most resource intensive apps and/or heavy multitasking (especially useful with the upcoming Android 4.0 Ice Cream Sandwich update). The S2005 is slightly slower, using a 1.2 GHz chip, but the amount of RAM and graphics adapter are the same as its bigger brothers, so the performance hit is not as big as it could’ve been.

Other specs include an 8 megapixels camera on the back of the 7 and 10 inchers and a 5 megapixels shooter on the back of the 5 inch tablet/smartphone hybrid, as well as a HSPA+ modem, Wifi N, Bluetooth 3.0, micro USB and micro HDMI out ports and a 1.3 megapixels camera on all three devices. Not bad, but the S2005 is especially impressive, as it’s pretty much just as powerful as the bigger tablets, while being almost pocketable – at 198 grams and 9.95mm thickness, it’s lighter and just as slim as the Dell Streak.

The S2007 and S2010 will be shipping with Android 3.2 Honeycomb, while the S2005 will be running the smartphone-oriented Android 2.3.5 Gingerbread, but I have no doubt all three of them will get an Ice Cream Sandwich update when it becomes available.

Lenovo is definitely ramping up, and with these three tablets, they’ve demonstrated that they are able to compete on the new market. All three devices will be released in China in the following weeks, and will be coming worldwide in a few months – I can’t wait to see the pricing.