Trending
You are at:Home»Camera Reviews»Lumix FZ150 – the best hybrid camera for those who need high quality photos AND video
By Gadgetman on Dec 2, 2011 · Camera Reviews 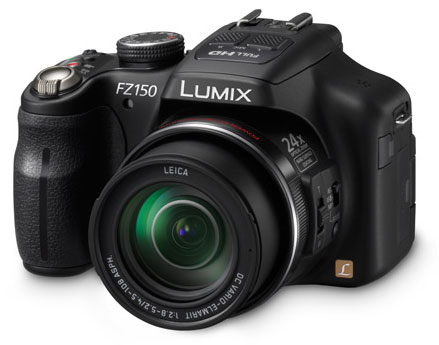 Panasonic has been quite successful on the photography equipment market, with their Lumix point and shoot cameras being some of the best in the world, and just recently, they started entering the professional markets, as well, with high quality dSLR’s that have a great feature/price ratio.

They also found a very lucrative nice (or you could say they started it) with hybrid digital cameras that are good at both taking photos and shooting videos, and the GH1/GH2 is the pinnacle of their evolution – those DSLR’s can take excellent shots, while moonshining as semi-professional video cameras used all over the world by amateur videographers, indie film makers, interviewers and even some TV shows.

In efforts to expand on the market, Panasonic also decided to release a more affordable and less functional hybrid camera that manifested itself in the excellent Lumix FZ100, which has some pretty amazing features for the price point – it’s almost as good as the GH1, with the notable lack of interchangeable lens and a few features. And just recently, its successor, the Lumix FZ150, came out as well, fixing most of the issues and drawbacks on the FZ100, which practically makes it the best hybrid camera for those who want to take great photos, shoot great video and not spend a fortune, as well.

The new camera looks pretty much like the first model on the outside – it has the same lens with a 24x zoom, two microphones at the top and a hot shoe, the controls and the 3 inch screen swiveling screen on the back are the same, with the only visible difference being the new controls for the zoom and focus on the side of the lens barrel, which mirror the ones on the top for a better feel when shooting video (it mimics a camcorder’s setup).

The internal hardware got the biggest changes – the new camera uses a smaller 12 Megapixels sensor (as opposed to the 14 Megapixels one on the FZ100), which nonetheless is better thanks to its advanced design – the previous camera was disliked by many for its soft shots, and the new sensor provides a sharper picture. Video recording can now be done in 1080p mode, at 60 frames per second, which is an improvement over the 1080i or 30 frames per second on the FZ100.

If you are using the camera for shooting video, you’ll also appreciate the articulated display that can be turned around 180 degrees, the optional remote control and the microphone input, which lets you basically turn the camera into a full-fledged camcorder (attach a directional condenser mic to the hot shoe and you’re good to go). There’s also a high quality EVF integrated on the body, for those who prefer it over the display when shooting photos – it truly makes the FZ150 the perfect universal camera.

The battery pack is bigger than on other cameras and is rated for 410 shots or about 1 hour of HD video shooting – if you need more, I’d suggest you keep a spare battery on the charger all the time, as you can’t charge it through the camera directly (while powering it, as well, like on the more expensive models).

At the retail price of $450, the camera truly is a steal and it’s hard to ask any more of it – it does video and photo shooting equally well, and it’s the perfect choice for beginner photographers, videographers, YouTube artists and bloggers, as well as people who need a universal camera to carry with them while traveling.