Trending
You are at:Home»Camera Reviews»Lumix GX1 – a pretty impressive micro Four Thirds camera for the traveling professional
By Gadgetman on Dec 6, 2011 · Camera Reviews 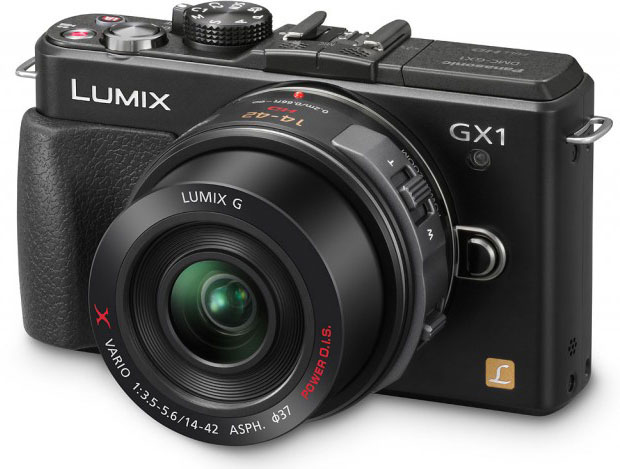 Panasonic’s Lumix line of digital cameras are among the best in the world – not only is their TZ/ZS travel series winning most of the awards every year for the past half-decade, but now the GH1 and GH2 practically dominate the affordable hybrid still/video cameras market (Canon seems to be holding the high end share, but the GH2 is remarkably close to their top of the line DSLR when it comes to video shooting, at least).

The company’s Lumix GF line of cameras is aimed at point and shoot owners who might be tempted to upgrade to something better, but are afraid of all the complexities involved with having a “real” dSLR camera, with the size and control difficulty being one of the main issues. Ironically, the GF1 has gained quite a popularity with the professional crowd instead (not that beginners don’t like it – it’s pretty successful with them, too), and while they found quite a few drawbacks in the first model, the compact interchangeable lens camera quickly became the favorite for frequent travelers that didn’t want to take all their pro gear with them.

Most of them hoped for better professional features in the following models, but that did not happen with the GF2 nor GF3, which are even smaller and simpler (yet still advanced underneath) than the GF1. To address the enthusiast market, Panasonic decided to release the GX1 – a camera aimed squarely at professionals who need an ILC and don’t want to lug around their full-sized monster SLRs.

The Lumix GX1 looks quite a lot like the GF series, more specifically the bigger GF1, although it has a few distinguishable features, as well. You’d be hard pressed to differentiate between the two at a first glance if not for the model inscription on the front, although a closer look at the back of the device reveals quite a few changes, the most important one being that the GX1 now has a touch screen and less external buttons for controlling the various functions. The basic layout and control logic is the same as with most other cameras, though, so you won’t have any trouble just picking up the camera and starting shooting.

The biggest changes are on the inside, however. The GX1 uses the same 16 megapixels APS-C sensor as its bigger brother, the G3, only here it has a maximum ISO of 12,800 – pretty impressive for a compact camera. Aside from taking some very impressive photos (well, depending on the lens you use), the camera can also shoot HD video in 1920×1080 pixels resolution at 30 FPS. The stereo microphone array is just as good as the one on the GH1/GH2 or any other Lumix camera, for that matter (there is no external mic input, though).

Another new addition specifically to the GX1 is the LVF2 accessory, which has a higher resolution and magnification and also uses a new port for transferring the live feed, making it incompatible with other Lumix cameras or the LVF1 (so you’ll have to buy it regardless of whether you already have the first model). The GX1 comes with a 7.3 W/hr battery that should last about 300 shots or 1 hour of HD video, and with support for SDXC cards, you won’t be running out of space anytime soon.

With the GF3 now being impossibly simple for a real professional to use, it is clear that the GX1 is the way to go for enthusiasts who need a real DSLR’s features in a compact body for traveling without a huge bag of accessories.