Trending
You are at:Home»Tablet Reviews»Asus Transformer Prime 700 – the updated successor to the first quad core tablet is already here
By Gadgetman on Jan 15, 2012 · Tablet Reviews 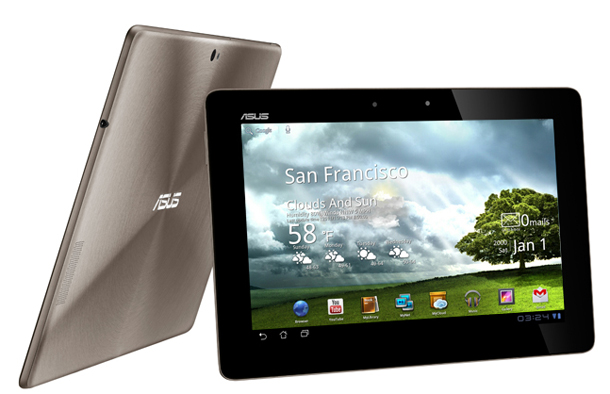 The tablet market is booming right now, but there really aren’t that many unique devices to be found – most of the tablets follow the same form factor and overall design. There’s nothing bad about that, actually, but it makes it pretty hard for the manufacturers to compete.

While the iPad and iPad 2 are the most popular and the most recognizable tablets on sale, there are a few more unique devices out there that truly deserve more attention, and the Asus Transformer is one of them. The Transformer’s special feature is the dock, which allows the user to turn it into a full-fledged netbook that has a longer battery life, more expansion options and a better hardware keyboard.

The successor to the first Transformer, the Transformer Prime, is also known for being the first quad core tablet on the market and it’s already on sale, ahead of pretty much everyone else, but Asus has already demonstrated its successor – the Transformer Prime 700, which brings a few notable improvements that make it pretty much the flagship Android tablet – there’s no other competitor that can boast the specs and features of this little monster.

The exterior design of the new Transformer Prime 700 series (also known as the TF700 or TF700T) is pretty much the same as the first Prime, with a few changes on the back – to the worst, in my opinion, since the beautiful metallic cover with a radial finish is gone in favor of a simple and unassuming matte finish – a bad decision if you consider the style, but Asus says that they did it to maximize the Wifi, Bluetooth and GPS reception, which is great from a practical stand point.

The main changes are on the inside, and the first thing that you’ll notice if you compare the TF700 with the first Transformer Prime is the display – the new slate has an all-new 1920×1200 pixels Full HD resolution (more than Full HD, actually, but it does play 1080p in full screen). This is pretty impressive for a 10.1 incher, but it looks like it’s the future of high end tablets, and there’s really nothing to complain about – the picture quality is great, and the viewing angles, contrast and brightness are still on a very high level.

Other changes include the new 2 megapixels camera on the back… and that’s pretty much it, actually. The rest of the specs remain the same, with the Transformer Prime 700 being powered by the new Tegra 3 quad core platform, with the processor running at a comfortable 1.3 GHz (it should go much higher with overclocking – up to 1.6-1.7 GHz, so that’s great news for modders and developers) and aided by 1 GB of RAM.

The price has been increased to $599 and $699 for the 16 GB and 32 GB version, respectively, and obviously the dock also costs extra. Seeing as both versions have a micro SD card slot, it’d be wise to go for the cheaper 16 GB model and get the dock – you can always bump the memory up to 48 GB with a cheap micro SD card. The new tablet will go on sale in the second quarter of 2012 in the US, and while it’s a great choice for new buyers, owners of the first Transformer Prime will undoubtedly be a bit angry at Asus for this move.