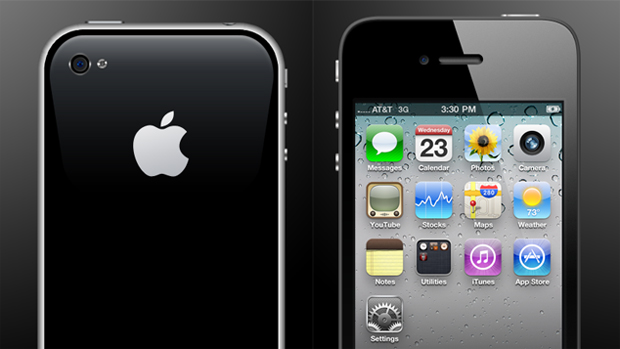 While there are over two dozen great smartphones on the market, the iPhone still remains the most popular overall in sales and the number of users. The nice design, powerful hardware and great interface of the operating system make the iPhone 4 and 4S a great choice for pretty much anyone. The marketplace also has the largest selection of apps for any kind of purpose – the Android market is half as big, and itself is about 5 times bigger than Windows Phone 7, the next competitor down the line.

Apple was supposed to introduce the iPhone 5 a few months ago, but instead we got the iPhone 4S, which is just a relatively small update to the iPhone 4, which has been on the market for over a year now. The new phone is very popular, selling more units than the previous model, which is not surprising, but the most hardcore fans were waiting for the next generation super phone that would change the situation on the market and make Apple the clear leader once again.

Well, the iPhone 5 is definitely coming, and it’s been confirmed that it will be in stores sometime in the first half of this year – I wouldn’t be surprised if it was released along with the iPad 3. There’s not much known about it, though – there’s nothing confirmed about the hardware specs or the design – everything is only rumors, so here’s what I think sounds plausible and the iPhone 5 will be like.

First of all, the iPhone 5 will most likely have a new design, for two main reasons – the current design is getting old (everyone has the iPhone 4 and 4S and that makes them not so unique and exclusive), plus the phone must accommodate a (slightly) bigger screen, which has been rumored about even before the iPhone 4S was released. The new display will likely have a higher resolution, too, topping the previous Retina Display in quality and pixel density.

A bigger display is not really a must, but with all the other high end phones sporting 4+ inch screens, which are great for work and play on the go, it’s hard to compete with an old school 3.5 incher. If Apple uses a wide screen format and some clever engineering, they can even fit a 4 inch display without changing the overall phone size too much (1-2mm won’t be that noticeable).

The other major change will likely be the use of the quad core A6 processor, bringing the iPhone 5 at the highest level of performance, along with whatever unannounced phones the other manufacturers have cooking.

And finally, something that people were expecting in the 4S – a 4G LTE radio, will most likely be present in the iPhone 5. 4G LTE networks are clearly the future, but the first generation of chips consume too much power, as you can notice on the Droid RAZR and LG Nitro HD, for example. The new chips that are currently entering production are more energy efficient, so you won’t have to charge your iPhone 5 every 6 hours if you want to have the 4G LTE radio enabled all the time.

These are the most likely to come true rumors, and there’s really not much else that can change on the iPhone 5, besides the software, obviously. If Apple uses a new display, a quad core processor and a 4G LTE radio, the new iPhone will most definitely beat all the previous records and become the leader once more.