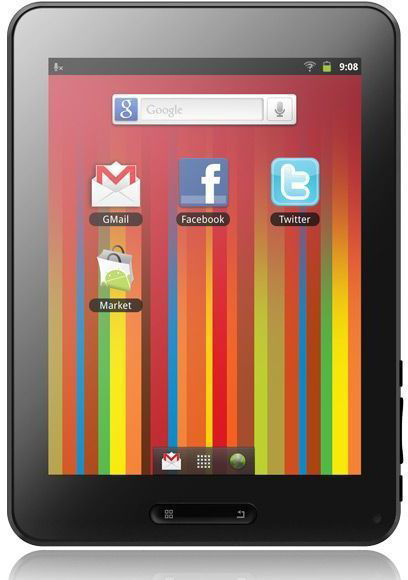 Tablet manufacturers compete in two major aspects whenever they come up with a product – specs and price. More than often, they compromise price by packing a tablet with specs we don’t even need. Fortunately, there are a few who thoughtfully squeeze decent specs into affordable tablets. With that being said, it brings me great joy to introduce three more budget-friendly slates – JoyTab 7, 8, and 10; each with a screen size corresponding to these numbers and all running Android 4.0 Ice Cream Sandwich. And we have Gemini Devices to thank for them.

The 7-inch tablet is 12.8mm thin and weighs 360 grams. No rear megapixel camera here but it does have a front-facing camera which in my opinion is much-needed given its video call feature. Display has 800 x 480 resolution and the HDMI port allows you to play videos or display images on compatible devices. JoyTab 7 is powered by a 1GHz processor, has 512MB RAM, 4GB internal storage, and a microSD slot for expandable memory. It sells for £129.99 or about USD $200.

JoyTab 8 is the 8-inch model announced by Gemini Devices. It is even thinner than the 7-inch version measuring only 10.7mm. Of course, it couldn’t weigh any lighter at 500 grams. Screen resolution is bumped up to 800 x 600 pixels and the processor is clocked at a higher speed of 1.2GHz. Internal memory is also upgraded to 8GB but it still has 512MB RAM, microHDMI out, a front shooter, and expandable microSD storage. JoyTab 8 is priced £149.99 or USD $240.

The highest-end version of JoyTab has a 10-inch screen with 1024 x 786 resolution. Those who fancy a rear camera will be glad with it because it has one. It too has a front-facing camera for making video calls. Inside is a dual-core 1GHz processor, 1GB RAM, and 16GB internal memory. Gemini didn’t forget to include a microSD card slot on JoyTab 10 for those who need the extra storage.

JoyTab 10 is the thinnest slate of the trio and measures 9.8mm. It is also the heaviest at 618 grams. Selling for only £199.99 or roughly $320, its beats many tablets belonging to the same price range.

The number of affordable Android tablets are quickly growing. Yesterday, XTex announced the 7-inch My Tablet 7. For $150 it gets you a 1.5GHz processor, 16GB worth of on-board storage, and 1GB of RAM. It even supports expandable memory and has a 2-megapixel front-facing shooter. Like JoyTab 7, it runs Android 4.0 Ice Cream Sandwich. XTex My Tablet 7 is $50 cheaper though and is a direct competitor to Amazon Kindle and the upcoming Google Nexus Tablet.