Trending
You are at:Home»Tablet Reviews»XTex My Tablet 7 – feature-rich 7-inch tablet selling for $150
By Gadgetman on Apr 20, 2012 · Tablet Reviews 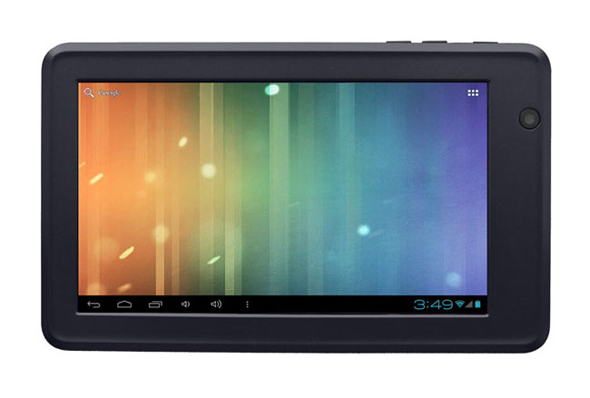 The rumored $150 Google Nexus tablet just found itself a new competitor months before its supposed release. XTex recently announced a 7-inch Android tablet that sells for the same price – My Tablet 7. Not only does it sell $50 cheaper than Kindle Fire, it also packs more specs for usability. And because it is a direct competitor to the upcoming Google Nexus tablet, it runs Android 4.0 Ice Cream Sandwich in its pure form.

Its OS alone is a surprising spec for a cheap tablet. My Tablet 7 runs Android 4.0.3, the latest version of Ice Cream Sandwich. UI doesn’t have any skin and gives a pure ICS experience out of the box. And for just $150 it also gets you a 1.5GHz processor, 16GB of internal storage, and 1GB of RAM.

This trio of specs entail several key features on users-end. Having 1GB RAM means it’s a capable mulitasker. It can run several apps at once as well as applications that require a gigabyte of RAM. A single-core 1.5GHz is enough to power graphic-intensive games available for download at Google Play. With 16GB internal storage, it can store a large number of apps, music, and photos among others.

Memory is not limited to 16GB though. XTex My Tablet 7 has an SD card slot for expandable storage. Presence of an HDMI output means you can use it for streaming videos to compatible devices. The extra 2-megapixel front-facing camera is something that will come in handy for taking self-portraits and video chat. All other specs like screen resolution and rear camera were no longer detailed but from what we know, My Tablet 7 offers more features and function than Amazon Kindle and for a cheaper price too.

In spite of great hardware and an affordable price, My Tablet 7 may have a hard time competing in a market. XTex needs to launch an all-out campaign and brand their 7-inch tablet well. If you’re willing to wait a couple of months more, hold on to your $150. Asus is rumored to be working on a similarly Google Nexus tablet running Ice Cream Sandwich. But for those of you in a hurry to get a cheap tablet for everyday use, XTex My Tablet 7 seems to be a viable option.