Trending
You are at:Home»Gadget News»Windows Phone 8 coming to Verizon this holiday season, to compete against iOS and Android
By Gadgetman on Apr 22, 2012 · Gadget News 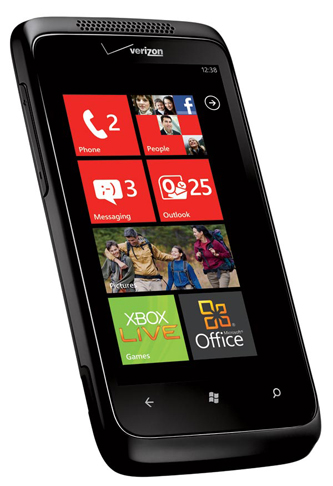 Windows Phone currently holds less than 2 percent of the world’s smartphone market. And while Nokia Lumia 900 sold out in AT&T, it isn’t doing very well in Europe where Android phones are still preferred. Price may have been a differentiator in the US though since Nokia offered a $100 refund to those who purchased an AT&T Lumia 900 from April 9 until 21. I guess what I’m trying to say is that Windows Phone still hasn’t established itself as a true competitor to iOS and Android. Rather, it is a platform known for being marketed on a smartphone which you can get for a bargain. Verizon Wireless might just change that however, just as it helped Android rise to the top when iOS and Blackbery OS overshadowed the rest.

Verizon Chief Financial Officer Fran Shammo said they want a third strong software in the market to compete against their present lineup. “We’re really looking at the Windows Phone 8.0 platform because that’s a differentiator. We’re working with Microsoft on it,” Shammo said during an interview after Verizon’s earnings conference call. The US carrier currently focuses on selling iPhones and Androids for smartphones. Clearly, Verizon is looking into the likelihood of selling Windows Phones during the holidays and Windows 8 is expected to launch at about the same time.

The executive also suggested they will play a big role and help Microsoft get recognition for Windows Phone 8. Even though they didn’t mention it, it seems like they’re not confident with Windows Phone 7.5 (Mango) which explains why they haven’t launched phones running it. The last Windows Phone Verizon sold was HTC Trophy from last year and it runs Windows Phone 7 (Tango). Looking back, Verizon played a huge role in boosting the popularity of Android phones and helped Samsung, HTC, and Motorola gain leverage. The carrier’s Droid line-up in particular helped then-struggling Motorola.

As of yet, AT&T is the only US carrier that’s actively helping out Windows Phone. Included in their 2012 lineup are HTC Titan 2 and Nokia Lumia 900, the only 4G-enabled smartphones running Microsoft’s latest platform, Windows Phone 7.5. If Verizon launches phones running WP8, they might just help Microsoft establish itself in the US market and spread out throughout the globe. Samsung is one of the few handset makers who expressed their interest in Apollo. Weeks ago, they said they’ll be launching smartphones running Tango and Apollo within the year.