Trending
You are at:Home»Camera Reviews»Samsung’s new NX20, NX210 and NX1000 have attractive specs, look a lot like Sony’s NEX
By Gadgetman on May 2, 2012 · Camera Reviews 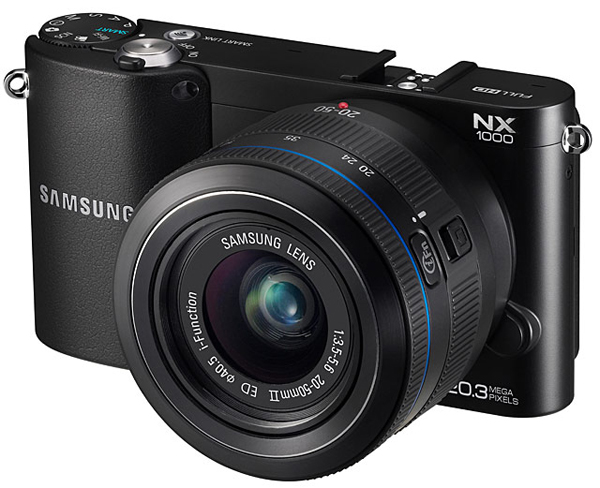 Samsung is one of the fastest growing mobile companies in the world, but they’ve actually been pretty successful for the whole decade – they’re well known in Asia and Europe for their household electronics, and their LCD TVs and monitors are trusted all over the world. They also manufacture all sorts of computer hardware under their own brand and for other companies.

As of late, they’ve been getting into the digital camera market, and they’re actually pretty successful at it – their first models may have been simple point and shoot cameras for those on a budget, but the build quality and more importantly, picture quality, didn’t suffer because of that. Their ILC cameras, on the other hand, are specifically made for the high end market, costing a pretty penny, but also delivering all the features you’d expect from a professional mirrorless camera with a detachable lens.

This year, they’re bringing out a couple of new ILC’s – two upgrades for existing models and a new, budget ILC in the form of the NX20, NX210 and NX1000, respectively. The naming is slightly confusing, so let’s get this out of the way: the NX20 is the high end model, the NX210 is the mid-range and the NX1000 is the low-end/budget ILC – simple as that.

All three cameras are very well built, although the NX1000 is lighter and has a less premium feel to it – thankfully, that does not affect its functionality in any way. All three models have built-in Wifi for easy connectivity, which is pretty nice. Also, the cameras (especially the NX210 and NX1000) look a lot like Sony’s NEX line (even the name is similar) – hopefully, Sony doesn’t get offended.

The NX20 is obviously the model with the most features and functionality. For $1100 (which includes a 18-55mm f/3.5-5.6 lens), this camera gives you practically everything you may need to start shooting great photos AND video. The camera uses Samsung’s own 20.3 Megapixels APS-C CMOS sensor, which is pretty damn good at what it does – it can certainly compete with any other sensor on the market, especially in the same price range. Aside from the lens mount, the camera has an integrated EVF and a swivel 3.0 AMOLED display that is perfect for shooting photos and for monitoring video. The video capabilities are pretty good, too: Full HD is supported at 30 FPS, and there’s a special 2.35:1 format mode at 1920×810 pixels and 24 FPS, which many people might find useful.

The NX210, which will retail for $900, has most of the features of the NX20, except for the swivel display and integrated EVF. There’s also no integrated flash, however that is because there’s a standard hot shoe that you can use for other accessories, and a flash module comes in the package – I’d say that’s a good trade-off. The NX210 is clearly aimed at those who need a very compact ILC with as many features as possible – the camera has the same APS-C sensor as the NX20, with the only feature missing being the extra wide video format. Even the lens shipping with the camera is the same exact model.

And finally, the NX1000 – it’s almost like the NX210, but with several features missing in order to reduce the price. The sensor has been left intact, so you’ll get pretty much the same quality in photos and video as the NX20 and NX210, but the lens included in the package is now a 20-50mm f/3.5-5.6 unit, while the 3 inch screen has half the resolution and is now an LCD unit. There’s no word on the price, but if it’s $700 or less, this camera will be one of the best budget ILCs you can get.

All cameras will hit the stores in May-June this year, so it won’t be long until you can test them out for yourself.