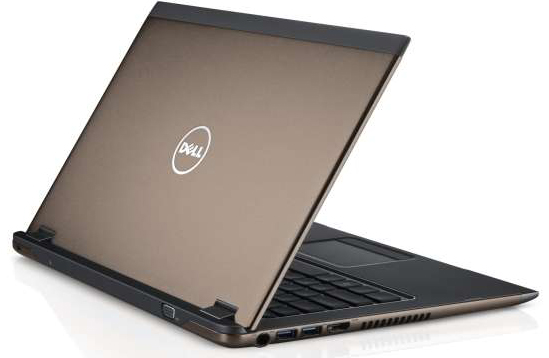 Dell is the number two maker of laptops in the world, right after HP, and while their consumer laptops have been lacking in quality and design, the company seems to have fixed that in the latest models, especially the new Ultrabooks. Their business laptops and workstations, on the other hand, were always among the best on the market.

The Vostro line is marketed as entry-level business laptops for those who need a reliable, fast and affordable machine for corporate use, as well as small business and home office. Just a while ago, the Vostro line got the 3×60 Series – a new addition with better hardware and a few changes to the design. The series includes the Vostro 3360, 3460 and 3560, which are 13.3”, 14” and 15.6” models, respectively – there’s no word about whether we’ll see a 3760 anytime soon.

The design of the new laptops is similar to the older models, but there are a few minor changes. The new laptops are thinner, have a slightly different design around the edges (with sleeker lines and taper) and come in three different colors, all of which look pretty nice.

The construction is still mostly plastic, with magnesium alloys used in parts that are being stressed the most and aluminum on the lid. The palm rest is made of soft touch plastic, which feels pretty nice – it’s a lot like the ThinkPads, actually. The overall design looks like a mix between the Dell Adamo (the hinge reminds of it right away) and the older Precision M4500 series (it’s very similar when you look at it open).

This holds true for all three laptops – the only differences on the outside between them is the size and the lack of an optical drive on the 3360 and 3460 – only the 15 incher gets one (and you can replace it with a second hard drive or SSD right away).

The hardware features include everything you’d expect from a modern laptop: the new Vostros have everything from internal Wifi N and Bluetooth 4.0 adapters to the obligatory USB 3.0 ports, HDMI out, Gigabit Ethernet and SD card slots on all three models. The Vostro 3560 also has a VGA port and an optical drive, as I already mentioned, but all three laptops offer SSDs or HDDs+SSD Turbo Cache for the best performance.

The trio can have up to 8 GB of DDR3 RAM inside, as well as a Core i3, Core i5 or Core i7 dual core processors (full power, not the Ultrabook ULV kind), which makes them a perfect choice for any kind of work. The 3360 only has Intel’s integrated graphics (which is plenty enough, for that matter), while the 3460 can be equipped with a NVidia GeForce GT 630M dedicated graphics adapter and the 3560 can run with a Radeon HD 7670M inside – obviously, that’s going to cost extra money.

As the laptops are already on sale, they’re shipping with Windows 7 – you’re not going to lose much by not having Windows 8 from the get go, though. You can (and should) always install your own OS, whether it’s a Linux distribution or a clean Windows install without Dell’s “helpful” tools and utilities (they’re still as bad as ever).

The Dell Vostro 3560 and 3460 start at $599 – a very good price for the quality and features, while the slimmer and lighter 3360 costs a bit more at $649. Obviously, if you deck them with the top hardware, it will cost you – you’ll pay almost $2000 for either of the laptops. Overall, the Vostro 3×60 laptops are a great update to the existing models, and a great choice if you need an affordable business tablet that will last for years to come.