Trending
You are at:Home»Gadget Reviews»Acer makes WQHD affordable to everyone with their new 29” and 27” LED monitors
By Gadgetman on Sep 2, 2013 · Gadget Reviews 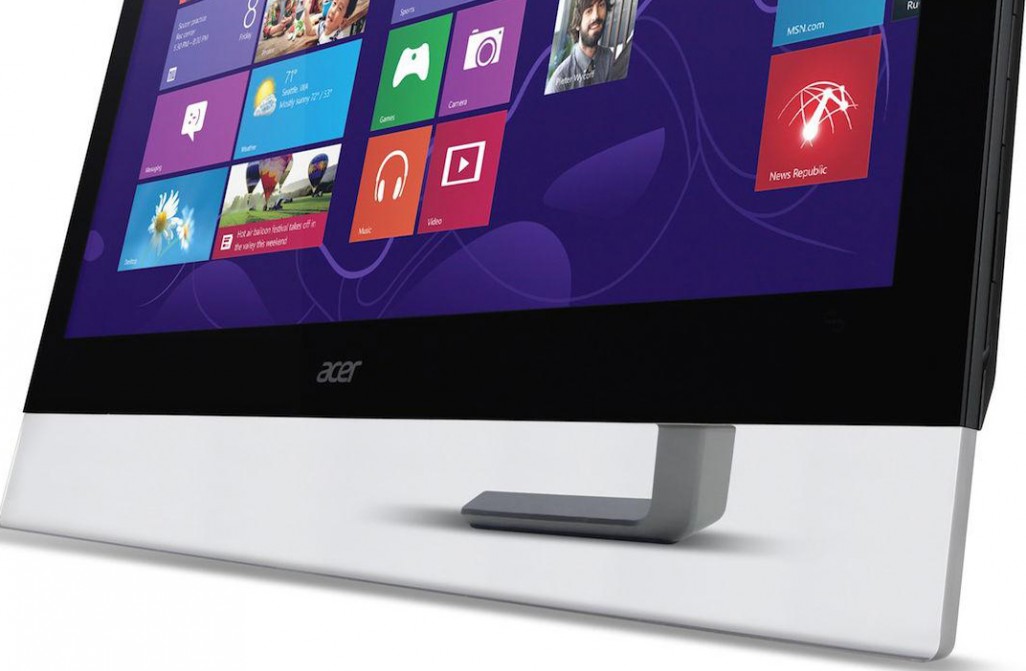 Nowadays, everyone is talking about 4K TVs and monitors but the truth is that we’re still quite far away from having those on every desk, especially when it comes to the monitors. The main reason is that they’re really expensive and for most purposes, even the current standard Full HD is more than enough. But once you go over 24 inches (because bigger is always better!), you simply need a higher resolution so you don’t stare at a screen door made of pixels.

That’s where WQHD resolution comes in – it’s the perfect choice for a sub-32 inch display, but until recently, you could only get the standard TFT panels at an affordable price, and those don’t have the best colors or viewing angles. And unless you want to play the roulette on one of those South Korean displays (with rejected Apple panels), there really isn’t that much choice.

Thankfully, Acer saw the opportunity and released a pair of nice 27” and 29” IPS monitors with a WQHD resolution at an unprecedented price. We’re talking about the B276HUL and B296CL specifically, as there’s another model, T272HUL, which has a touch screen, is aimed at home users and costs way too much for what it offers. 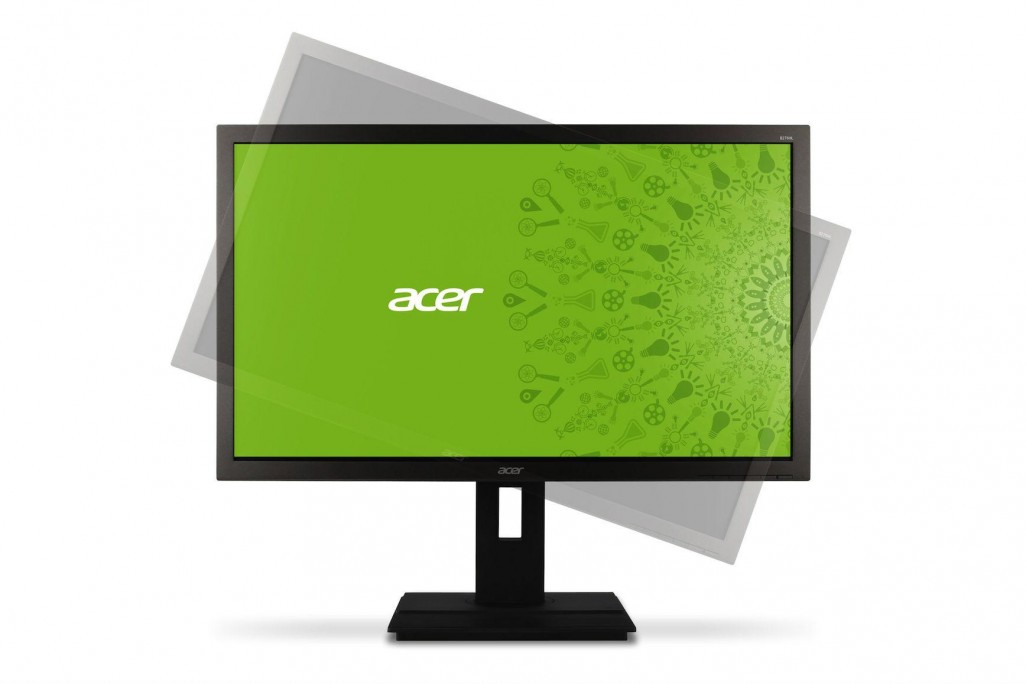 This difference makes the 27” more desirable for professionals and people who need high quality color reproduction and a large height for text, graphics, video and other work, while the 29” model is more suited towards movies and gaming.

Both monitors offer a great range of adjustments that easily rivals that of the more expensive Dell UltraSharp displays, with the panels sitting nicely on a large sturdy stand and being capable of 90 degree pivoting for portrait mode, adjustable vertical and horizontal tilt, as well as adjustable height – no matter what desk you have, you’ll definitely be able to set them up in the perfect position.

Some would say the monitors are not pretty – the straight edges, matte black color and 90 degree angles don’t make much of an impression – but I think they look very classy, like real work monitors should. The “borderless” design pioneered by AOC means that you only get a ~1cm bezel (it’s actually the LCD panel itself) around the screen, so the whole monitor is quite small, although not as thin as it could be because of the internal power supply. That does keep the whole housing sturdy, though.

The hardware features on Acer’s new B276HUL and B296CL are quite extensive and rather impressive considering the price. The monitors use LG’s latest AH-IPS panels, which provide great viewing angles, excellent contrast and accurate color reproduction (you’ll definitely want to calibrate them with a hardware calibrator for the best results, though). Their only drawback is the yellow/blue glow that is visible on a black background when looking at an angle – that’s what sets them apart from the much more expensive S-IPS and P-IPS panels.

The monitors have a light 3H antiglare coating that makes them useable in any light conditions and scratch resistive – but at the same time the picture can appear somewhat grainy if you look at it from a close distance or have very sensitive eyes. 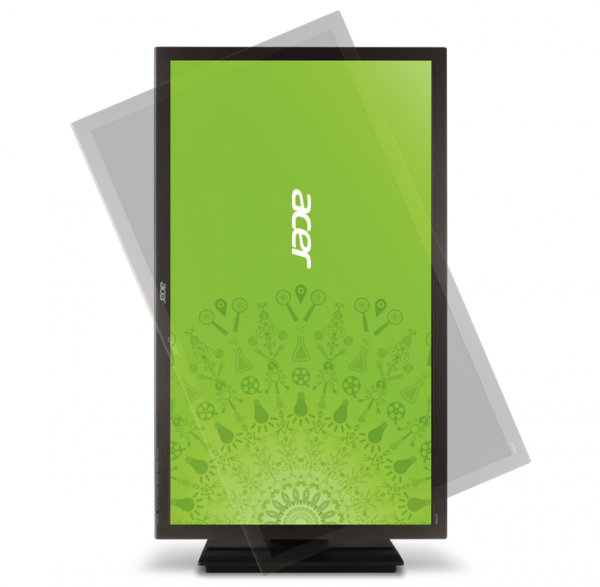 The B276HUL and B296CL have plenty of ports for any needs: there are 2x HDMI ports, 1x DVI port, 1x DisplayPort and a 3.5mm analog audio jack to drive the built in stereo speakers. There’s also an output DisplayPort (for daisy chaining multiple monitors) and a USB hub (1x input port and 2x output ports) with its own power supply, so you can charge any devices even with your computer powered off or disconnected.

The monitors are rated for 38 Watts of power usage, and although that’s most likely in Eco mode, they should not use more than 45-50 Watts even at the highest brightness, which is quite impressive considering their size.

Both the 27” B276HUL and 29” B296CL have the same $599 price tag, which is very low compared to the current competition – pretty much the only similar competitor is the AOC Q2963PM, which is a 29” monitor that has the same panel as Acer’s B296CL but lacks the adjustability of the stand.

The touch-enabled T272HUL mentioned in the beginning will be selling for $999, which is not worth it considering it’s got no adjustability whatsoever (it has a portrait-like design) and has a touch glass covering the front, which makes the colors and viewing angles worse.

The monitors are coming to stores this month, so if you wanted to get something with accurate color reproduction, great viewing angles, a wide range of adjustability and an affordable price, they are worth a look (just don’t forget to calibrate them before testing, at least by eye).