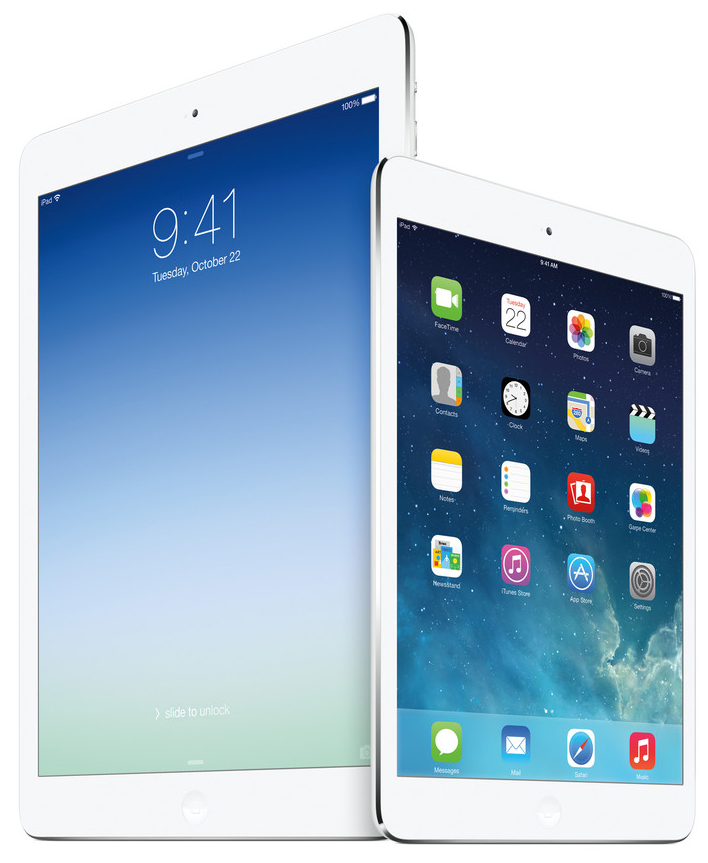 The event unveiled the brand new iPad Air tablet, and a refreshed iPad Mini with a retina display.

The Apple iPad Air and iPad Mini 2 include hardware improvements across the board, with increased processing and graphics hardware, a better screen resolution on both devices, and as always, a reduction in weight and thickness.

Firstly, the Apple iPad Air is a follow-up from the previous year’s model and is 20% thinner than its predecessor. On top of this, the new full-size tablet is 28% lighter and includes a decent hardware improvement.

The iPad Air is the first tablet to use the 64-bit A7 chip and M7 secondary processor combo that is also found in the new iPhone 5S, with Apple’s SVP Phil Schiller telling spectators of the event that the hardware infrastructure is “screaming fast.” Apple has officially confirmed that the new hardware is twice as fast as the hardware within last year’s retina iPad.

Apart from the difference in display size and resolution, the iPad Mini 2 has a fairly similar spec sheet as the iPad Air, with the same hardware and a reduced bezel and weight from the first iPad Mini.

The iPad Air and iPad Mini 2 have also been given prices already- The cheapest iPad Air will cost $499 for its 16GB model, making it $50 cheaper than the $549 Samsung equivalent.