Trending
You are at:Home»Android»Galaxy Gear smartphone compatibility is growing
By Ollie Green on Oct 24, 2013 · Android 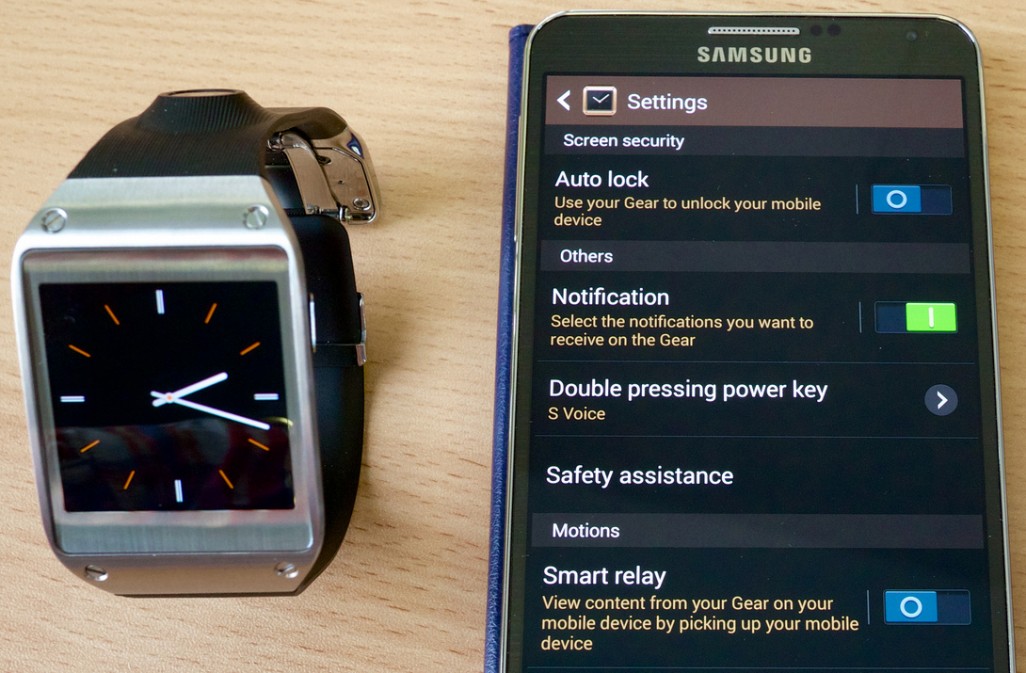 The Galaxy Gear hasn’t had a great launch due to it only being available to use alongside the Galaxy Note 3, however since then, support for Galaxy Gear smartphone compatibility has grown, and there are now a total of 8 different Samsung handsets that will soon be able to work with Samsung’s first smartwatch.

Despite the Galaxy Gear first being marketed as a companion to the Galaxy Note 3, after hearing customer’s complaints, Samsung has opened up the market and have been working on improving the Galaxy Gear smartphone compatibility ever since.

All of the various S4 variants will also get Galaxy Gear support, including the Galaxy S4 Mini, the S4 Active, and Galaxy S4 Zoom.

Finally, both the 6.3 inch and 5.8 inch versions of the Galaxy Mega will receive pairing support.

It has been mentioned by Samsung that the first batch of smartphones will require an update to 4.3 Jellybean before the Galaxy Gear smartphone compatibility will work, which means we may still have to wait a while yet, seeing as 4.3 has only just reached the S4 in Germany.

Samsung have not made any mention about whether the other announced compatible handsets will require a 4.3 software update as well, but it wouldn’t be surprising if they did.

This would ultimately mean that although Samsung are offering pairing support for more devices, whether you’ll actually be able to make use of this feature will be in the hands of your mobile operator and not Samsung themselves, as it is usually the operator who is in charge of sending out software updates.

This is quite a shame because many mobile network operators, especially in the United States, are renowned for taking their time with overdue updates, and sometimes don’t release updates at all.

Hopefully this new announcement from Samsung will encourage network operators to push out updates quicker so that Galaxy Gear owners can actually make use of their equipment.