Trending
You are at:Home»Android»New HTC One Made of Real 18-Carat Gold
By Ollie Green on Oct 8, 2013 · Android 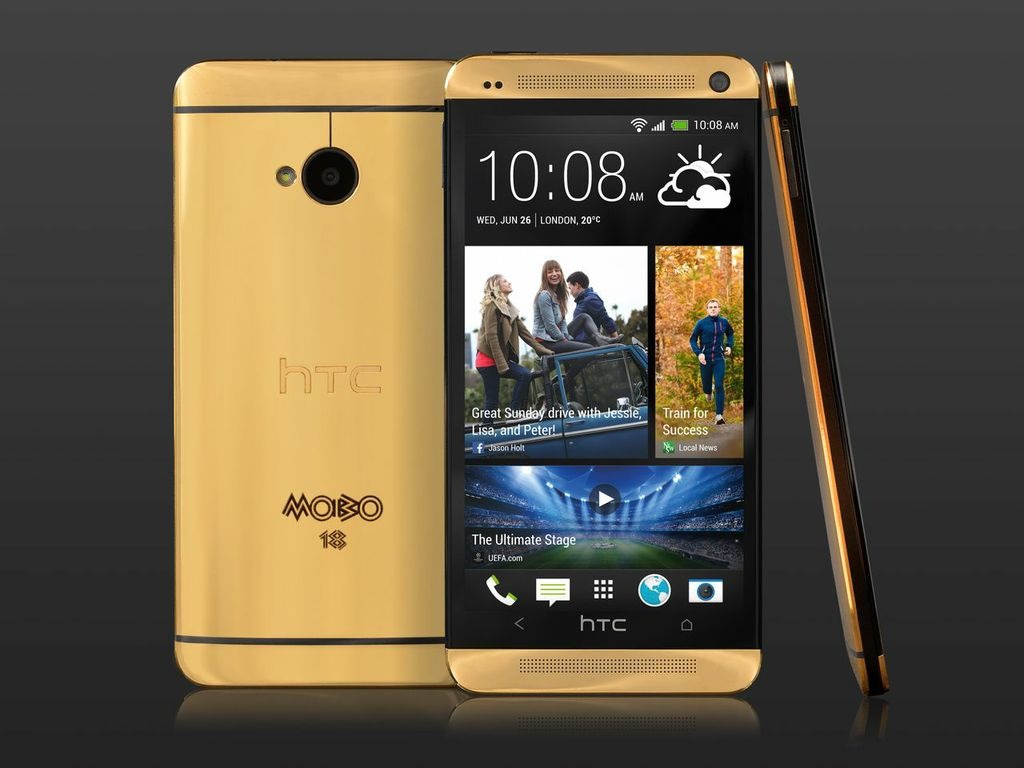 After recent talk about Samsung and Apple releasing gold color variants, and the heat that followed behind it, one company decided to take the golden trend even further.

A gold-plating company by the name of Goldgenie has teamed up with HTC to make a gold HTC One. Unlike Apple’s and Samsung’s golden colored flagship handsets, the gold HTC One is made with real 18-carat gold.

Only five gold HTC One units will be manufactured, and they will be put up for sale for the understandably expensive price of £2,750. (Or the equivalent of $4,400 USD)

The gold HTC One handsets have been made in celebration of the 18th MOBO awards, an awards ceremony dedicated to black music in the United Kingdom which will be held on October 19th.

One of the five gold HTC One handsets will be given to the winner of the Best Newcomer category, but the other four will be available for purchase from HTC.

Goldgenies is a company that specializes in selling premium finished handsets and electronics, and have a history with expensive smartphones coated in premium materials. 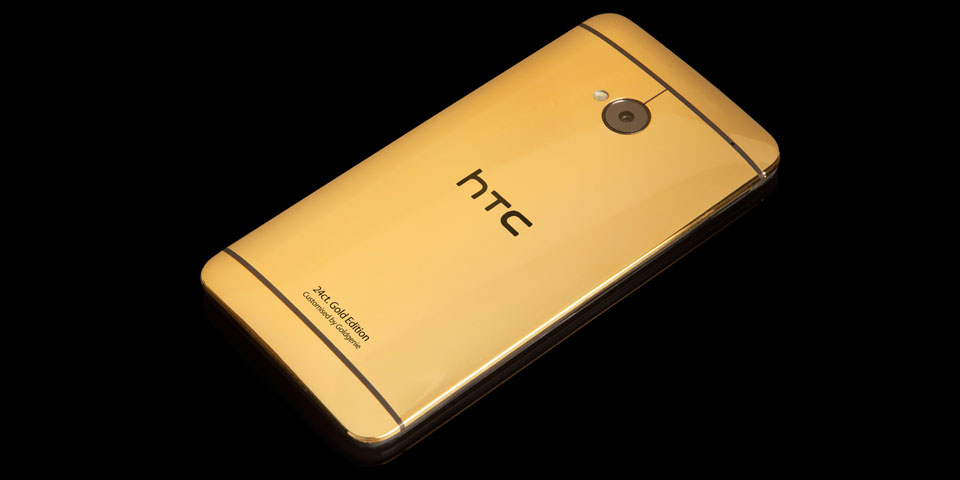 24-carat HTC One by Goldgenie

Buying premium finished electronics is obviously something only available to those that have more money than sense, and from the opinion of a smartphone fanatic, it seems strange to purchase a gold-plated smartphone that will become outdated in 6 months’ to a years’ time.

Something also makes me wonder whether HTC did this just to pull the legs of Samsung and Apple. Both companies have had fights and dealt with lawsuits in the past, and they have recently been caught up in the ‘who made a gold smartphone first’ debate.