Trending
You are at:Home»Android»Will there be a white Nexus 5? Photographs Seem to Suggest So
By Ollie Green on Oct 20, 2013 · Android 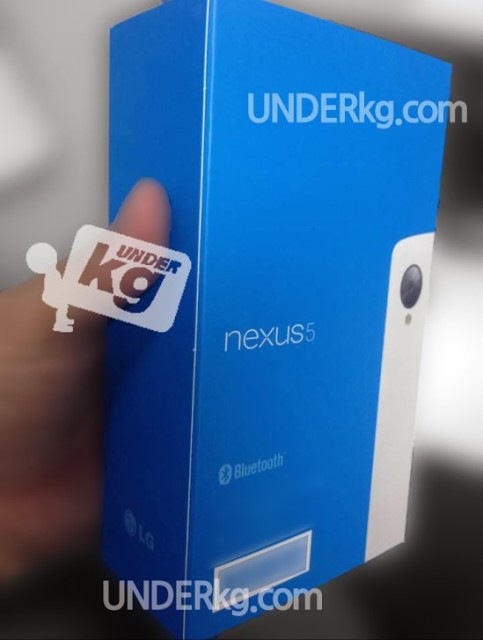 The Nexus 4’s main supply came in the form of a black version with a glossy glass back casing, but Google and LG followed up with a limited edition white version a few months later down the road.

This has led us to ask ourselves ‘will there be a white Nexus 5?’ While we won’t know the answer to this question till the actual device gets released, a leak seems to suggest that there will be such a device.

It’s no surprise really that everything about the Nexus 5 has now been laid out on the table through various leaks and slip-ups from Google themselves. This time though, a leak comes from a retail packaging of the Nexus 5, and instead of it being packaging for the expected black version, it is instead for a white version.

Despite the photographer having the retail box in his hands, the actual handset is nowhere to be seen. It makes us wonder how he managed to get hold of such a box without actually getting his hands on the handset itself.

This is quite interesting because despite all of the various leaks online, this is the first we’ve heard of a white version, and as always, it’s never 100% definite until Google confirms it themselves.

Whether there will actually be a white Nexus 5 or not is currently unknown, but with all of the leaks so far, it wouldn’t be wrong to now expect a white version of the upcoming Google & LG made phone, even if it doesn’t arrive at the same time as the black version.

The white version of the Nexus 4 simply had a white back casing, and this may be the same case with the white Nexus 5, if such a thing exists.

We’ll have to wait for a confirmation from Google to find out more.