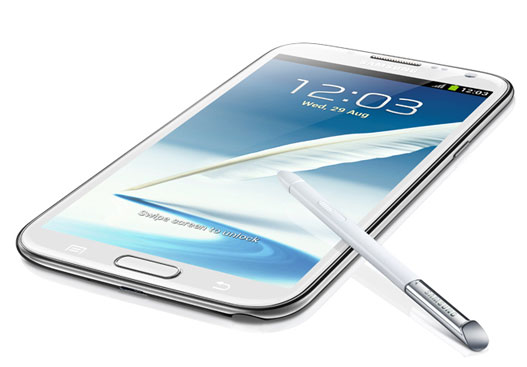 At long last, the 4.3 Android update for the AT&T variant of the Galaxy Note 2 has been processed, and the rollout will start very shortly. If you’re still holding onto your Samsung phablet, this news should come positively to you as the new Galaxy Note 2 4.3 update brings in a bunch of new changes to the way the operating system works and how it handles connections with other devices.

The new OTA Galaxy Note 2 4.3 update has taken a very long time to finally make it’s way to AT&T’s network, and if you’ve been following the journey the Jelly Bean update has made on the G Note, you’ll know exactly what features the update will bring.

Firstly, and possibly the most useful for those looking to get hold of all the new Samsung gadgets, Galaxy Gear compatibility has been added to the Galaxy Note 2 4.3 update, so if you have the Samsung smart watch you’ll finally be able to use it once the updated has landed on your device.

A bunch of new features have been added as part of a bundled “premium suite.” The premium suite includes a lot of features we’ve seen release on 2013 TouchWiz devices such as the Galaxy Note 3 and the Galaxy S4.

This includes the most up to date Multi-window app, Group Play 2.5, Samsung Link, Group Messaging, Samsung apps, a new Easy Mode, among other changes.

One change that may not be so welcome is the inclusion of Knox; a software-side behind the hood ‘flip switch’ that triggers when the device is rooted or unlocked unofficially. If you’re the kind of person who likes tampering with your device, I’d advise reading up on the new Knox feature before starting with the G Note 2 after it has upgraded to Android 4.3.