Trending
You are at:Home»Apple»FaceTime not possible with 4G or LTE – should this stop you from buying the new iPad?
By Gadgetman on Mar 15, 2012 · Apple 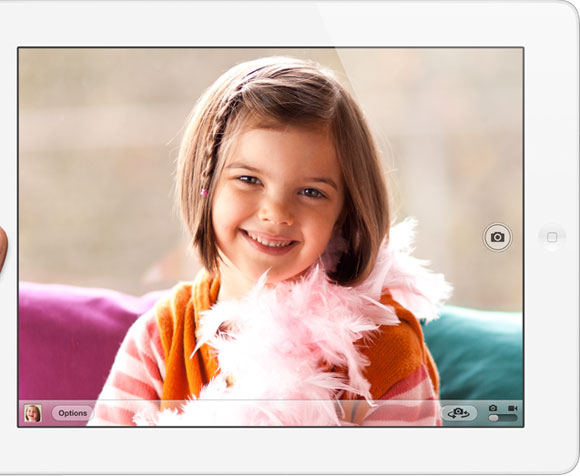 The ability to connect to 4G network is a key feature of the new iPad. It’s not a world-first but it is Apple’s first attempt to include LTE technology in an iPad. The ultrafast internet connection complements many of the new iPad’s features such as its outrageous Retina Display and Wi-Fi hotspot functionality. Unfortunately, the same isn’t true for FaceTime because it’s not supported by LTE.

Lack of FaceTime support over LTE isn’t really that much of a let-down if you’re accustomed to this feature. Since its introduction two years ago, FaceTime remains unsupported when connected to 3G. But then there are people new to FaceTime and iOS in general – a market that Apple has yet to capture. Along with everyone else, these people will see LTE technology as a snazzy addition to the new iPad but might have a hard time understanding why FaceTime isn’t 4G-friendly.

Inability to make FaceTime calls over 3G is fairly understandable. If Apple allowed it, FaceTime calls would be choppy and get cut off every few seconds. 3G is simply not fast enough to sustain this feature. But LTE networks are blazing fast compared to 3G. Streaming, video calls, browsing, and basically everything else we do on the internet becomes faster with 4G. And so, the lack of support for FaceTime seems unjustifiable with the presence of LTE networks.

Many speculate that carriers are behind this restriction. If they allowed FaceTime over 4G, this would burden their currently limited LTE spectrums. So far, Verizon and AT&T are slowly expanding their 4G services after failed attempts to acquire more spectrum. Until carriers are ready, we can’t expect them to allow FaceTime calls over LTE – if they really are behind it. To make and receive FaceTime calls, you have no other choice but to connect to Wi-Fi.

Should FaceTime’s lack of support for 4G stop you from getting the new iPad? I don’t think so. LTE technology is far too advanced to miss out, especially if you live in a country where it’s already available. 4G lets you stream videos and online radios, download, upload, and browse the internet at blazing speeds. You can’t let these get away just because FaceTime doesn’t work on it. Besides, the ability to use your new iPad as a Wi-Fi hotspot is priceless especially with Verizon’s upcoming shared data plans. Based on Apple’s pricing details, the new iPad’s Wi-Fi + 4G models have a starting price of USD$629.