Trending
You are at:Home»Apple»iOS 5.1 preview – bug fixes, improvements, and features
By Gadgetman on Mar 8, 2012 · Apple 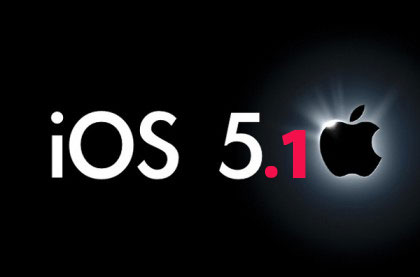 For the main course, Apple served us the new iPad at today’s event. It sure gave us a mouthful with its Retina Display, 5MP iSight camera, 4G LTE connectivity, and a monstrous dual-core A5X chip with quad-core graphics. Before its unveiling, Apple CEO Tim Cook gave us a taste of iOS 5.1, their latest mobile operating system. The new iPad is shipping with iOS 5.1 featuring a Japanese Siri and the typical “improvements and bug fixes” tagline that comes with updates. iCloud users will be very pleased with this update, since they can now remove photos from their Photo Stream with their device. Previous iOS 5 builds forced users to visit iCloud.com just so they could delete photos.

iOS 5.1 is an unreleased update as of today but you can expect it knocking on your doorstep in the coming weeks. Rollouts depend on your location but if you’re not the patient type, you can always download theme here or force an OTA update by selecting Software Update under the General section of your device’s Settings. Devices compatible with the update include iPhone 3GS, iPhone 4, iPhone 4S, iPod Touch 3G, iPod Touch 4G, iPad, and iPad 2.

The update brings several features, improvements, and bug fixes as follows:
• Siri updated with Japanese language support (availability is limited during initial release)
• Adds Photo Stream feature allowing users to delete photos directly from their device
• Fixes bug which makes camera shortcut disappear from the lock screen in previous builds. Now the shortcut stays on.
• The camera button shortcut now acts as a slider. Slide it up and you’ll have access to the Camera app right away.
• Face detection for iPhone 4S which highlights faces during photo taking. Doesn’t always work but when it does, a green box will appear over a person’s face.
• (AT&T users) iPhone 4S indicator displays “4G” when connected to an HSPA+ network
• iPad camera interface was tweaked, moving the camera shutter button to the right side of the frame. When you rotate an iPad, the button will move accordingly.
• Improves audio quality for iPad, delivering clearer and louder audio when watching videos
• iPad gets new podcast controls. You can now change playback speeds and rewind 30-second segments.
• Fixes bug that affect battery life
• Fixes bug that causes audio to drop when making outgoing calls
• iTunes Match subscribers will receive Genius playlist and Genius Mix suggestions