Trending
You are at:Home»Camera Reviews»Leica M9-P Hermès Edition and Jean-Louis Dumas Limited Edition
By Gadgetman on May 16, 2012 · Camera Reviews

$8,000 – that was the price Leica gave M Monochrom, the world’s first digital compact with a monochrome sensor and the ability to take full-frame 35mm photos in black and white. If you thought that was a ridiculous price to pay for a niche camera, what I’m about to tell you might sound gibberish. Leica followed up their special edition camera series with M9-P Hermès valued at $25,000. Even more expensive is the Hermès Edition “Serié Limitée Jean-Louis Dumas” M9-P with a $50,000 price tag. 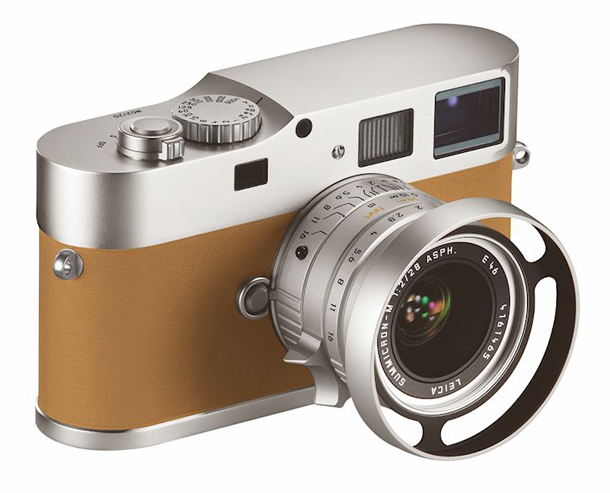 Leica M9-P “Edition Hermès” combines the classic, retro feel of Leica cameras with luxury. Technically, it is a rebranded version of the original Leica M9-P which explains their close resemblance. Top deck and base plate have a silver chrome finish complemented by ocre-colored calfskin leather, courtesy of Hermès. The shoulder strap included in the package will also be of the same type and color of leather. Besides the obvious design changes made on the top deck, base plate, and camera body, the shutter dial speed, shutter release, and the multifunction wheel were also redesigned. These and the limited edition numbers assigned to the camera help distinguish it from the standard Leica M9-P.

The camera will be offered with one lens, a silver-anodized Leica Summilux-M 50mm f/1.4 ASPH. It has the same functionality as the standard versions but was redesigned to complement the luxurious Hermès shooter.

M9-P “Edition Hermès – Serié Limitée Jean-Louis Dumas” looks like the special edition but it’s not an exact replica. The frame selector level, accessory shoe, and Leica script were removed from the top deck in this edition. The Hermès Edition camera is a tribute to Jean-Louis Dumas, a Leica photographer and former president of Hermès who passed in May 2010.

A book containing hundreds of his works will be included in the package. His photographs will be showcased in two separate volumes which total to 190 pages worth of 200 black-and-white images – all taken with his own Leica M camera. The camera also includes three silver-anodized lenses: Summicron-M 28mm f/2 ASPH, Noctilux-M 50mm f/0.95 ASPH, and APO-Summicron-M 90mm f/2 ASPH. Completing the package is a Hermès camera bag made of leather for storing the camera and lenses.