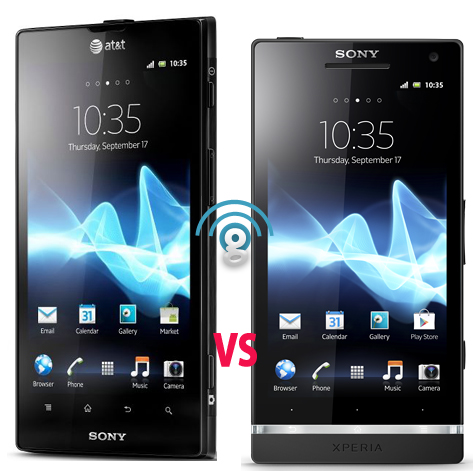 Xperia Ion is Sony’s first 4G LTE smartphone. In many ways it is Sony Xperia S – only better. It shares the best specs and features of the company’s flagship phone but sees some significant design and hardware upgrades.

Sony Xperia Ion trades off the iconic LED bar of Xperia S for a larger display. Instead of three, it has four capacitive touch buttons below the screen for Menu, Home, Back, and Search. One thing it doesn’t give up is its rectangular form factor. The back, still slightly curved, makes it comfortable to hold despite its sizeable dimensions.

Despite its larger size, Sony Xperia Ion has the same weight as Xperia S. It’s not too heavy but it does miss the average weight of smartphones by 2 grams. Buttons for power and volume don’t protrude as much as they do on Sony Xperia S, giving it a cleaner look. Personally though, I prefer the placement of the volume rocker on Xperia S because it’s easier to reach with your right thumb when listening to music. On the bright side, it still has a dedicated camera button below the volume as well as a scratch-resistant glass to protect the display. Color options are limited to black.

A closer inspection of its innards will reveal some disappointing details. It has a limited 16GB internal storage and you won’t be able to expand it further than that since it doesn’t have a microSD card slot. You can, however, rely on cloud storage to store files. Its display also has a lower pixel density of 323ppi, making images and text less crisp compared to Xperia S. It has a beefier 1900 mAh Li-Ion battery but it drains faster than Sony Xperia S when mobile data is turned on. When 3G and 4G are not in use, it lasts a little longer than Sony Xperia S.

Camera features are similar in both phones. The 12-megapixel camera supports geo-tagging, touch focus, face and smile detection, 3D sweep panorama, and image stabilization. The 12-megapixel in itself makes it one of the best camera phones. Both also have the same dual-core processors, RAM, and connectivity options. A dual-core Snapdragon may not be a great feature but it’s more than enough for gaming and other tasks. Paired with a gigabyte of RAM, Sony Xperia Ion is both slick and good at multitasking. The phone is shipping with Gingerbread but Sony is expected to release an Ice Cream Sandwich update soon.

AT&T is selling Sony Xperia Ion for $99 on a two-year contract; not bad for a high-end smartphone that lets you enjoy blazing fast 4G speeds. It does suffer from one major hiccup – limited storage. Cloud storage may be a modern way of storing photos, music, and files, but it’s not practical considering you have to pay for more than 5GB of space and need data or WiFi connectivity to access them. With that being said, Sony Xperia Ion isn’t for everyone despite its many perks. For the most part, it makes a wonderful option and has an edge over its competitors thanks to its 12-megapixel camera.