Trending
You are at:Home»Gadget Reviews»Buying a new TV – what features to look for and what to avoid
By Gadgetman on Jun 1, 2012 · Gadget Reviews 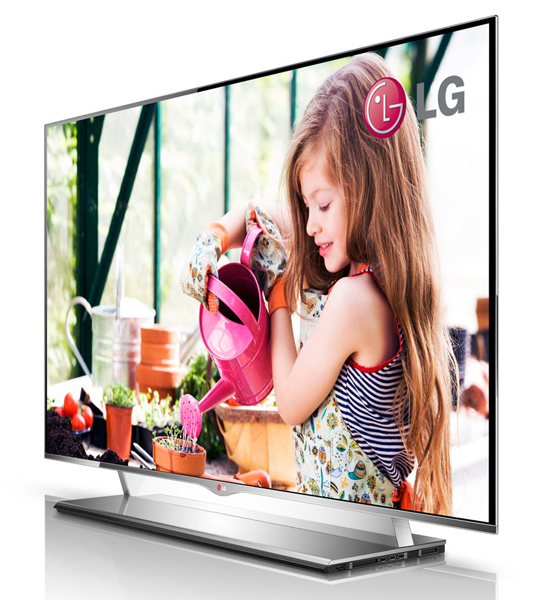 A TV set is a staple in any home’s living room or bedroom (or both), and the latest advances in technology made TVs better than ever – they’re not the bulky gray or black boxes that weigh 50 pounds anymore – the latest flat panels are so slim you can easily hang them on the wall like a portrait (which many people actually do).

There are a lot of TVs to choose from, and manufacturers release a new model pretty much every year even though the previous ones are still on sale, making things even more complicated. If you’re in the market for a new TV, this article will provide a few tips and recommendations on how to choose the best one – which features to look for and what to avoid. Read on!

The resolution must fit the size

First of all, let’s start with the resolution – it must fit the size of the display! What I mean by that is that you need to make sure you don’t get a big TV with a small resolution. There are a lot of cheaper models out there using the also cheap 1366×768 resolution, which is fine, but only up to a point. It definitely doesn’t look very good on 30+ inch screens – the pixelation is very visible. 1920×1080 pixels is the current mainstay, but 2K and 4K resolutions are coming to the market this year, so if you’re planning on buying a 55+ inch TV, it’s better to hold out for them – the difference in quality is stunning! If you just want an affordable 40-50 inch TV set, 1920×1080 should be plenty enough, though (and they’re getting cheaper every day).

3D is only a gimmick on most panels

Manufacturers have been pushing 3D heavily for the past couple of years, but unlike HDTV, it didn’t really catch on. There’s a simple reason for that – 3D just isn’t all that good in a relatively small TV! Sure, it looks awesome in theaters, but even on a 65 inch panel, you’ll struggle to get the same effects, not to mention that you’ll have to use special glasses that are expensive, need charging and are pretty uncomfortable when you’re relaxing and watching a movie. A good surround sound system and a big panel will do much better than a more expensive TV with 3D functionality.

The ability to access the Internet is highly desirable

Pretty much all of the new flat panel TVs have integrated Smart TV functions, but the most important feature they offer is the ability to view and browse Web pages and videos. With the Internet being such an important part of our lives, TVs had to adapt so they don’t become obsolete, and that’s great for the buyers. Watching YouTube videos or reading a website on the big screen is a pretty awesome experience, and I wouldn’t recommend getting a TV without Internet capabilities, especially if you intend to use it at least for the next several years.

The dynamic contrast ratio is pretty much worthless

You’ve probably wondered how come some manufacturers list the contrast ratio of their TVs in the thousands and some go into the millions – the answer is that the latter are lying. Well, technically, they’re just taking advantage of the undefined standards to better advertise their product, but still, a 5,000,000:1 contrast ratio is just not possible. Thankfully, at least they have the decency to call it “dynamic contrast ratio”, so you know it’s not accurate. You should look for the “static” or “native” contrast ratio number, which is usually in the thousands, like 2000:1, for example.

The viewing angles can make or break the whole experience

This doesn’t affect that many TVs – it’s mostly the smaller sub-30 inch models that have this problem. The picture gets noticeably worse if you look at the screen from an angle, which is very annoying when watching a movie or doing pretty much anything else. The color wash just makes everything ugly, so you need to make sure the viewing angles are good – it doesn’t matter if it says 178 degrees vertical/horizontal, by the way (that just means the picture is still visible, not that it’s good).

Keep the above tips in mind when shopping for a new TV and you’ll get something that doesn’t cost a lot and which will serve you for many years to come – good luck in your search!