Trending
You are at:Home»Gadget Reviews»What you should pay attention to when choosing a budget smartphone
By Gadgetman on Jun 3, 2012 · Gadget Reviews 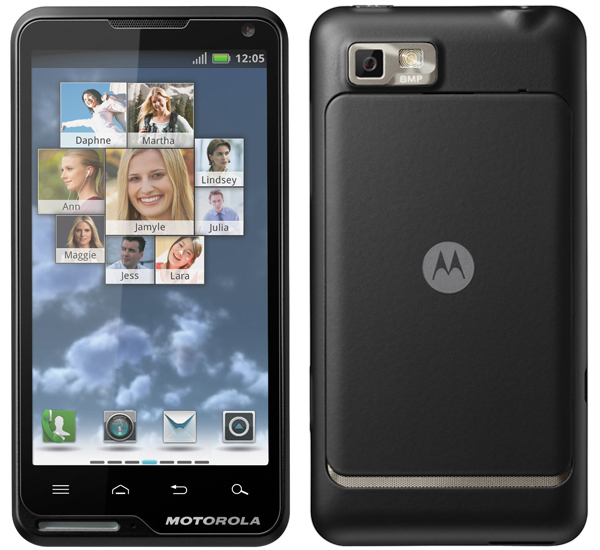 Smartphones were a luxury just half a decade ago, and Windows Mobile seemed like the most advanced operating system ever made for mobile devices. But after the iPhone, everything changed – smartphones were no longer exclusive to business and corporate users, with manufacturers starting to sell them to the average cellphone user. Today, there are more smartphones than regular cellphones in the US, and the trend is worldwide.

While the first consumer oriented smartphones were high end and cost a lot, nowadays there are plenty of budget models that are affordable to anyone. If you’re in the market for a new smartphone and want to get a cheaper one, here are a few things you should keep in mind when choosing your device.

You should get a smartphone with a good display – doesn’t matter if it’s more expensive, you’ll regret the purchase later if you don’t have a good screen. A good display that will be comfortable to use should be larger than 3.5 inches and have a resolution of 800×480 pixels, at the very least. Don’t go for the cheaper 3.0 inchers with a 480×320 resolution – it’s just not enough nowadays, not to mention that a lot of apps will simply refuse to work or will have a lot of issues.

The processor and amount of RAM

Obviously, the processor and RAM influence how fast the phone will be, but you don’t need the latest and greatest quad core and 2 GB of RAM (not that you can get that in a budget phone) – a single core, 1 GHz processor and 512 MB of RAM are more than enough for most people, especially if you pay a bit of attention to the apps you install and regularly remove the ones you don’t need or which hog the resources. Don’t go for anything below 1 GHz – not only are those phones slower, they also might use older ARMv6 processors, which are quite a lot slower than the newer ARMv7 and higher models (the Qualcomm MSM7227, used in many budget phones, is such an example).

The size and weight

This is mostly a personal preference, so you’ll have to decide what’s acceptable or comfortable for you. Generally, I’d recommend not getting a phone that’s over 65mm wide and over 125mm long – they’re quite a lot harder to use with one hand. Most phones are pretty slim nowadays, so you shouldn’t have any problems with that – anything under 12mm should be good. The weight doesn’t play much of an importance, but some people do prefer heavier phones, in which case you’ll need to look at models with a metal body or bigger display.

The operating system and software features

The operating system plays a big role in the whole smartphone experience – if you have an old buggy version filled to brim with useless apps (networks seem to love to do this), you’ll definitely not enjoy your phone as much as you could. If you get an iPhone, it’s pretty simple – iOS is easy to use, works well and is pretty stable no matter what version it has. The same goes for windows Phone 7, though you should get and install the latest update right away. Android has a lot of versions, and more importantly, manufacturers tend to customize the interface and apps with their own stuff, so pay attention to what comes pre-installed or make sure you can install a custom ROM if you don’t like the default one (just search for custom ROMs for the phone, you’ll know if there are any right away).

This is actually the most important point when getting a new budget smartphone – new low-end devices are most often not as good as older high end models. This holds true for most things, actually. For example, the budget Galaxy Ace doesn’t hold a candle to even the original Droid or Milestone – you’ll get a much better experience with the latter. There’s plenty of stock left at various shops, and obviously eBay is a perfect place to shop for these phones.

Take that into account and try to get an older high end phone rather than a new one that’s specifically targeted at the budget market, even if you have to pay a higher initial price (as an advantage, you may also not be bound by a network contract).
Follow these guidelines and you’ll definitely be able to get a perfect budget smartphone that will last you a long time and give you the best bang for the buck!