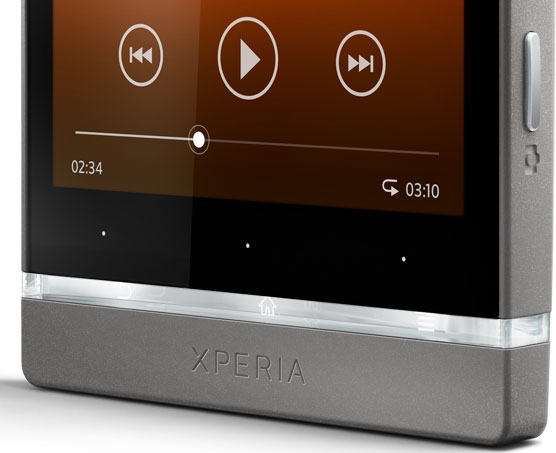 When we are talking about Sony’s new handsets, the Xperia S is definitely the most desirable, but if you were undecided on whether to buy it until now, the company has something to offer that may change your mind – an updated model! Yes – just a few months after the Xperia S, Sony is already releasing an update, the Xperia SL. It’s a bit strange that Sony would do this, especially since the SL is just a very minor update (and existing Xperia S owners may be angry), but here it is.

The new Xperia SL is pretty much a carbon copy of the S – in fact, it’s just the Xperia S with new hardware inside. The new, post Ericsson design remains the same, and it’s stylish and practical at the same time. The curved back helps the phone stay put in your hand, and the LED strip with touch navigation buttons right below the display adds a bit of style. The front is adorned by the 4.3 inch display, which has the same 1280×720 pixel resolution as the previous model and looks great even though it’s “just” a TFT-LCD unit – a lot of that is thanks to the Bravia Mobile engine, which makes the colors vivid and plain beautiful. As you may know, the Xperia S comes in White, Black and Gray – the Xperia SL adds a Pink model to that list. 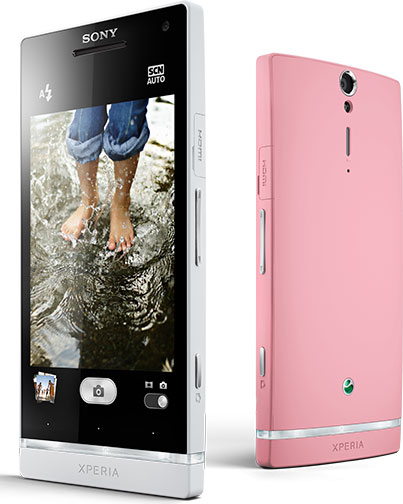 The hardware features haven’t changed much – the only notable difference between the Xperia SL and the old model is the processor: the new model uses a slightly faster Snapdragon S3, which has the two cores running at 1.7 GHz instead of 1.5. As you may have already guessed, that translates to only a minimal increase in speed – most of the time, you won’t notice the difference. The amount of RAM stays the same at 1024 MB and the graphics adapter is still the good old Adreno 220, which is still fast enough to run any games, but is not up to task to be compared with the GeForce in the Tegra 3 or the new Adreno 320 in the newer Snapdragon S4 chips. You can see the rest of the specs in the table below:

Software-wise, there hasn’t been much change – the new Xperia SL is still powered by Android 4.0 Ice Cream Sandwich. Granted, the Xperia S came with Android 2.3, but by now, most handsets should be running 4.0 thanks to the OTA update. Sony also uses their own Timescape UI, which is pretty nice but nothing special, and of course the phone can run PlayStation certified games. To further differentiate it from the older model, the Xperia SL will be getting the Jelly Bean update, which will most likely not be available (officially, at least) for the Xperia S.

No word yet on pricing, but you can expect the Sony Xperia SL to cost around the same as the Xperia S when it comes out in a few weeks. The phone will be launched in the US and Europe, although only a couple of networks will have it in stock.