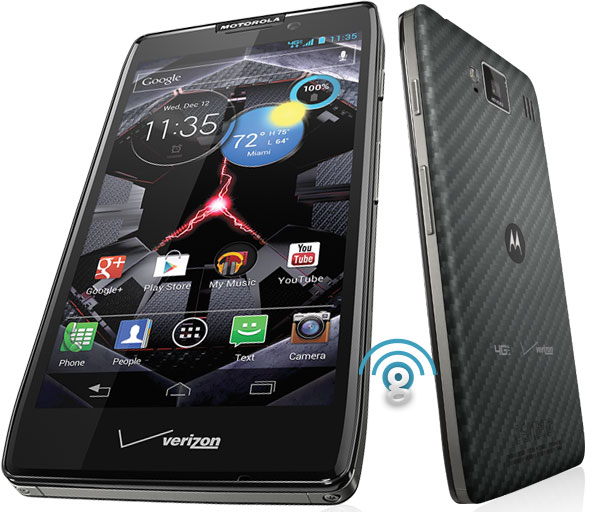 Despite having been acquired by Google, Motorola Mobility is still going about their business like usual. They’ve released quite a few great smartphones this year, and of course, they’re not stopping to rest on their laurels, either. Two of the most popular Android smartphones from the company are the Droid RAZR and Droid RAZR MAXX, both of which are very similar, with the notable exception of an extremely large battery inside the latter.

The phones have been on the market for half a year now, and of course, it was about time for Motorola to release updated models, which they did with the Droid RAZR HD and Droid RAZR MAXX HD.

Motorola has definitely struck gold with the new RAZR design – it’s bold, it’s unique, it’s practical and overall awesome. The new HDified RAZRs don’t steer too far away from the previous models, having almost the same overall style and finish. Both smartphones have a metal housing with Kevlar on the back and Gorilla glass on the front, but they’re still noticeably different than their predecessors. There’s no more hump on the back of the RAZR HD – it’s now a uniform 8.4 mm thick, which actually makes it feel better than the 7.7 mm Droid RAZR. The RAZR MAXX HD looks exactly the same, only it’s 9.3 mm thick because of the larger battery.

The main change is in the bigger displays – Motorola has managed to cram a 4.7 inch display inside the new RAZR HD and RAZR MAXX HD with a 1280×720 pixels resolution, which very pretty impressive considering the size of the devices is the same as the first Droid RAZR. Motorola made it possible by narrowing the bezel and removing the touch navigation buttons below the display – that’s right, the new phones are now true full touch screen devices.

The other major change is the processor – although it’s not far from the previous TI OMAP when it comes to performance, the new Qualcomm MSM8960 dual core running at 1.5 GHz is much more energy efficient, which will lead to longer battery life on both devices – Motorola quotes 10 hours for the Droid RAZR HD and the same mind-boggling 21 hours for the Droid RAZH MAXX HD. And we’re talking full 4G LTE here!
The rest of the features remain similar to the predecessors – you can see them below:

The new RAZR HD and RAZR MAXX HD will be running Android 4.0.4 Ice Cream Sandwich out of the box, with a 4.1 Jelly Bean upgrade being available as an OTA upgrade soon after the launch. Of course, the phones come with Motorola’s custom UI, which has become pretty good and stable in the newer versions. Of course, all the Android features are there, and of course, the boot loader is locked so you can’t use custom ROMs – you’ll have to buy the special Developer’s Edition for that.

Motorola has definitely learned a thing or two from the iPhone: they’ve perfected the RAZR design, added just enough changes to make an upgrade worthy and announced two phones that might just be the best Android phones to date – even though they don’t pack the latest hardware, the style and features make them a worthy purchase. The phones will be available by the end of the year, and will most likely cost the same as other high end phones, which is around $200 with a contract.