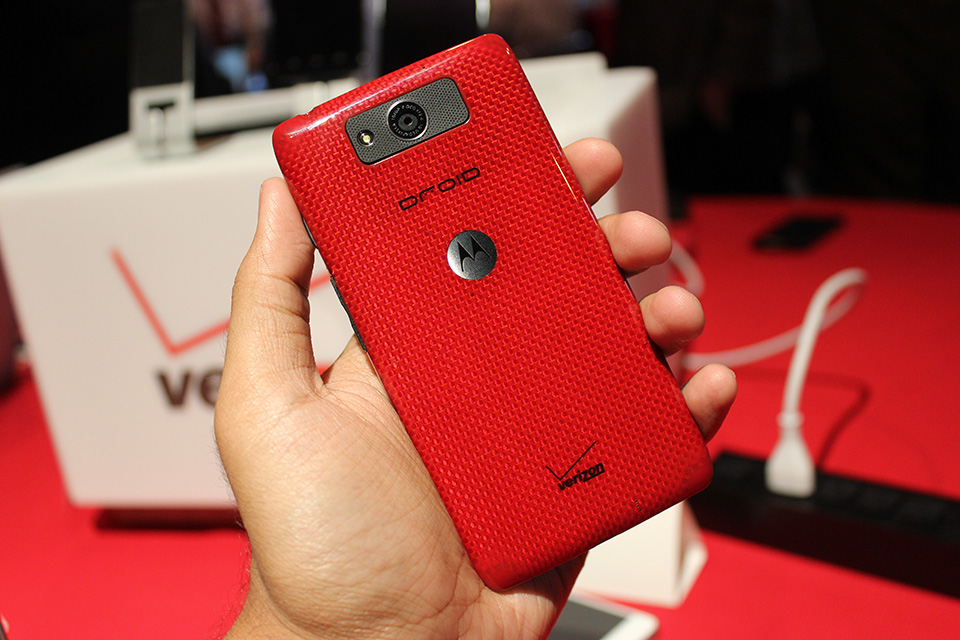 While the Moto X is the most talked about handset from Motorola (and possibly from any manufacturer) right now, the company actually has another smartphone that was just released a few weeks before the much touted Motogoogle phone – the Droid Ultra.

The Droid Ultra is pretty much the Moto X with a different design and a larger display. The device is only available on Verizon, and the weirdest thing is that they also have the Moto X – so how does that work out for them. Let’s take a closer look at the Droid Ultra and see why Verizon thought it would be a good idea to stock it along with the X.

To put it simply, the Droid Ultra looks like a cheaper RAZR M. It’s got the same form factor, the same lip on the bottom, the same location of the camera on the back. What’s missing is the Kevlar woven back cover, which added style to the RAZR M – instead of it we get a plastic cover with a Kevlar weave pattern printed on it – no, not textured, but simply imprinted on it. The actual plastic is glossy and a finger print magnet – it actually very similar to the cover on the Atrix 4G (only not removable), now that I think about it.

That’s not to say that the Droid Ultra is a badly made phone – even though it’s mostly plastic, it’s still sturdy and won’t easily break even if you drop it, but it does not live up to its own name. Unlike the RAZR M, the Droid Ultra has the usual three capacitive navigation buttons right below the display.

The hardware specs of the Droid Ultra are decent, not top of the line, but decent. It also has the unique capabilities of the Moto X, which makes it better.

The display is a 5.0 inch AMOLED unit with a 1280×720 pixels resolution, which is slightly larger than that of the Moto X – normally, that would be a good thing, but in this case it makes the whole device larger – the Droid Ultra doesn’t fit as nicely in your hands as the Moto X (or the RAZR M for that matter). It is quite a bit thinner at 7.2 mm throughout the whole housing, minus a couple of millimeters where the camera is located. The display itself is just as good as that of the Moto X, with great colors, contrast and brightness, and of course excellent viewing angles. 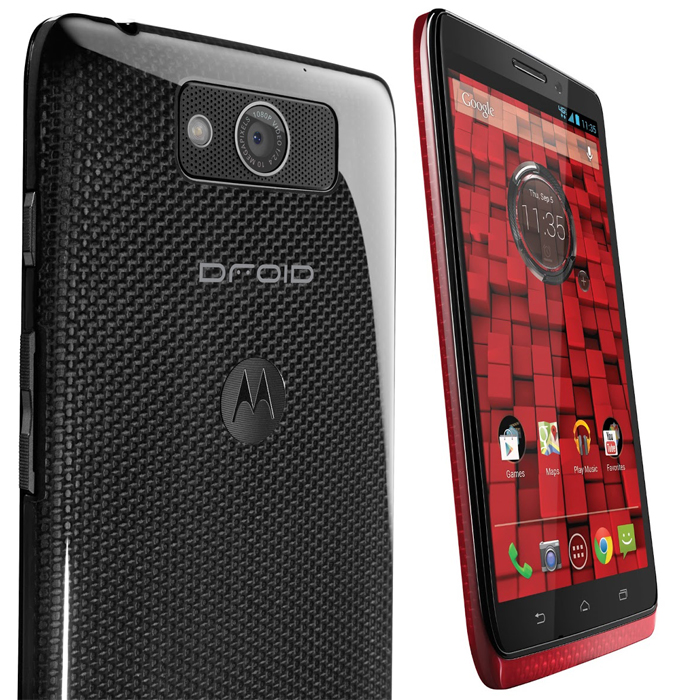 The latter is what makes this phone stand out from the rest and also what makes the older dual core as fast as the newest quad cores – since the two cores are used for voice recognition and other tasks, the two main cores are free for any apps that you might be running. The performance of the device is really good, and a side benefit of having a dual core processor is that it runs cooler than the quad cores.

Storage space is limited to 16 GB of onboard memory, of which only 11 GB are available to the user – while that may be enough for most people in the beginning, it is sure to fill up rather quickly and with no micro SD card slot, you’d have to delete or download a lot of stuff from the phone to your computer. Putting your hopes in a cheaper Verizon data plan looks out of the question, too.

The main camera on the Droid Ultra uses the same RGBC technology as the one on the Moto X – in fact, they are one and the same – a 10 Megapixels unit that can take great photos pretty fast outdoors but is still lacking in low light conditions. It’s got four receptors per pixel, with the additional clear one made specifically to capture more light. It works out pretty well, but doesn’t increase the overall quality of the picture – HTC’s One and Nokia’s Lumia 1020 do a much better job at it. On the front there’s a 2 Megapixels camera that can also take 1080p video.

The other specs are similar to most of the other phones on the market – there’s Wifi AC, Bluetooth 4.0, GPS, NFC, micro USB, HSPA+ 3G (for roaming), 4G LTE, DLNA and even Miracast support (the latter two are probably why the Droid Ultra does not have HDMI out). The battery is a 2130 mAh unit that is smaller than that of the Moto X yet promises to deliver an even longer battery life – up to 28 hours! I am really skeptical of that seeing as there’s a larger display here, but maybe Verizon reduced the processor speed (they’ve done it before, after all) in order to increase the battery life. Still, if you do a lot of web surfing, gaming or watching video, I doubt it will last more than 12-14 hours.

Taking a departure from other Verizon phones, the Droid Ultra comes with the same software as the Moto X – that is, an almost clean Android installation with a few unique features and surprisingly useful Motorola add-ons on top of it.

The most interesting feature, of course, is the always on functionality. As I already mentioned, it uses the two additional cores in the X8 platform to have voice recognition always on and be able to show you notifications on the screen without waking the phone up. It’s really interesting and useful, as you can just tap the screen to see your latest messages, notifications, emails, missed calls, calendar entries, time and date and more. Or you can always say “Okay Google Now” and command the phone to do almost anything, a lot like Siri only completely hands free. 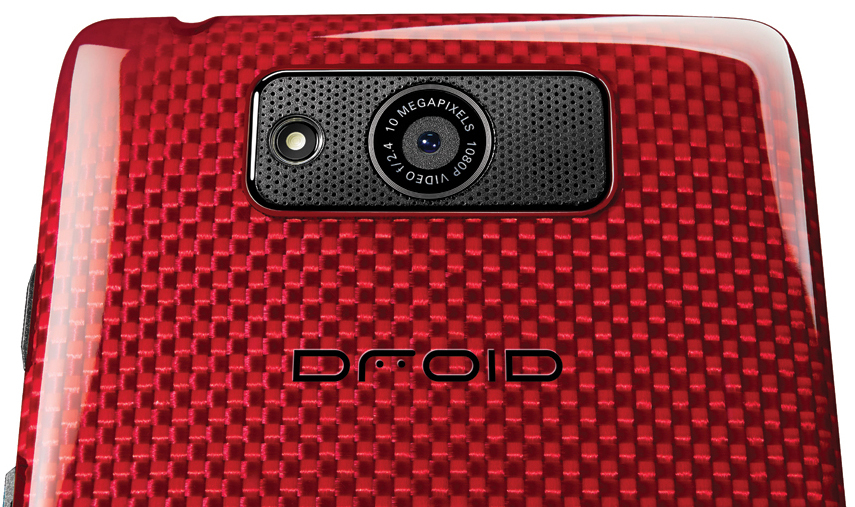 There’s no more Motorola Blur, instead the customizations are limited to a few helpful features like Motorola Assist (basically automatic profile switching), Device ID (which is useful for finding your lost phone remotely), Trusted Devices (disables the security lock when paired to trusted Bluetooth devices), and more.

Just like Motorola’s other phones, the Droid Ultra has a locked boot loader, so it will be of little interest to modders, hackers and people who want their phone to last more than a couple of years without being outdated software wise.

The Motorola Droid Ultra is already out, and you can get it exclusively on Verizon for $200 with a contract or $599 without one (but it’s not unlocked!). That’s very baffling pricing when you consider that the Moto X costs the same, is smaller, will probably have a better battery life, can be customized extensively using the Moto Maker service, is assembled in the US and comes with a few nice accessories (the Skip NFC tag,  Sol Republic Jax headphones and high power charger with two USB ports). There’s really no reason to get the Droid Ultra besides the slightly larger display when you can get the Moto X, so it’s a really weird move on Verizon’s part.