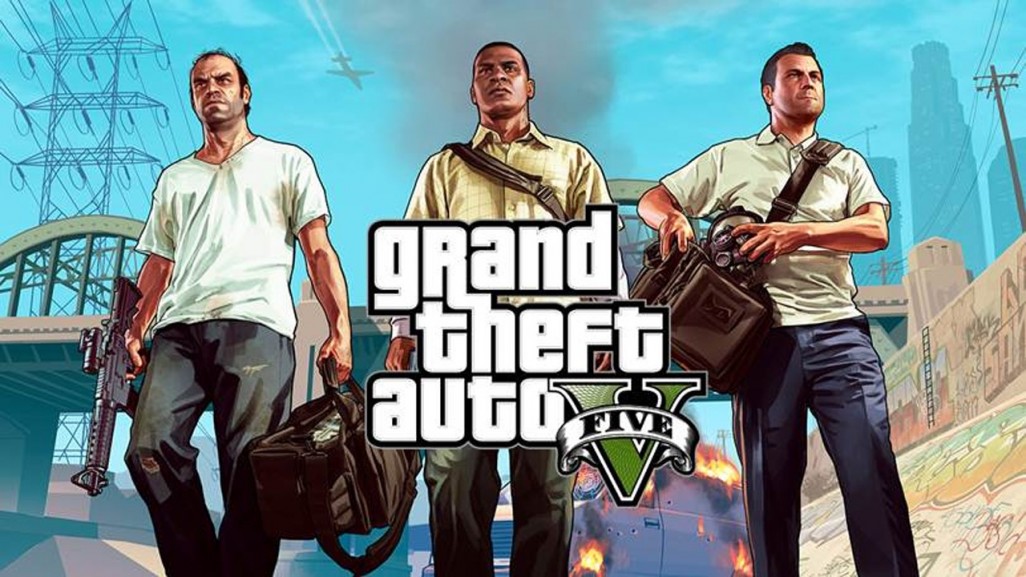 It’s received over 1 billion in sales in its first week, gained a huge 97 out of 100 on metacritic from gamers all over the world, and critics are hailing it the best game of this generation, but what makes it stand out, and does it really live up to all the glory it’s being given? I’m going to be talking you through the highs and lows of the game, the nooks and crannies, and trying to figure out what’s so damn good about Grand Theft Auto Five.

Video games have evolved into more than just virtual entertainment. Many games are now immersive, interactive stories that play out in detail before our eyes. Grand Theft Auto V is the product of a blend of objective orientated gameplay and pure plot content, and this product is great. 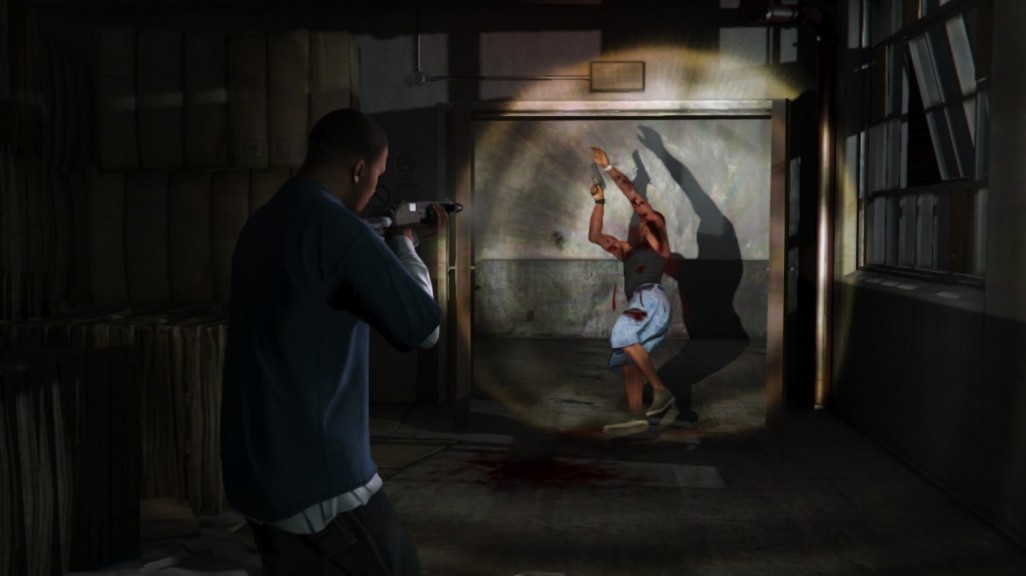 Rockstar have managed to take three slightly clichéd characters and breathe new life into them. The whole three-character story system is a dynamic in itself which grants the story a whole new depth, and the interaction between these characters and others in the plotline make for an action packed video game that makes it hard to put down the controller, just because of the story. I can truly say that is the first time I’ve ever had that experience in any game like this. 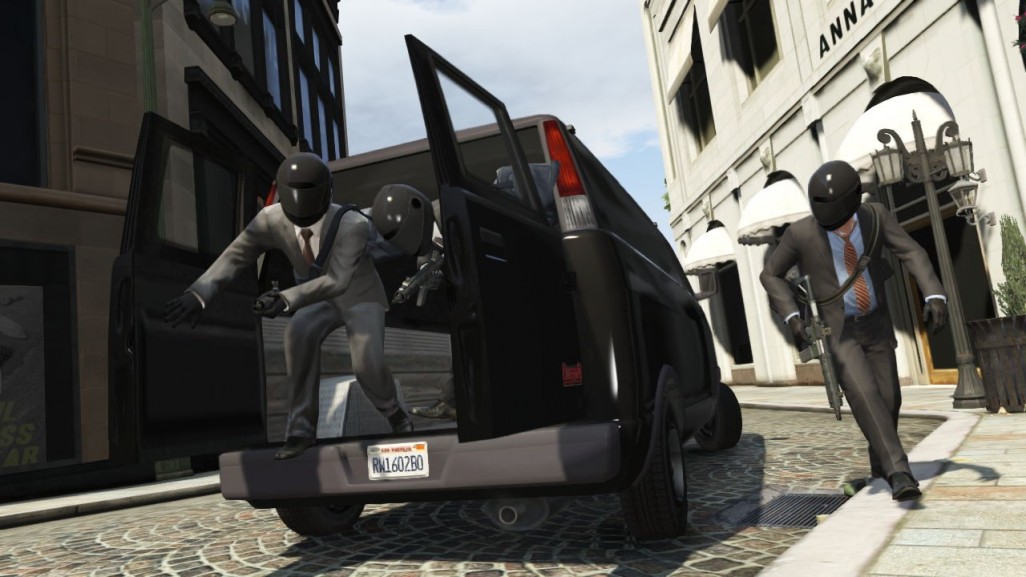 The missions in the story affect the game world around it by changing stock prices, the characters relationships between each other, and in some cases, the environment around them. This is also the first GTA that gives you the option to choose how to play out certain missions. These “heist” missions allow you to build teams, strengthen crew members and ultimately plan out how you would like to go about setting up a criminal heist, and how money should be distributed. 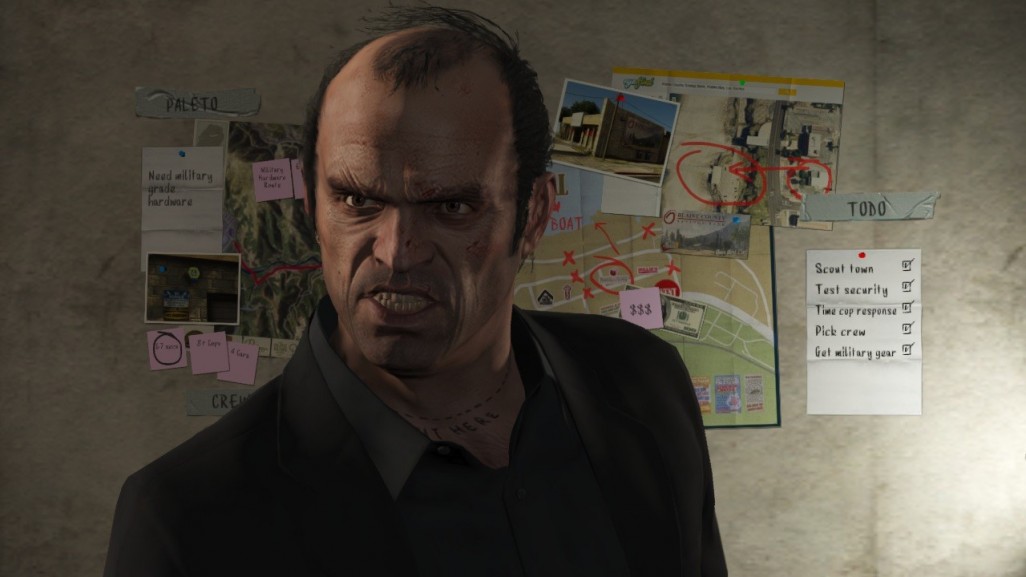 In terms of story, I’d say it’s a hard choice for the top spot when compared to other great titles like this year’s the Last of Us, but if you like crime drama with a hint of dark humor capable of being compared to scenes from Breaking Bad, you’ll absolutely love the story of GTA V without a doubt.

Side Missions and Other Activities- 9/10

Outside of the gripping main missions and plotline, there are plenty of interactions to be had within the game world. There are many strangers and freaks missions which give a bit of insight into the lives of each of the characters, and offer various objective based goals for you to complete whilst you aren’t busy with the main missions. These can be interesting within moderation, but sometimes I feel these missions lack enough depth to rival the main story. 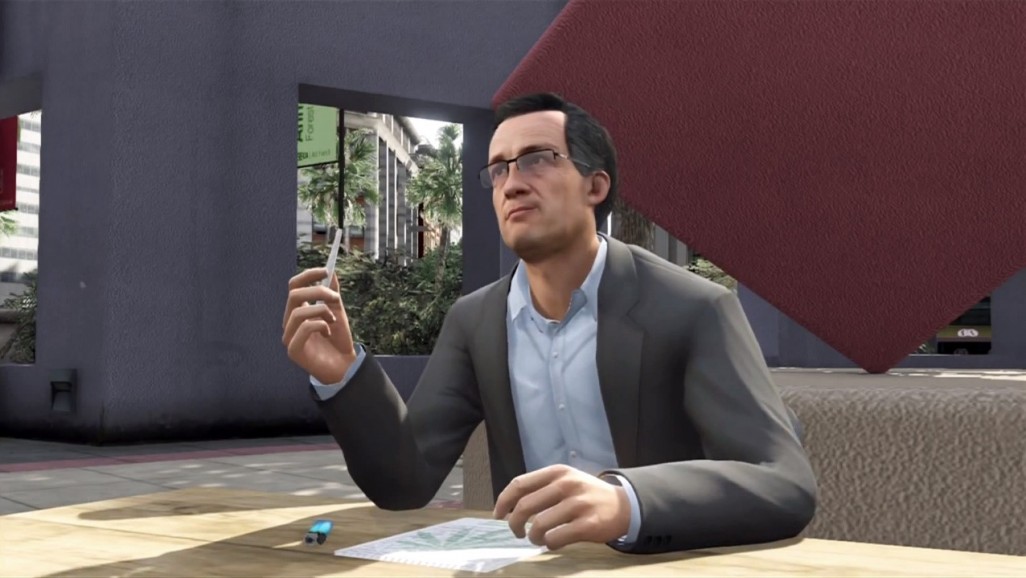 There are of course many other activities in GTA V that can be done outside of each of the character’s personal lives- for example, you can hit it up at your local golf course, or play tennis. Unlike in previous activities from GTA IV, I really can immerse myself in the various activities in the game, and although playing golf in GTA can’t beat a game of Tiger Woods’ PGA tour, it certainly has enough to make it more than just another dull gimmick. 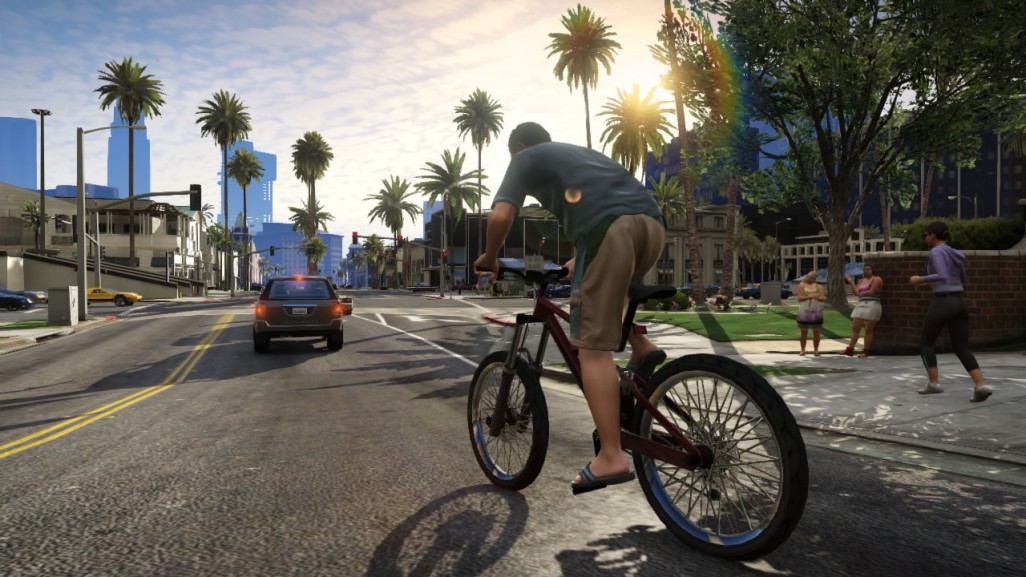 Building relationships in the game through the Strangers and Freaks missions will also open up opportunities to play sports games and other events with the people you’ve helped, adding more depth to the extra activities found around the world. 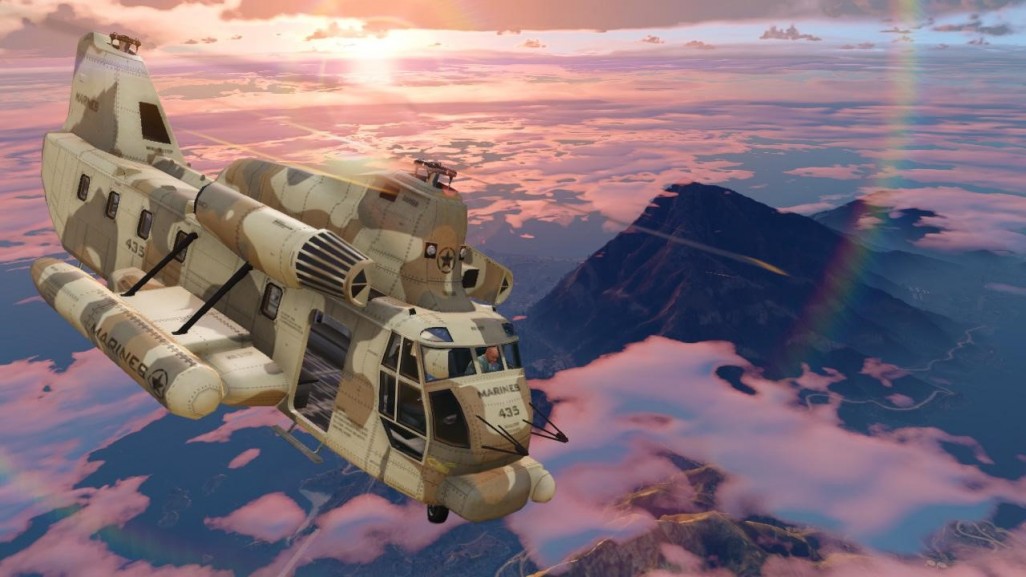 There are also plenty of flight school and shooting range missions that allow you to improve each character’s skill rating, and like every other mission and activity in the game, either a bronze, silver or gold medal is rewarded for completing each mission.

“Even after earning a gold medal in every single story mission, side mission, S&F mission, activity and sporting event, you’ll still feel like the world is open for you”

Once you’ve finished with the main mission, it doesn’t really feel like the game is over. In fact, for me, it felt like it had just begun. I could learn more about the stock markets in the game after I received a story-ending large sum of money, and could make use of the many internet shops that sold anything from bicycles to a $3,000,000 Rhino tank. 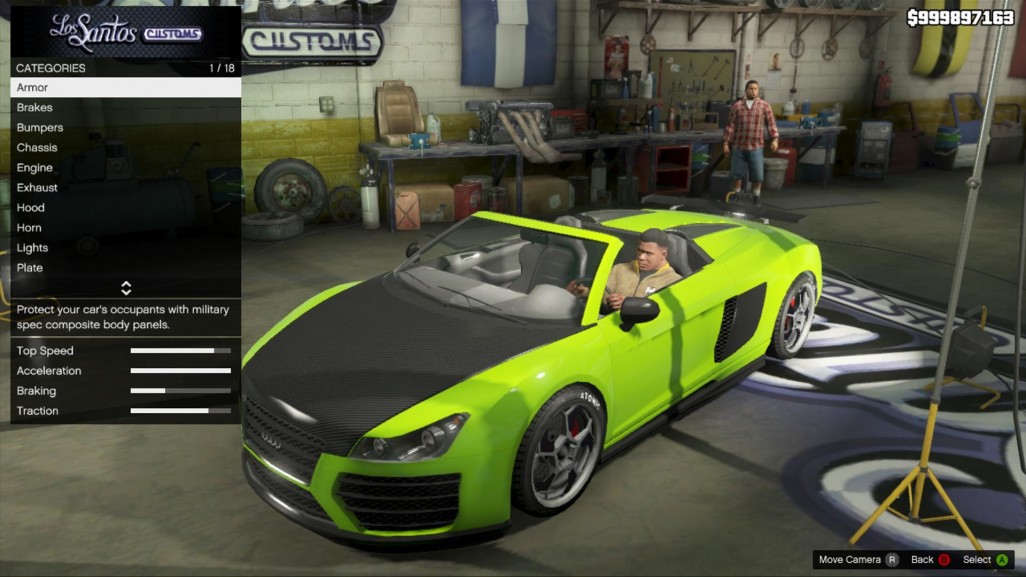 There were also plenty of other strangers and freaks missions left over, and I still hadn’t even tried any of the various sporting events available around the world. 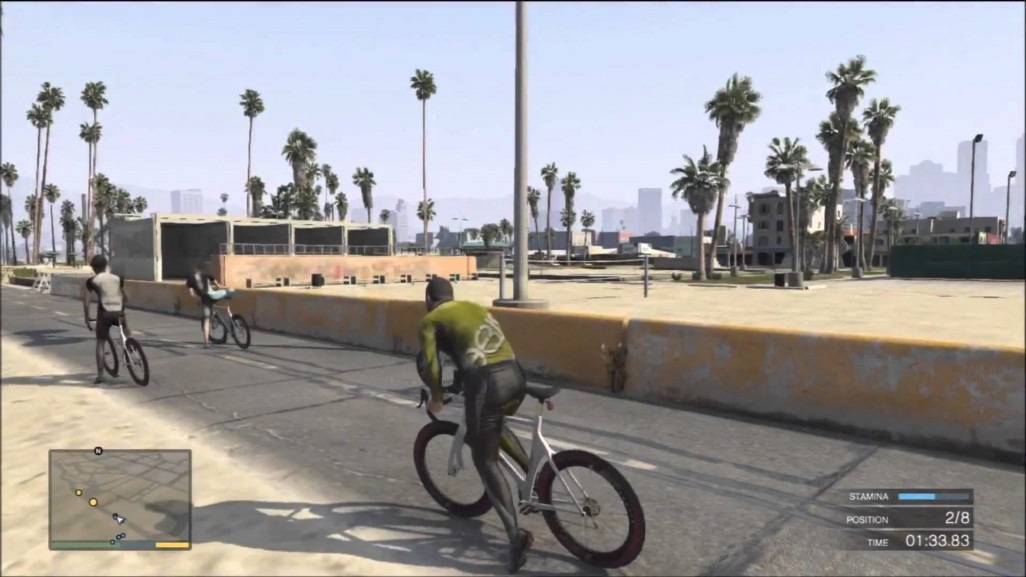 Even after going through everything in the game, replaying missions to complete side objectives, and earning a gold medal in every single story mission, side mission, S&F mission, activity, sporting event and race, you’ll still feel like the world is open for you to have fun with the new driving physics, combat system and melee system against the cops, military or random pedestrians. It feels as if San Andreas really is a living, breathing city and you can fully immerse yourself into it.

“Early on in-game you’ll be lucky to buy a new suit and a pair of sneakers, but as you progress into wealthiness, you’ll soon be able to purchase sports cars, motorcycles and even invest in property, which you can then rent out to improve your cash pile once again.”

The Grand Theft Auto series has always been about money, and in GTA V, you can finally feel like that money actually means something. There really isn’t ever anything you can’t do with your money, and for the first time, you may actually think over the purchases you make because Rockstar have managed to balance out cash earned in-game to make it feel like an important commodity. 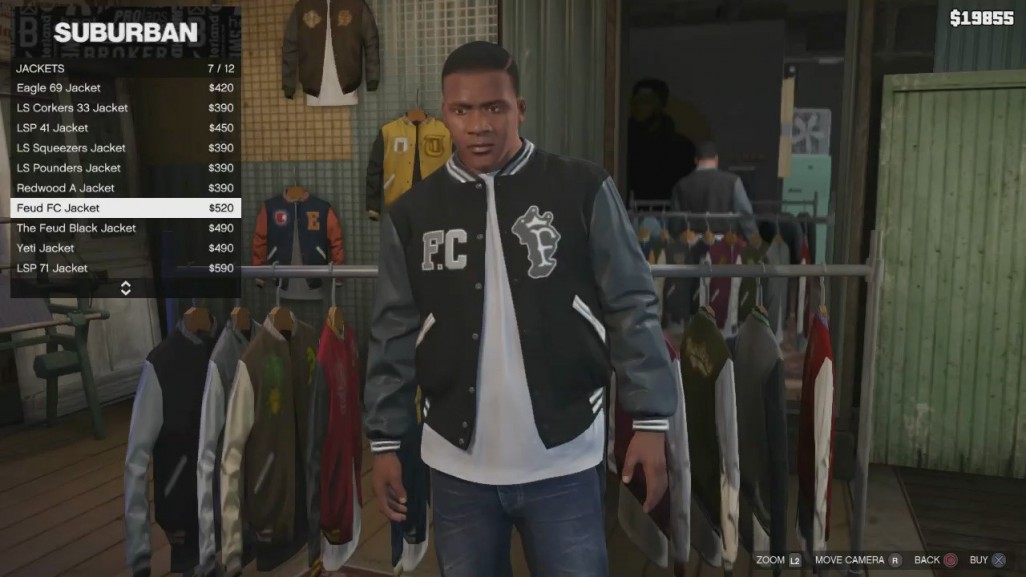 Early on in-game you’ll be lucky to buy a new suit and a pair of sneakers, but as you progress into wealthiness, you’ll soon be able to purchase sports cars, motorcycles and even invest in property, which you can then rent out to improve your cash pile once again. 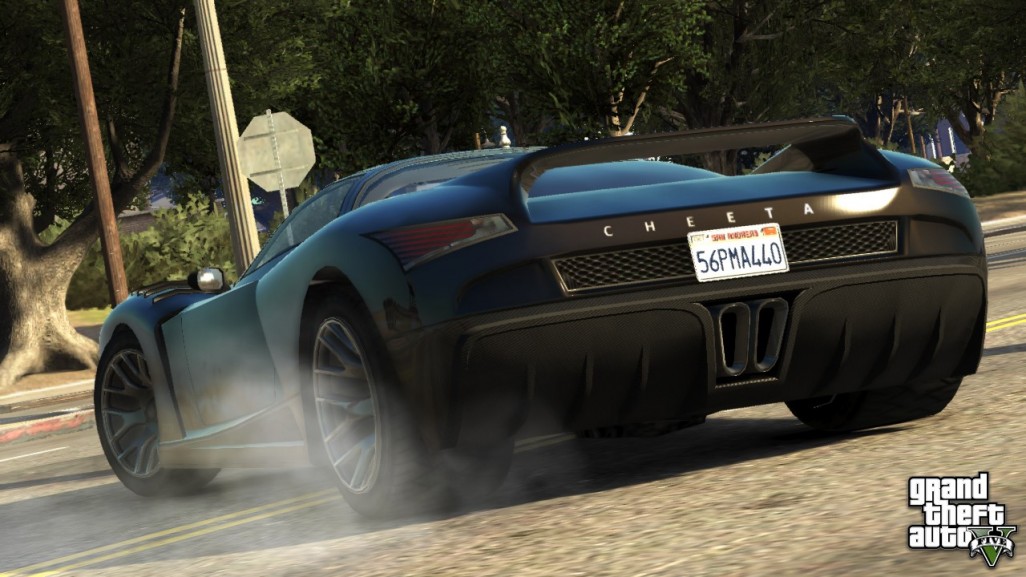 However, I do sometimes feel as if splashing out on a new ride, or purchasing a garage to store my cars can sometimes make me feel a little empty inside- the aspect of working hard to buy a new Truffade Adder sports car for $1,000,000 is often not so appealing when the same exact car can be found and stolen 100 meters down the road from the house of the first playable character. 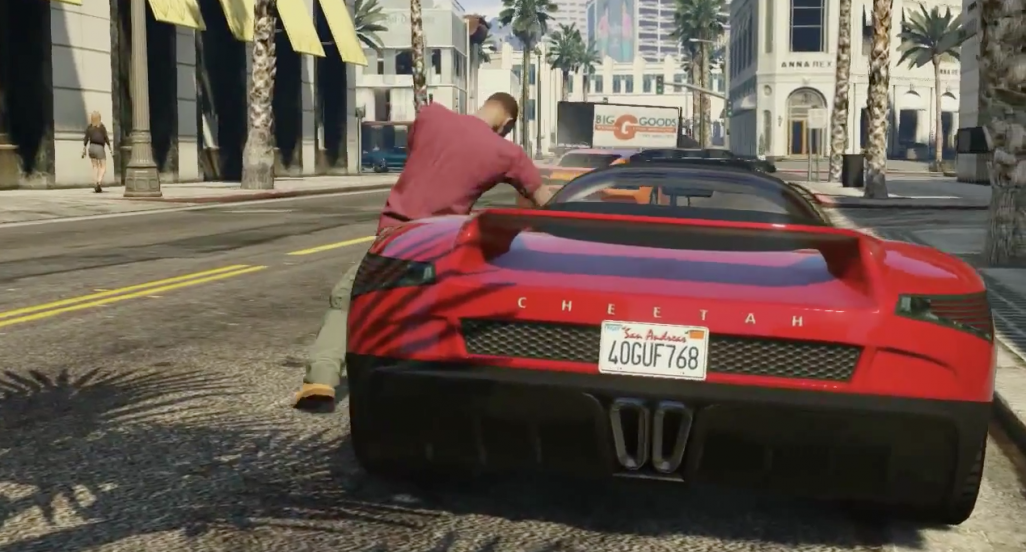 I feel as if Rockstar could do a little better job with the cash-to-reward system in the game, and I really hope they manage to make it work better on GTA Online.

To be quite frank, I still don’t understand how Rockstar even managed to get such an expansive beautiful game on what is considered to be very outdated hardware by today’s standards, and apart from the rare choppy moments here and there, the game plays as smooth as butter. It’s easy to tell the world of GTA V from reality, but when compared to Grand Theft Auto IV, it’s very clear how much of a huge jump Rockstar have made in terms of realism within their graphics.

Grand Theft Auto V has been the most enjoyable game for me this year- I have been immersed into the story so much other life responsibilities were merely drowned out till I had completed it, and after that I felt as if I could relax in the game and just have fun.

Video games have recently degenerated into a state where we only play because we have a slight addiction- we want that next achievement, or want to hit max rank on our favorite multiplayer FPS. In Grand theft Auto V, I didn’t feel like I had to complete anything, I just enjoyed the ride, and one hell of a ride it was.