Trending
You are at:Home»gaming»Grand Theft Auto V released to much fanfare
By sukosaki on Sep 18, 2013 · gaming 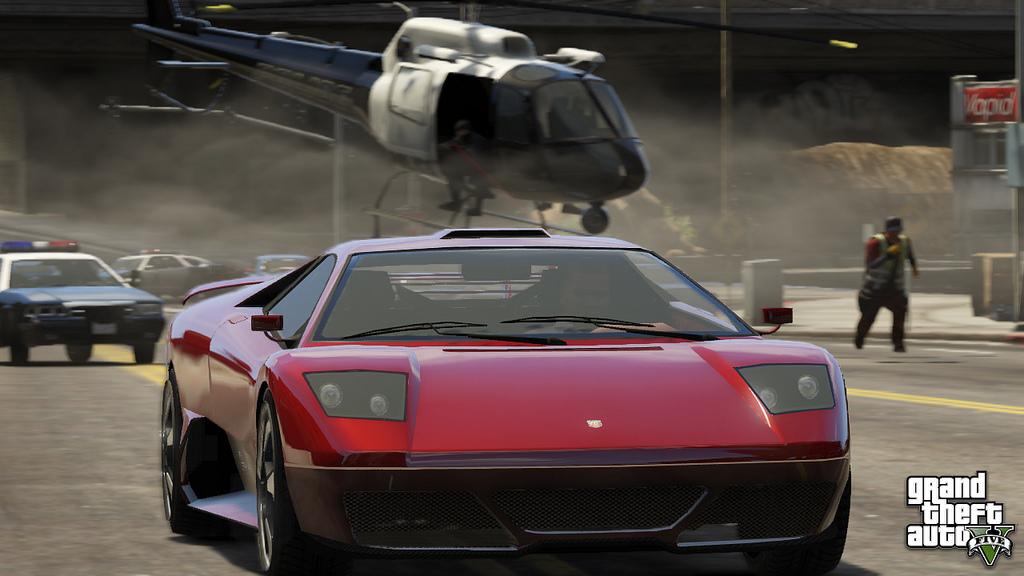 If you are a gamer, then you have been watching the calendar for this week, at least in the United States, because this week, Grand Theft Auto V was released. The release sent gamers out to stores all over the country in hordes to pick up the brand new version of one of the hottest selling game franchise in history. Rockstar Gamers, the company that developed Grand Theft Auto V, reportedly spent more than $115 million creating the fifth installment and another $150 million just to market the game. That might seem like a lot of money and if it does, then you have been sitting around with your Pong game a little too long.

Creating some of the bestselling titles in video game history comes with a price and even though the company forked over more than $250 million to develop and market the game, it is expected to get back more than six times that within the first 12 months. Part of the reason that the amount of money it took to create and market the game becomes news, is that the game is for the Xbox 360, a console that is one its way out as the new Xbox One gets ready for Christmas trees all over the world.

The one good thing that comes away from building a game for a console that is about to be replaced, is the fact that consoles these days are kept for years even after they stop getting support from the company that built them. That gives the gaming community plenty of time to play games, like Grand Theft Auto V, until and even after they upgrade to the newest console. Getting ready to develop games for a new console can take years as there is a long term learning curve that must be taken seriously if you want to develop a game that is going to use all of the features that a console offers.

High definition gaming is one that has taken the gaming world by storm and now that new consoles are being released with more power and more features, developers are going to have to go back to school so they can develop games that gamers are going to want to play. More than 150 million Xbox 360’s and Playstation 3’s are on the market today and even though the Xbox One is getting some nice buzz online, it is not expected to reach numbers like that for years, giving gamers and developers plenty of time to play around with it.