Now that budget smartphones are an everyday occurrence, it was just a matter of time before powerful budget smartphones became a reality as well. We’ve already seen our fair share of affordable devices that packed a punch, and Google’s Nexus 4 just knocked out the competition with its specs and price – $350 for an unlocked unit is a remarkable achievement, especially if you factor in the brand name.

But the price is still quite high, and having only 8 GB of storage space will turn away many potential buyers, not to mention that the phone isn’t available in most countries anyway. Indian users, for example, can’t buy the Nexus 4 right now – thankfully, they have a great alternative in the form of the Lava Xolo A1000 – an affordable smartphone that pushes the limits on the price while still providing great performance and a nice design. 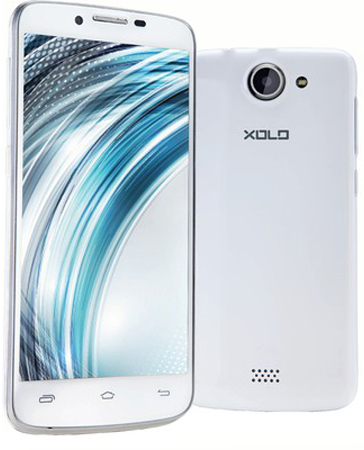 Lava is a recent startup, and it’s virtually unknown in the tech world, although it did make the headlines when they announced one of the first smartphones to run on Intel’s Medfield mobile platform – the Xolo X900. The design of the X900 is on the bland side, although it’s built pretty well (and it’s also a budget phone). The Xolo A1000 steps it up in the design department, with nice curves and a slim profile that everyone should find attractive, and it comes in two colors – white and black. Its strong resemblance to the Samsung’s Galaxy S3 helps it, although I’m not sure it helps the company.

The phone has a large display on the front, with three touch navigation buttons right below it, and the camera and speaker on the back. At 8.8 mm, it’s think enough to compare with any other modern smartphone, and more importantly – the build quality does not suffer from it. The thin profile has been achieved by using what Lava calls One Glass Solution – basically the display, digitizer and glass are fused together, making them all very thin. This is the same technology employed on the iPhone 5 and it also helps make the picture clearer and the viewing angles better.

Speaking of which, the picture quality on the Xolo A1000 would be great even without the OGS screen – the 5.0 inch IPS LCD panel with its 1280×720 resolution is simply beautiful on its own. The picture is sharp, the brightness and contrast are great and of course, the viewing angles are near perfect. Lava didn’t skimp on the important parts, and that helps the phone make a very good first impression.

What the company saved money on is the hardware hidden under the hood. The Lava Xolo A1000 is using the MT6577 platform from MediaTek, which is another relatively unknown provider of (extremely) cheap ARM-based chipsets. MediaTek has been the mainstay of the cheap Chinese tablet and smartphone market for quite a while, and they’ve gotten really good at making high quality affordable chips, with their only drawback being high current consumption and heat.

The battery life, even with a 2100 mAh battery, will be lower than most other similar handsets using Qualcomm, Samsung or any other well-known brand’s chipset. Aside from that, the MT6577 provides a good performance with its dual ARM Cortex A9 cores running at 1 GHz, the PowerVR SGX531 GPU and a full 1 GB of RAM. A special feature is the dual SIM support – if you have two numbers/SIMs, you’ll like this phone (although using both will drain the battery even faster). Even today, that’s more than enough to run any apps and games you can find on Google Play.

The other specs are nothing out of the ordinary – the phone has 4 GB of onboard storage space and a micro SD card slot, Wifi N, Bluetooth, GPS, micro USB port, an FM radio and a HSPA modem that is limited to 7.2/5.76 Mbps download/upload.

The Lava Xolo A1000 comes with Android 4.1 Jelly Bean out of the box, so users will get the best Android experience right away. The interface doesn’t have any customizations, which is a good thing since I don’t know how good they could’ve been on a budget device. If you want customization, however, Android 4.1 is already plenty good at it thanks to the many third party apps and widgets.

One thing I have to say about the software is that some games (and possibly apps) may refuse to install or run because of the unknown chipset – this has been a problem for a long time, but it’s gotten a lot better with Android 4.0. Still, if you play many new games and don’t want to bother editing system files (the build.prop file in this case – it’s just a minute of work, but you have to root the phone), you should be aware of it before going with the A1000 or any other phone with a relatively unknown chipset.

The best thing about the Xolo A1000 is the price – you get all of the above for $259 unlocked, without a contract. That is probably a new record for such a smartphone, and I hope we get to see more of these phones in the future. The downside? You can only get the A1000 in India right now.