Trending
You are at:Home»Android»Budget Moto DVX Could Come with 4.5 Inch Display for $200
By Ollie Green on Oct 8, 2013 · Android 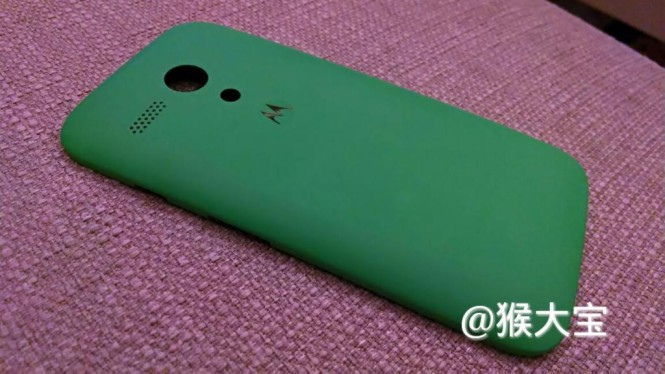 Whilst Motorola work on bringing its Moto Maker service to more carriers, it has also been rumored to be working on a budget Moto handset named the Moto DVX.

Thanks to new reports and leaks, we may now have some information on the hardware specifications. According to a fairly known Chinese leaker, Houdabao, the budget Moto DVX will be manufactured with a 4.5 inch non-super AMOLED display, a dual-SIM card slot, and removable colored covers.

The colored covers could be similar to the same interchangeable covers available for various Nokia Lumia Windows Phone devices, which allow owners to swap to a different cover for their phone at any time.

According to the same report, the budget Moto DVX will come with the same X8 chip found inside the Moto X. This chip includes a dual core Snapdragon CPU, a quad core GPU and some other low power processors that can be used on light tasks to save battery.

It seems these hardware specs are very similar to the Moto X, with the inclusion of dual-SIM support and a less impressive screen.

The Chinese market tends to be very different to the western smartphone market though, and prices tend to be a lot cheaper. Most manufacturers also develop dual-SIM variants specifically for China and keep single SIM variants for over in the United States and Europe.

If the Moto DVX had more westernized hardware, it would probably have a price similar to that of the Moto X and it would most likely lack the extra SIM card support.

Because of this, it’s looking like the budget Moto DVX will be a handset manufactured specifically for China.

However, if Motorola could make a budget Moto handset for western markets that could rival the price of the Nexus range, they may be able to improve sales and stand a better chance at becoming more renowned in the smartphone market.

Perhaps the budget Moto DVX at $200 is what both Motorola and smartphone owners need.